THE Canaries’ return to the Premier League has so far been notable for the heroic victory over reigning champions Manchester City last month. With Daniel Farke’s men just one point above the relegation zone, it is time they started winning games like this one against Villa too.

Norwich’s wonderful success over City, which won acclaim from so many for Farke’s tactics and his team’s football, has been followed by back-to-back 2-0 defeats against teams they would have at least expected to give a game to — Burnley and Crystal Palace.

Even goalscorer extraordinaire Teemu Pukki has gone quiet for a couple of weeks. 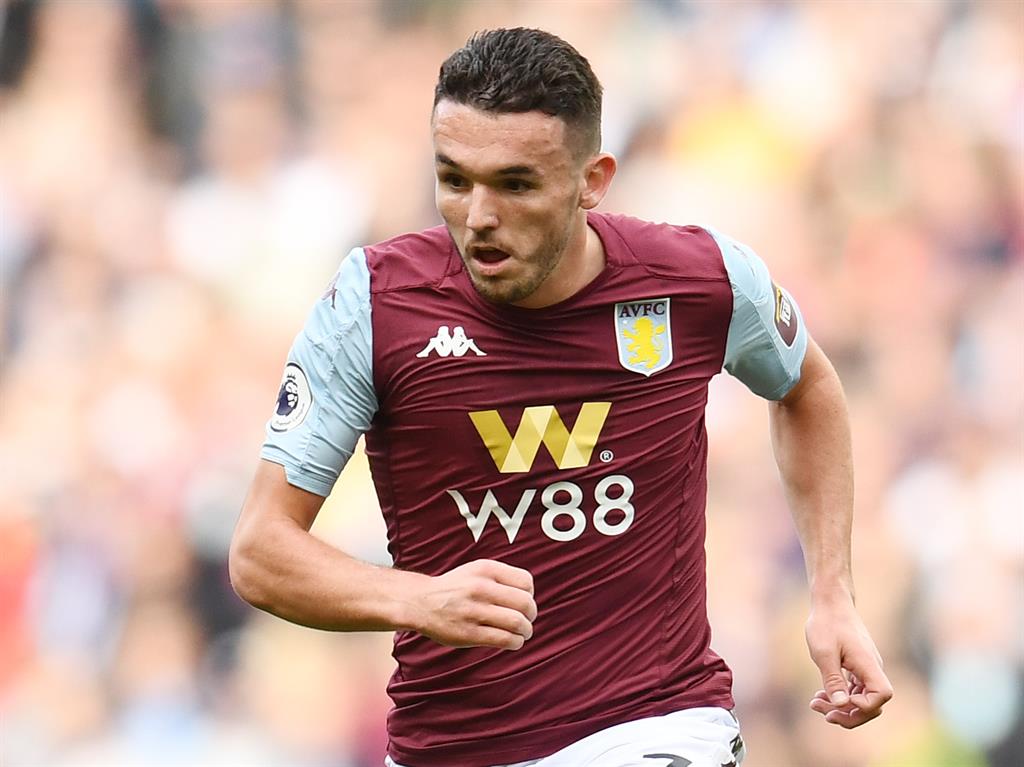 So what do Farke’s side need to do to rediscover the style that saw Pep Guardiola’s free-wheeling title winners dismissed, or even return to their promotion-winning form of last season? It is clear they rely heavily on the goals of Pukki and the artistry of Argentinian playmaker Emi Buendia (pictured top). So, put bluntly, the rest of the Canaries players need to start chipping in. Patrick Roberts — on loan from City and now 22 — must get his chance, surely.

Their opponents tomorrow have plenty more forward options but have scored just eight goals in their seven matches since following their hosts back to the top flight via the play-offs.

Dean Smith brought in 12 players over the summer and it looks a little like he is still trying to find his best XI — though not to the extent Fulham struggled with basically a whole new side last term.

Skipper Jack Grealish remains their driving force, while Anwar El Ghazi and John McGinn have the makings of a very fine supporting cast. McGinn (pictured above), in particular, appears a snip at the £2.5million Villa paid Hibernian in 2018. He can unlock defences and will be sure to rattle Norwich.

However, despite the positive signs, they have just one Premier League win under their belts — one less than the Canaries — and sit in the bottom three going into this one.

Villa must learn fast if they are not going to flatter to deceive. For both, this is the sort of fixture that might just determine if they can extend their stay at the top table.

■ 44 — Per cent of Norwich’s goals have involved Buendia (four assists, no goals) 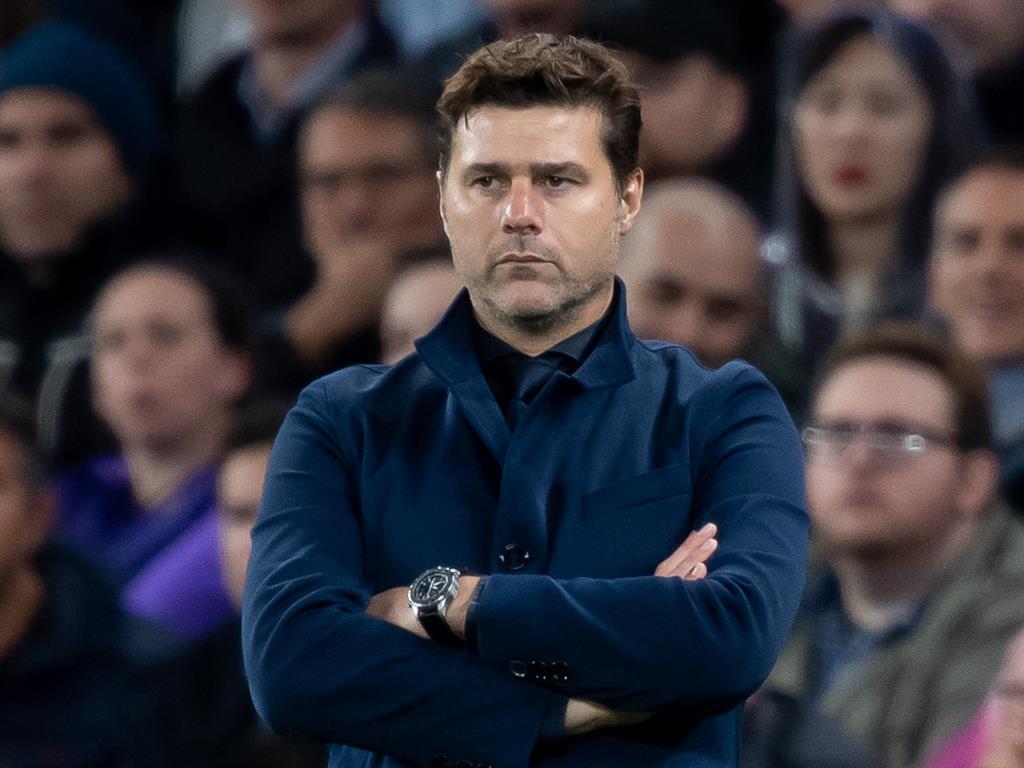 How Tottenham react to the heaviest home defeat in their 137-year history could give an indication about boss Mauricio Pochettino’s (pictured) future. The Argentinian’s grumbles suggested all was not well behind the scenes long before the 7-2 humbling by Bayern Munich. Visiting a Brighton team without a league win since the opening day of the season may offer some solace, particularly with Graham Potter’s side earning a reputation for nice football without much end product. 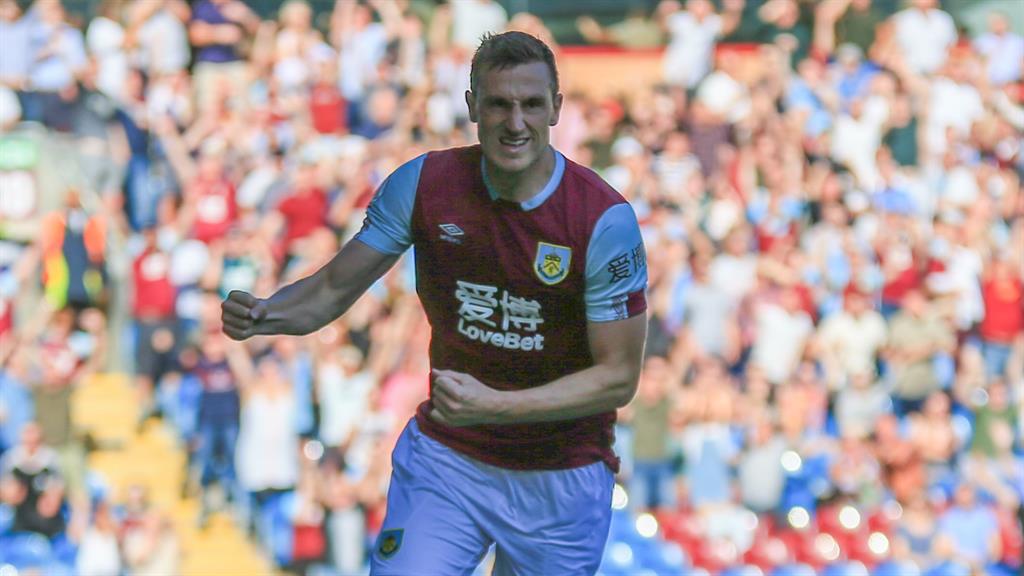 Everton have erected a screen to stop prying eyes at their training ground but with Marco Silva’s side averaging a point a game, you can’t imagine the spies are flocking to Finch Farm. You usually know what you’re getting with Burnley, a 4-4-2 formation, but with the Clarets trailing at Aston Villa last week, boss Sean Dyche salvaged a point with three up front, Jay Rodriguez and Ashley Barnes either side of Chris Wood (pictured). 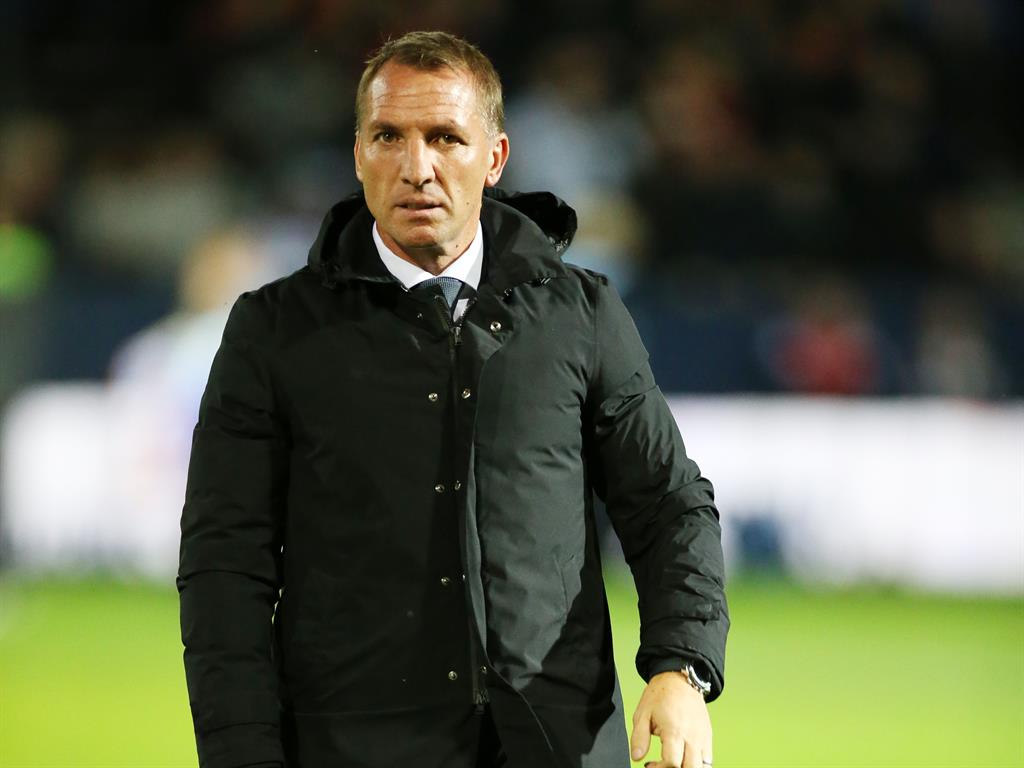 The Foxes were the last visiting team to take a point at Anfield — and Claude Puel was their manager then. Leicester’s 5-0 win over Newcastle underlined their transformation under ex-Anfield boss Brendan Rodgers (pictured). But the Reds haven’t won 16 consecutive Premier League games without good reason and even when they are below-par, as they were at Sheffield United, they find a way.

ONE TO WATCH (BRENDAN RODGERS / LEICESTER): The Leicester manager admits he has not been back to Anfield since being sacked as Liverpool boss four years ago.

Given his subsequent success with Celtic and now Leicester, it feels some people are reluctant to give Rodgers his due credit, no doubt partly because of a perception of arrogance.

But anything other than a tremendous reception from the Liverpool fans tomorrow would be unjust. Would Jurgen Klopp have had his subsequent success without Rodgers dragging the Reds back to the top table — both in terms of results and style of football?

He may have ultimately fallen at the final hurdle when it came to silverware but his record on that front north of the border was astonishing and his Leicester side appear the most likely to break the Big Six.

A Foxes victory tomorrow and Rodgers really will have cause to puff that chest out. 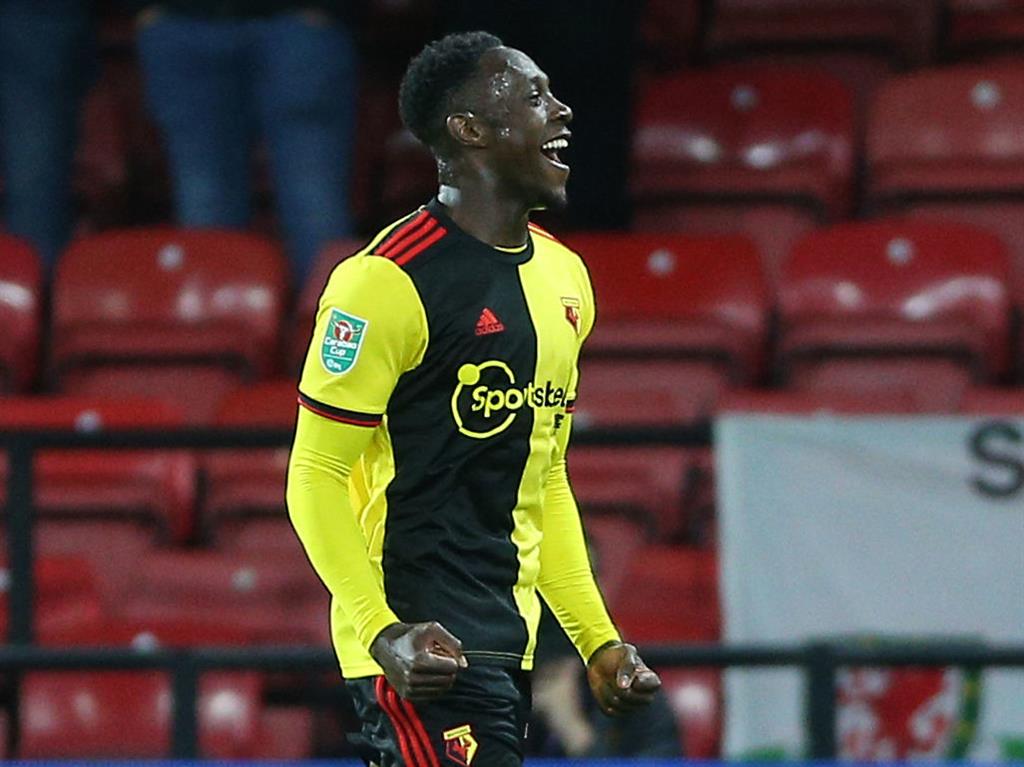 Blades manager Chris Wilder got stick for comments after their 1-0 home defeat to Liverpool but it was refreshing to see a boss refusing to accept defeat as an inevitability rather than coming up with the usual platitudes. Defeat at Wolves last time leaves Watford as the only top-flight side still to win and they have conceded four more goals than anyone else, but at least former Manchester United and Arsenal striker Danny Welbeck (pictured) made his first league start for them.

■ 5 — Own goals for Watford since the start of last season, more than any other side 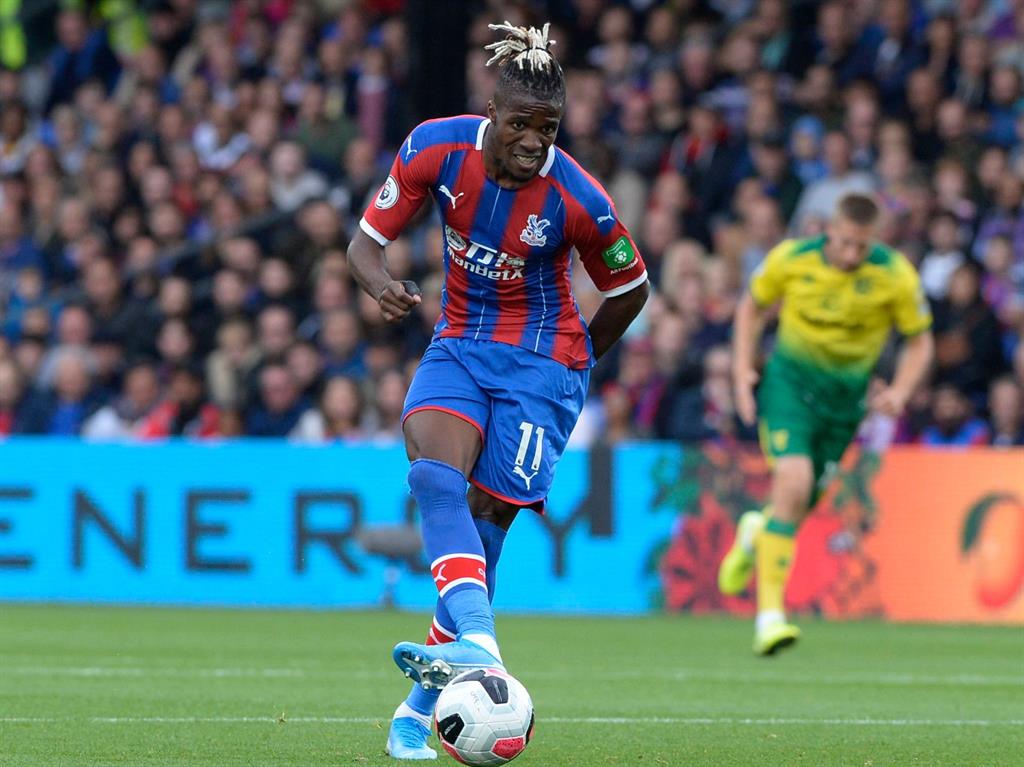 The Hammers have something of a goalkeeping crisis with Lukasz Fabianski sidelined for a couple of months with a hip injury. Roberto looks set to deputise despite looking unconvincing in the 4-0 Carabao Cup humbling at Oxford and, given his performances for Liverpool, releasing Adrian in the summer suddenly doesn’t look such a great idea. Wilfried Zaha (pictured) was back to his best for Palace in their 2-0 win over Norwich but it is defensive solidity that has lifted Roy Hodgson’s side into the top half. 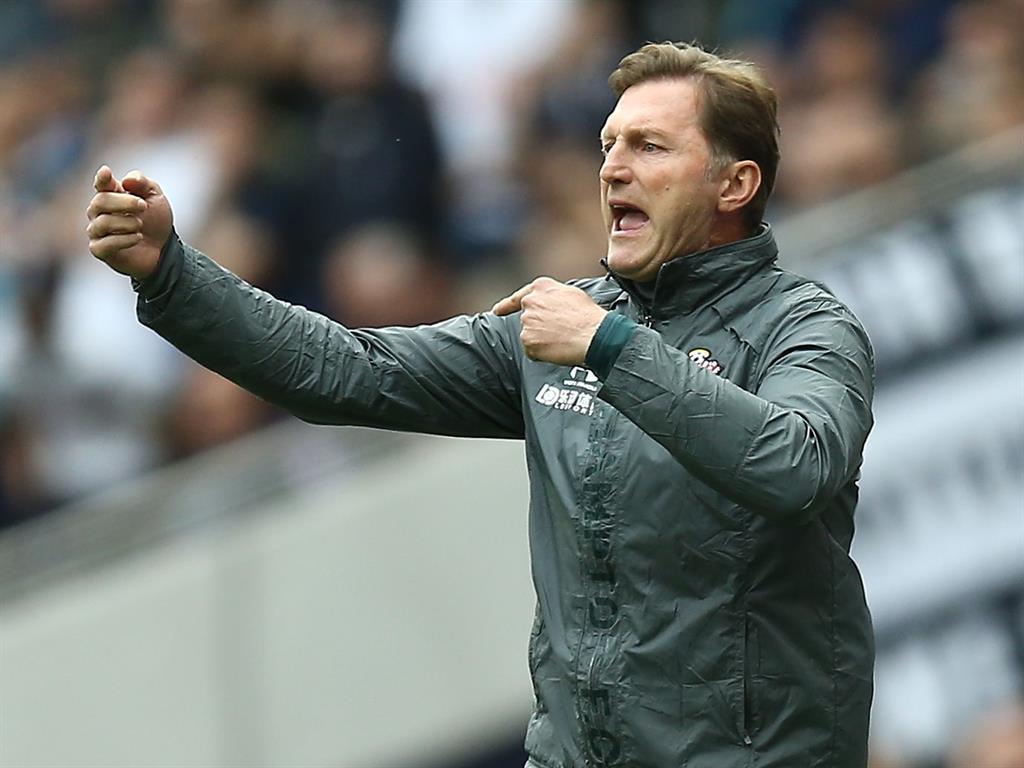 Chelsea look for their third consecutive win on the road after getting a combined eight goals at Norwich and Wolves. In contrast, Ralph Hasenhuttl’s (pictured) Saints haven’t won at home in the league since April, six games ago, and their lack of cutting edge was evident as they lost 2-1 at Tottenham last Saturday despite playing the last hour against ten men. Defeat in front of the Sky cameras on Sunday could leave them in the drop zone.

■ 6 — League visits Chelsea have made to St Mary’s without defeat, winning five 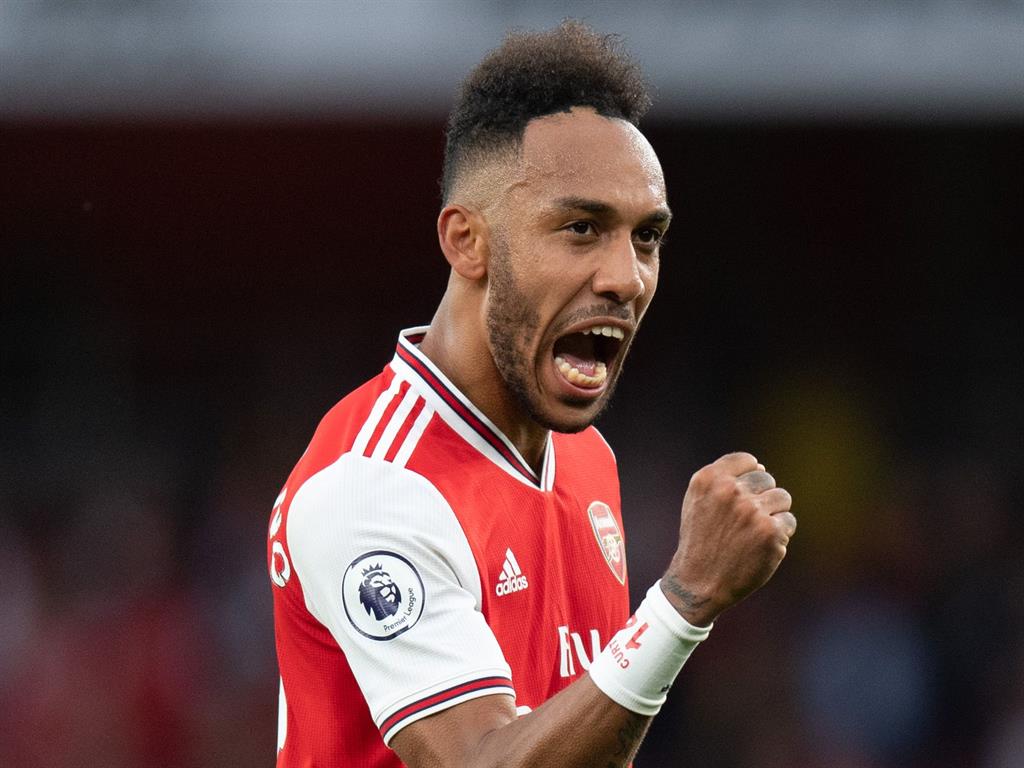 There was a time when drawing 1-1 at Manchester United would have been a good result for Arsenal but it merely underlined their over-reliance on Pierre-Emerick Aubameyang (pictured). Despite being in the top four, the biggest cheer for Gunners fans has come courtesy of Tottenham’s fall from grace. Eddie Howe may not be finding the end-to-end action in Cherries matches easy to watch but they are punching well above their weight again. Arsenal’s dodgy defence be warned.

■ 25 — Goals scored in Bournemouth’s seven games so far, 13 of them by the Cherries 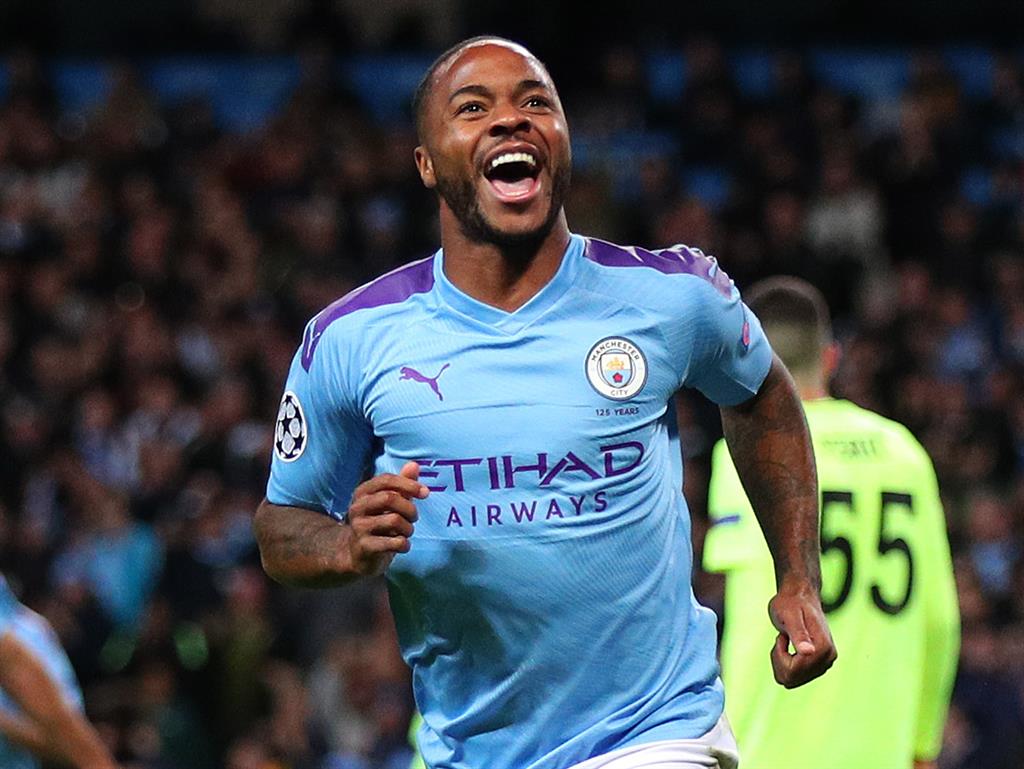 Wolves head to the Etihad on the back of a much-needed first Premier League win but Nuno Espirito Santo’s regular claims that his side are feeling tired hardly augurs well ahead of a trip to the champions. City thrashed Watford 8-0 in their last home game, although they found Dinamo Zagreb rather harder to break down in the Champions League, when the introduction of Raheem Sterling (pictured) as a second-half substitute proved crucial. 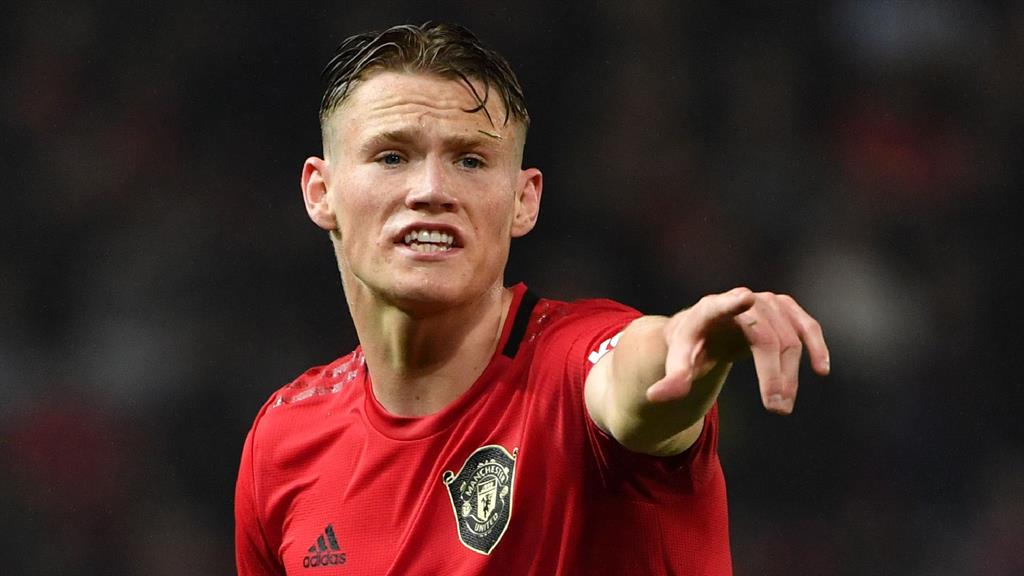 Newcastle’s players may have been expecting extra training sessions in the wake of their 5-0 humiliation at Leicester but boss Steve Bruce was so angry he instead told them to stay away from training. Bruce feels some of his players are hiding behind his controversial appointment and the same might be said of some of Ole Gunnar Solskjaer’s United stars. Scott McTominay (pictured) not only scored their goal in Monday’s 1-1 draw with Arsenal but he was also their best player. No disrespect to the Scot, but that says everything.