​THE title pressure is firmly on Manchester City this weekend as they face probably the toughest of their remaining three Premier League fixtures.

City went back to the summit after an impressive dismantling of Manchester United on Wednesday and will be bouncing when they head to Burnley.

But while it is a stretch to imagine title rivals Liverpool collecting anything other than three points at home to long-since relegated Huddersfield tonight, the same cannot be said of City’s trip to Turf Moor. 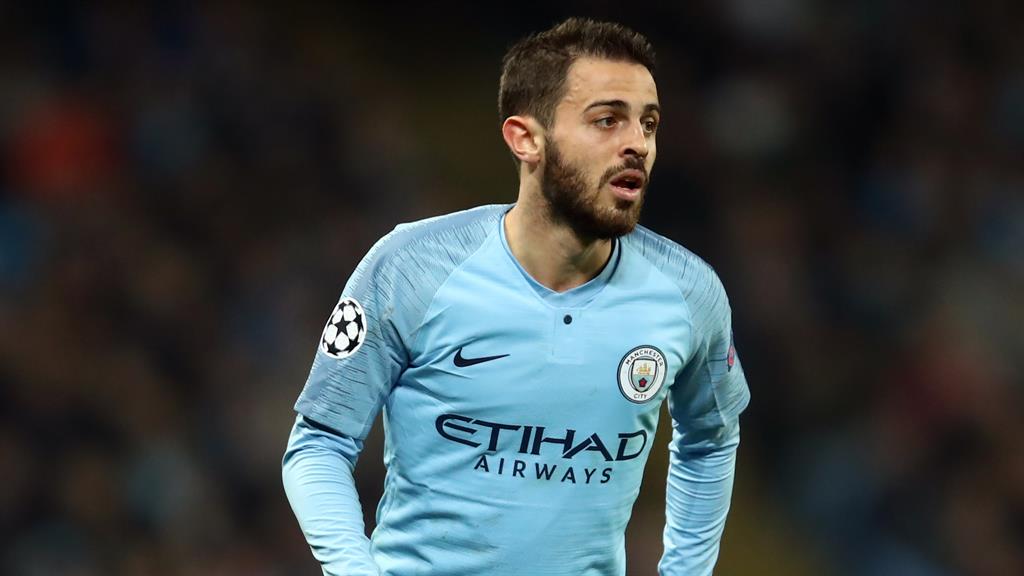 The Clarets all but confirmed their top-flight status for another season with a hard-fought 2-2 draw at Chelsea on Monday and the fact they have done that with games to spare is a remarkable achievement for a side that reached the midway point of the season with 12 points.

Indeed, Sean Dyche’s men have been producing top-six form ever since. They have 28 points from 16 games in a hugely impressive haul even if they ruffled more feathers with, in the words of their manager, a few ‘handbags, bumbags, manbags’ and a first-half booking for Tom Heaton at Stamford Bridge, where it was also alleged Chelsea boss Maurizio Sarri was abused by the visitors’ bench.

But Burnley keep on delivering in a league where their wage bill of £58million is roughly 20 per cent that of City’s. You have to say, though, whatever it is City’s Sheikh Mansour pays Bernardo Silva, it is worth every penny.

The little Portugal playmaker made his 100th appearance for the club at Old Trafford and marked it with the crucial opening goal. But more than that, he has been superb for City this term and would push Virgil van Dijk and Raheem Sterling very, very close in any player-of-the-season poll.

Happily for City, those alongside him justify their wage packets too. Sterling has been brilliant, Sergio Aguero near perfect, David Silva a genius and Leroy Sane sealed victory at United. They will, however, need to roll up their sleeves in order to get all three points this weekend and keep the title race in their own hands.

■ 22 — Matches without a goal for Burnley’s Jack Cork

■ 100 — City games for Bernardo Silva, who scored their 156th goal of the season at Old Trafford in midweek 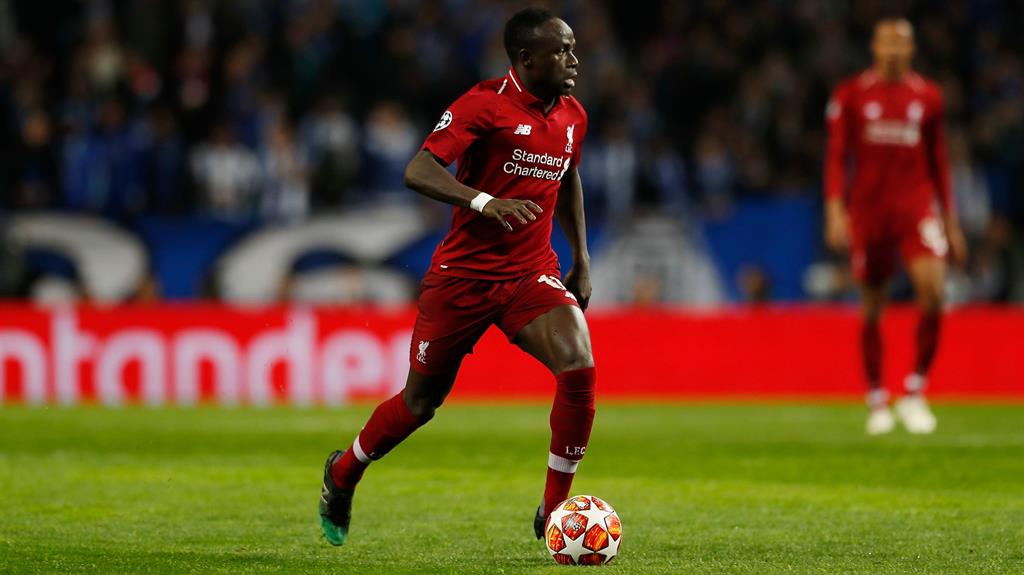 When you are already relegated, bottom of the pile and with just 14 points to your name, a trip to play a Liverpool side chasing the title is only heading one way. Huddersfield chief Jan Siewert will hope his men can play with pride in their last trip to a big-six side as a Premier League team. For now anyway. The reality is Sadio Mane and Co will expect to tear the Terriers apart. One positive is Karlan Grant, who will surely score goals in the Championship next term.

The first real test of the policing and security measures at Spurs’ new stadium is set to come tomorrow lunchtime against their old rivals. West Ham have in truth been on their ‘olidays for a while now and will be happy to see the finish line after four games without a win. Spurs should handle this professionally enough, though next week’s Champions League semi-final, first leg with Ajax will be in the back of their minds.

Both nicely placed and safe from harm, while not troubling the top of the Premier League, this is a hard one to call. The Eagles’ recent win, lose, win, lose record says it all. They pulled off a win at Arsenal last weekend but are capable of going from the sublime to the ridiculous. The Toffees have come to life with the campaign all but over, a 4-0 win over Manchester United their season’s highlight and lifting them up to ninth in the table. 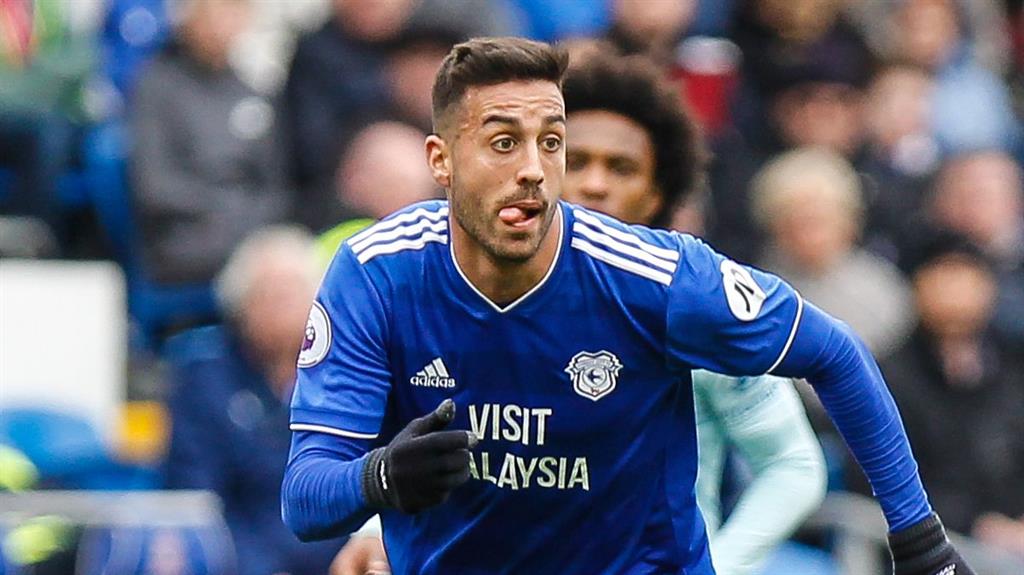 Craven Cottage may be hosting Championship football next season but their visitors are still in there fighting. Neil Warnock will be hoping for more justice for his Bluebirds side in their battle to stay up. This is one of two winnable games left for Cardiff — Crystal Palace follow next week before a visit to Manchester City — and they will need playmaker Victor Camarasa at his best if they are to get out of it. Can Fulham burst their bubble?

This is a recent derby in Premier League terms, the teams only having crossed swords for the first time in the top flight in 2015. But it is one Saints are not very good at. In fact, they have won just one of seven meetings with the Cherries since Bournemouth’s promotion in 2015. Southampton will aim to utilise the speedy Nathan Redmond and classy James Ward-Prowse to maximum effect for the points needed for safety.

■ 500 — Career matches as a manager for Cherries boss Eddie Howe

It is hard to imagine this being quite as dramatic as the FA Cup semi-final which saw Watford come back from two goals down to win 3-2. In-form Gerard Deulofeu got two in that game and another brace in the weekend win at Huddersfield, although the Hornets needed Andre Gray’s late goal to claim a midweek draw with Southampton. Wolves ended their rather flat spell since Wembley by downing Arsenal with a three-goal first-half blast. 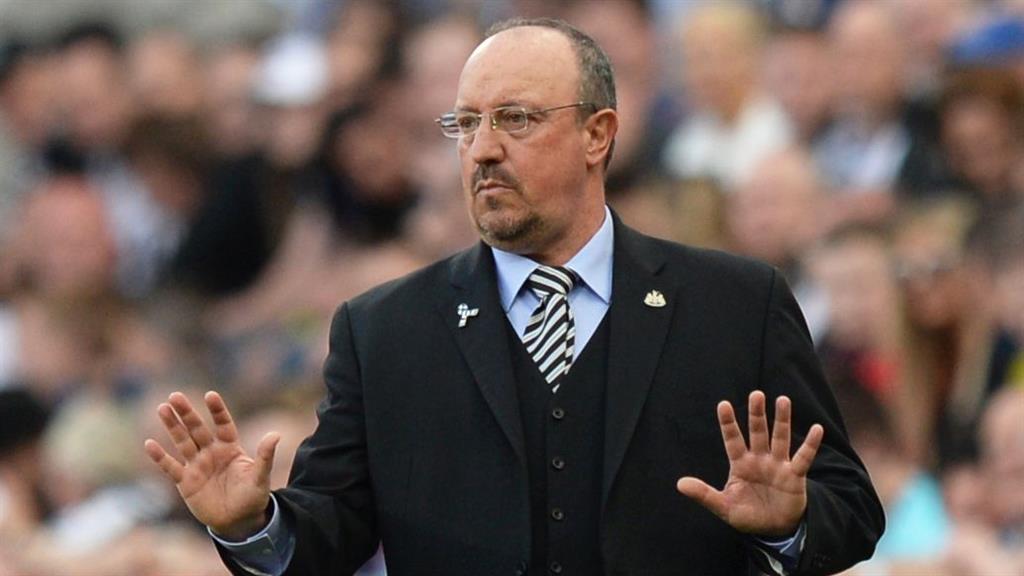 The Seagulls’ attempts at boring their way to safety were rocked by Christian Eriksen’s late winner for Tottenham on Tuesday. Defender Shane Duffy had their only on-target attempt in north London but the Seagulls enter the final three games with a three-point advantage and superior goal difference over third-bottom Cardiff. Newcastle are long since safe but Rafa Benitez’s men have not hit the beach yet — they are seeking a third consecutive win.

ONE TO WATCH: FLORIN ANDONE/BRIGHTON 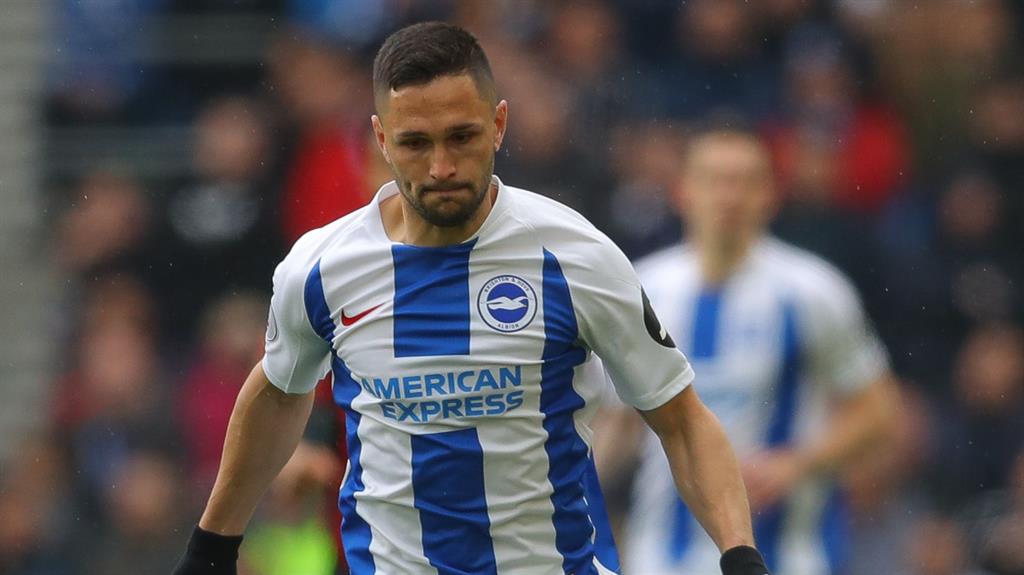 Who would want to be a Brighton striker at the moment?

The Seagulls have not scored a Premier League goal since March 9 and they have not exactly been knocking on the door either.

In the six league games since, they have also managed just six attempts on target.

During the Seagulls’ rearguard action at Tottenham on Tuesday, Andone was left feeding on scraps but the Romania frontman’s work-rate and endeavour could not be faulted.

He got one brief view of goal when he raced clear and cut inside Jan Vertonghen, only for Danny Rose to make a brilliant block as he prepared to let fly. But it sums up Brighton at the moment that the most upset he caused Spurs was how slowly he walked off when he was substituted.

Surely Brighton will be more adventurous at home to Newcastle tomorrow. You never know, Andone might even get a chance to add to his five goals this season.

High noon at the King Power and a chance to see the up-and-down Foxes face the travel-sick Gunners reeling from back-to-back defeats to Wolves and Crystal Palace. Leicester are a different beast under Brendan Rodgers and will aim for Europe next term now they have remembered how to attack. They should be challenging, given the talent in their side. Jamie Vardy will relish the chance to run at Shkodran Mustafi and Sokratis Papastathopoulos.

■ 1 — Victory for Leicester over Arsenal in the last 19 years. it came last year

Ole out? Not quite but it will not be long until Mr Solskjaer finds himself under pressure if next season starts the way this one is finishing. Seven defeats in nine have left United out of Europe and flagging in the race for the top four. It really is back to square one at Old Trafford. But flaky Chelsea may provide ideal opposition, although a spot of Eden Hazard magic could add to United’s woes. And do not let Roy Keane anywhere near Paul Pogba.

■ 12 — Matches without a clean sheet in all competitions for United