THE Premier League will promote its own anti-discrimination campaign and not Black Lives Matter on players’ and officials’ shirts this season.

Black Lives Matter was adopted by the top flight when football resumed in June following the movement which gained momentum following the death of George Floyd at the hands of police.

Players and officials wore the logo on their shirts and players’ names were initially replaced by ‘Black Lives Matter’.

But yesterday, club captains were consulted over the change for the new season, which begins this weekend, which will see the league’s own No Room For Racism statement displayed instead. 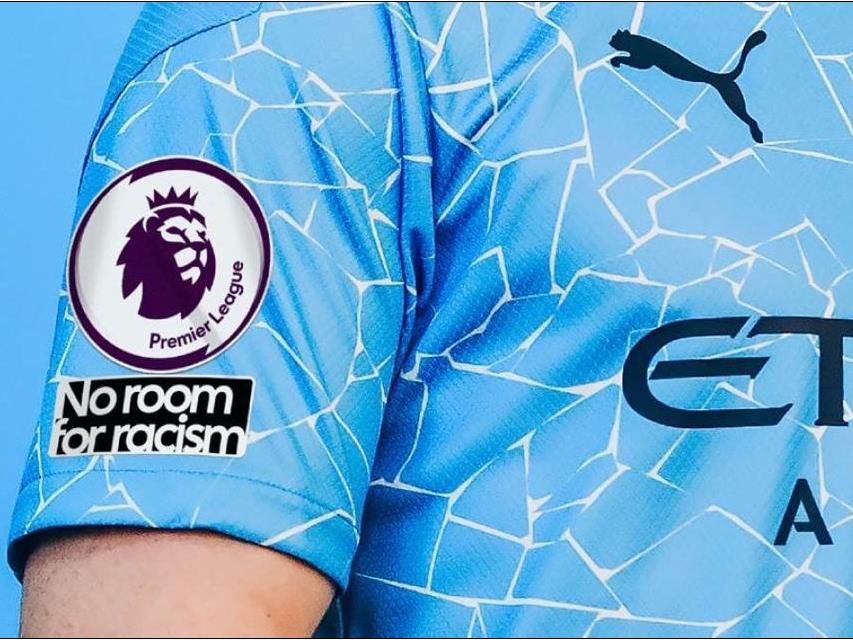 Top-flight chief executive Richard Masters said: ‘We, our clubs, players and match officials have a long-standing commitment to tackling discrimination.

‘Players rightly have a strong voice on this matter, which we saw last season. We have continued to talk and listen to players on this issue and will support them as well as continuing to emphasise the Premier League’s position against racism. Discrimination in any form, anywhere, is wholly unacceptable and No Room For Racism makes our zero-tolerance stance clear.

‘We will not stand still on this important issue and we will continue to work with our clubs, players and partners to address all prejudiced behaviour.’

The BLM movement in the UK has been criticised over accusations of anti-Semitism and calls to defund the police.

The Premier League said on June 30 it did ‘not endorse any political organisation or movement, nor support any group that calls for violence or condones illegal activity’, adding: ‘We are aware of the risk posed by groups that seek to hijack popular causes and campaigns to promote their own political views.’

The league will continue to support players who take the knee before games.