A TEACHER stabbed in the Streatham terror attack was praised for her bravery by parents yesterday.

Monika Luftner was knifed in the back by convicted terrorist Sudesh Amman (pictured below) as she cycled home after meeting friends for coffee on Sunday.

The 52-year-old teaches at St Bede’s Catholic Infant and Nursery School in Balham, south London — less than two miles from where Amman, 20, stabbed two people before being shot dead by police in Streatham High Road. 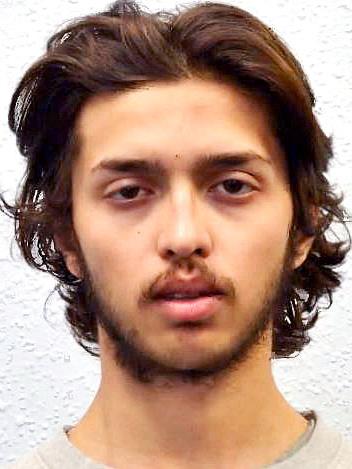 Parents of pupils praised Mrs Luftner. One said: ‘She was very brave. She is a lovely teacher and a credit to everyone at the school.’

Another added: ‘It’s been a shock at the school after learning what happened on Sunday. But everyone is glad to see she is OK.’

Ms Luftner has been discharged from hospital and is recovering at home.

A school spokesman confirmed she was ‘making a good recovery after experiencing a shocking attack’.

■ THE father of the Streatham attacker said he ‘never thought he would go this far’. Faraz Khan described his son Sudesh Amman reciting the Koran to him when they last spoke, the day before he stabbed two people and was shot dead by police. Speaking in Sri Lanka, where he moved last year, Mr Khan told Sky News: ‘I spoke to Sudesh one day before he passed away. I didn’t know he had become radicalised. He’s never spoken to me about these kind of things. He would never talk to me about naughty things.’