A POSTMAN had to be rescued when his Royal Mail van was swept away as he tried to cross a flooded ford.

Dramatic pictures show the red van stranded in a river that had become swollen after days of heavy rain. 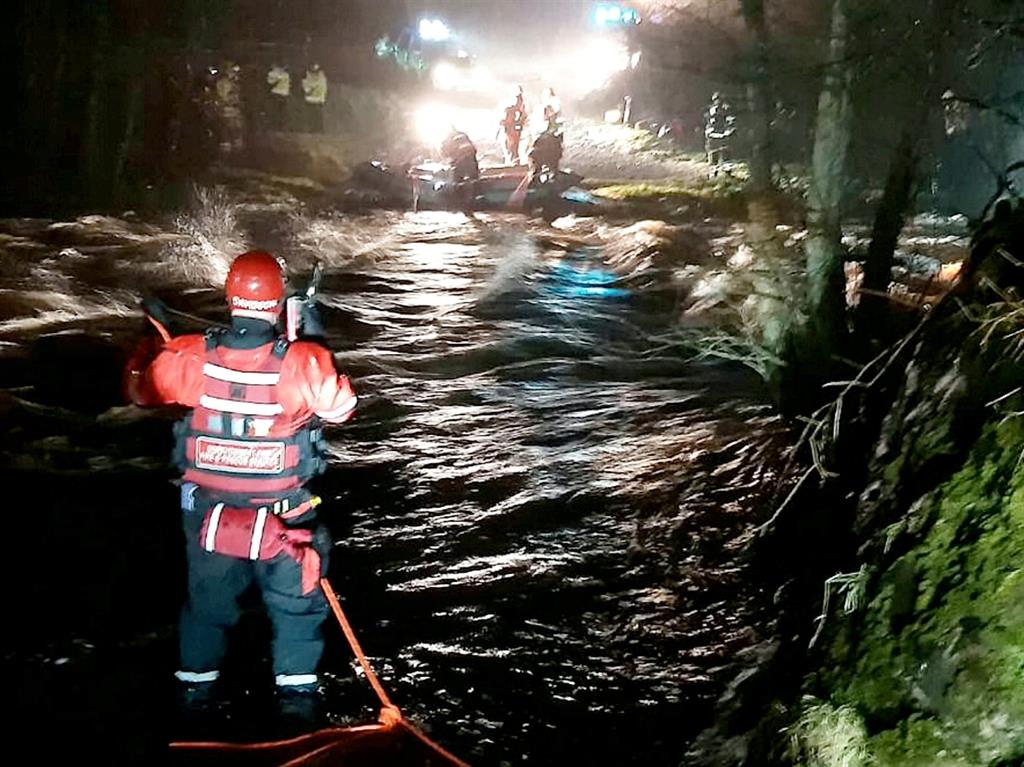 The postman was forced to bail out of the vehicle as it filled with water and managed to crawl on to the roof where he was spotted.

Firefighters and a mountain rescue team dashed to the ford near Coldgate Mill in Wooler, Northumberland.

Crews spent more than two hours stretching an extendable ladder from the bank to the van to reach the exhausted postie. He was then helped on to a boat at the side of the river and treated at the scene by paramedics.

A witness said: ‘The ford was swollen after the snow melted from the hills.

‘It’s usually not so bad but on Monday it was waist high. The poor postie mustn’t have realised and just gone straight through it. The van looks to have been swept a fair distance. It must have been terrifying for him.’

More wet weather is expected today, with heavy rain, sleet and snow all on the cards. An amber weather warning for snow has been put in place until 10am for parts of Scotland and the north-east of England.

And a less severe yellow warning, covering much of Scotland and northern England, will be in place until 9pm.