Pop sensation Billie Eilish (pictured below) was another winner, bagging the prizes for top female artist and top Billboard 200 album for When We All Fall Asleep, Where Do We Go?, while Lizzo won top song sales artist. 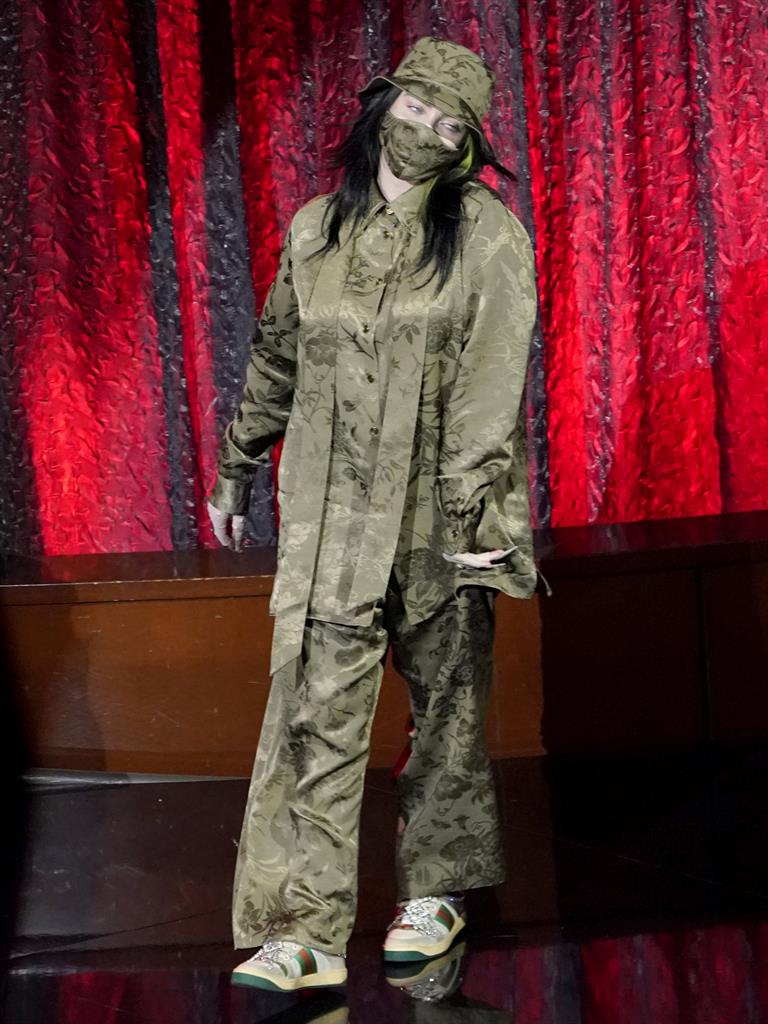 Accepting the biggest prize of the night in Hollywood’s eerily empty Dolby Theatre, Post Malone said he was ‘blown away’ by the recognition for his album Hollywood’s Bleeding.

Referencing the pandemic and the delay it had caused to the Billboard ceremony, which usually takes place in April, he described the current turmoil as ‘a weird time for everybody’ and told those watching at home to ‘stay strong and just spread love wherever you go’.

Taking to the stage wearing a mask, she paid tribute to ‘all the women that have come before me and paved my way, I love you’.

For her acceptance speech, Lizzo also had the election on her mind — walking on stage wearing a dress emblazoned with the word ‘vote’. 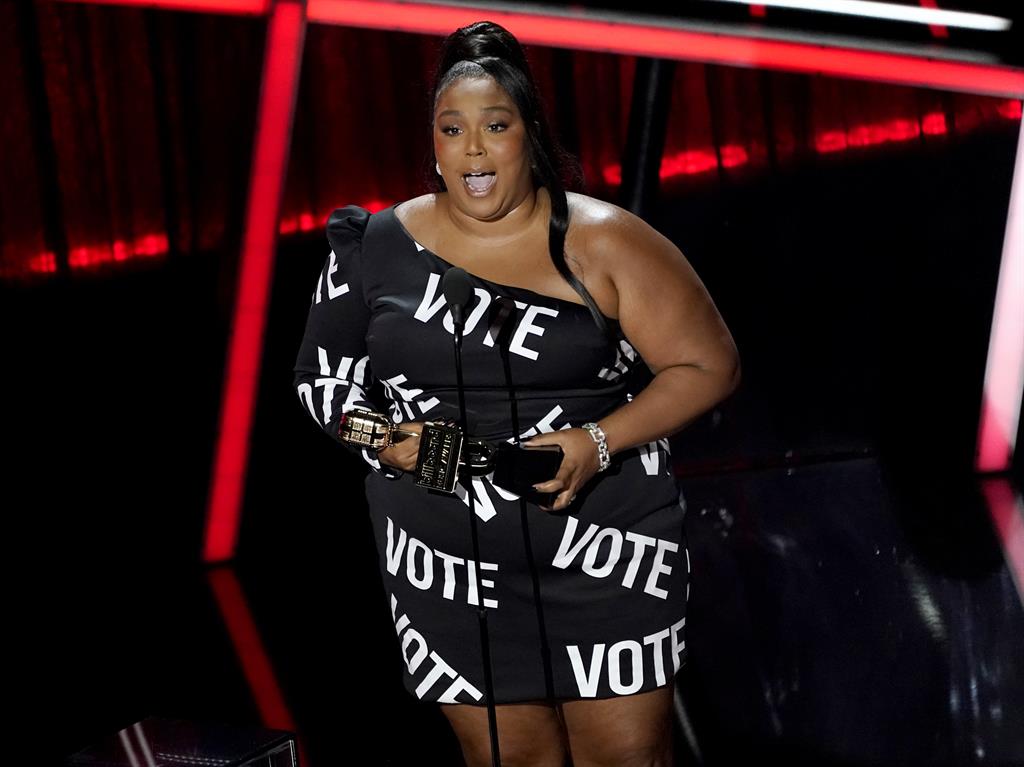 She said: ‘I’ve been thinking a lot about suppression and the voices that refused to be supressed, and I wonder would I be standing here right now if it weren’t for the big black women who refused to have their voices be supressed?

‘So whether it’s through music, protest, or your right to vote, use your power, use your voice and refuse to be suppressed.’

John Legend was among the performers and dedicated his emotional rendition of Never Break to wife Chrissy Teigen, after the couple lost their baby last month.

Hip-hop star Doja Cat performed a medley of songs while Alicia Keys and Post Malone also took to the stage.

Harry Styles was also a winner, picking up the fan-voted chart achievement award, though he was not at the ceremony to collect his prize.

Prizes for this year’s Billboards were based on the chart period from March 2019 to March this year, which explains why some nominees may have appeared slightly dated.