POLICE are facing a struggle to enforce the nationwide coronavirus lockdown due to over-stretched resources and public confusion about government advice, it has been claimed.

The warnings came as officers in some regions began patrolling streets yesterday following new rulings by Boris Johnson which included a ban on more than two people meeting outside.

They were seen challenging groups of youths and other people in central London and Manchester city centre, while mounted police on horses dispersed gatherings in Bow, east London.

And in Coventry, neighbourhood officers found a group of 20 standing ‘shoulder to shoulder’ while tucking into a barbecue buffet, West Midlands Police said. The gathering included people in their 60s and a toddler.

Young people were also dispersed from the beach in Tynemouth, Tyne and Wear, and a children’s play area in Maidstone, Kent.

It comes as police chiefs said officers were facing difficulties with the new rules, while headteachers criticised ‘mixed messages’ from ministers.

Government officials said officers will be empowered ‘by Thursday at the latest’ to issue fines upwards of £30 for anyone caught flouting the rules.

He said: ‘There is no way, really, that the police can enforce this using powers — it has got to be because the public hugely support it, that there is peer pressure and there is continuing clarification from government about the message.’ 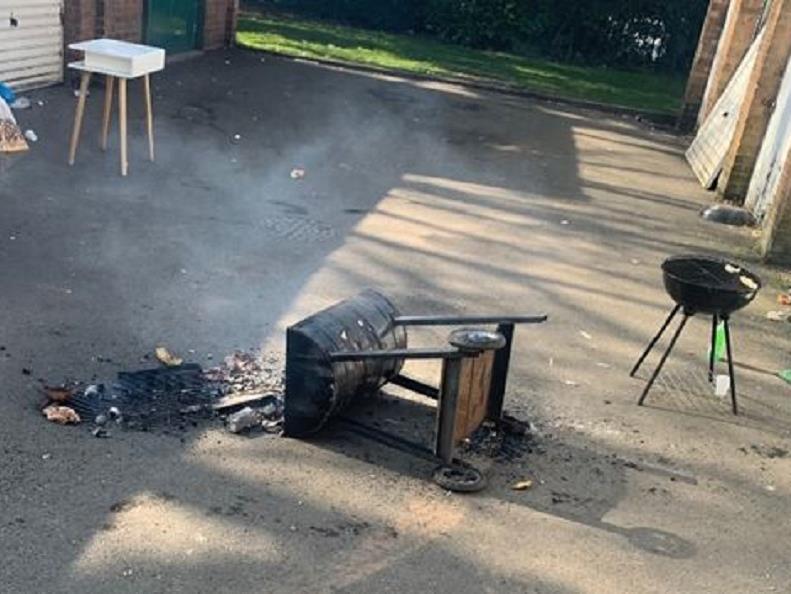 The virus itself is also adding to staff shortages. Figures from Greater Manchester yesterday revealed that of its 1,066 officers and staff, around ten per cent are currently self-isolating or off sick with the virus.

Ken Marsh, chairman of the Metropolitan Police Federation, which represents officers in London, told Sky News the new measures would prove to be a ‘real challenge’ and ‘very difficult’.

He added: ‘We will be dealing with it, but I’m not sure we will have the resources to be able to see it through.’

Meanwhile the National Association of Head Teachers also criticised Monday’s lockdown announcement, saying it has triggered confusion and ‘scared off’ some teaching staff and children of key workers from attending schools.

A government spokesman said: ‘We are closely monitoring the situation and will continue to work with local authorities to ensure schools and colleges get the help and support they need.’