A DRIVER who hit speeds of 140mph before crashing and leaving his passenger to die has been jailed for nine years.

Connor Money, 23, collided with the back of a lorry while attempting to undertake another vehicle on the M2 at Rainham, Kent.

He then ran into nearby woods, leaving behind his passenger, also 23, who died at the scene, Woolwich crown court heard. 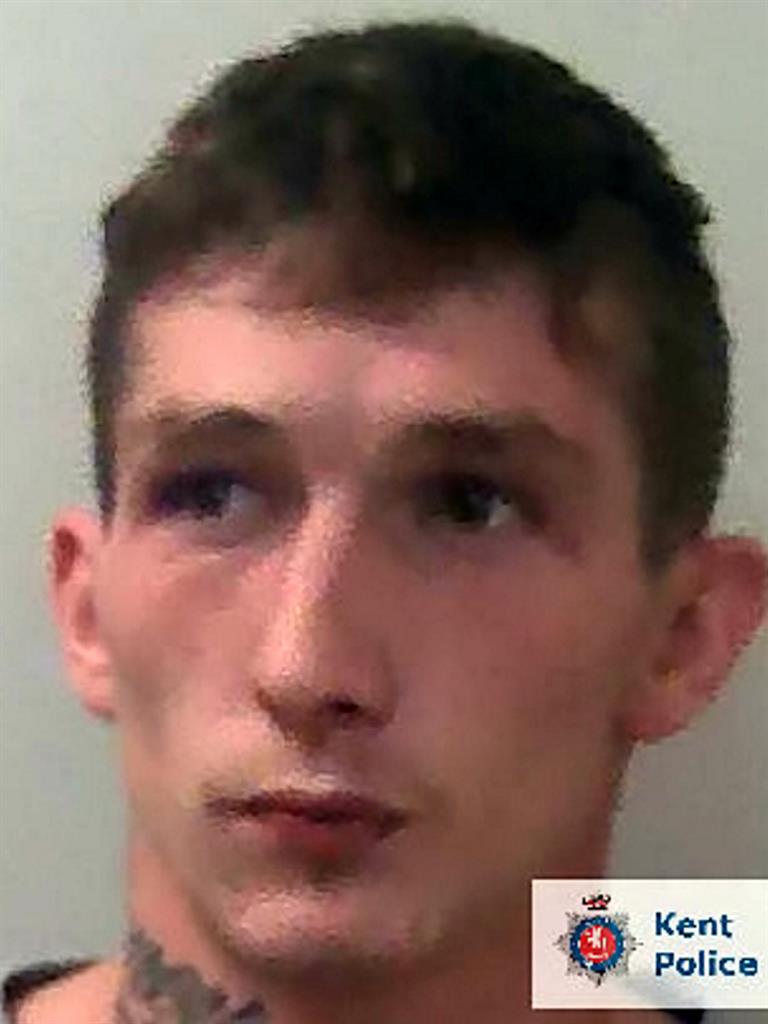 Money, from Dartford, had earlier ignored a police patrol car warning to pull over. Dashcam footage showed him speeding down the motorway and weaving through cars.

One officer described it as the worst driving he had seen in 25 years.

Money, who has been in custody after being charged following the incident in October, admitted causing death by dangerous driving.

When he is released from prison, he will be the subject of a ten-year driving ban. Sgt Chris Wade, of Kent Police, said: ‘Money’s decision to ignore two police officers and instead drive away at grossly excessive speeds is beyond comprehension.

‘This is without doubt the worst driving I have encountered in 25 years of policing. A young man, with his whole life ahead of him, died as a consequence of Money’s reckless decision and instead of staying at the scene his first thought was to run away and evade capture.

‘His behaviour was disgraceful and his poor nature is further demonstrated by the six months he spent denying his offending before pleading guilty just before he was due to stand trial.’

He added: ‘I know this case has affected a great many people and, while Money’s imprisonment does not undo the harm caused, I sincerely hope they can find a degree of closure.’