A FIFTH person has been stabbed in an area where police are already investigating a series of random knife attacks.

Officers from the Metropolitan Police said work was continuing to find out if the latest attack was linked, as they arrested a man in his 30s in Edmonton Green, north London on suspicion of GBH.

The victim, also aged in his 30s, was left with life-threatening injuries when he was stabbed in Fairfield Road, Enfield, north London at around 5am today, just yards from the scene of a previous attack at the weekend.

Police have said the latest incident has ‘not yet been formally linked’ to a series of knife attacks in the area, but the suspected culprit in all five is a tall, skinny black man wearing a hooded top.

Two men who were previously arrested on suspicion of causing grievous bodily harm remain in custody, and investigators have until later today to interview them. 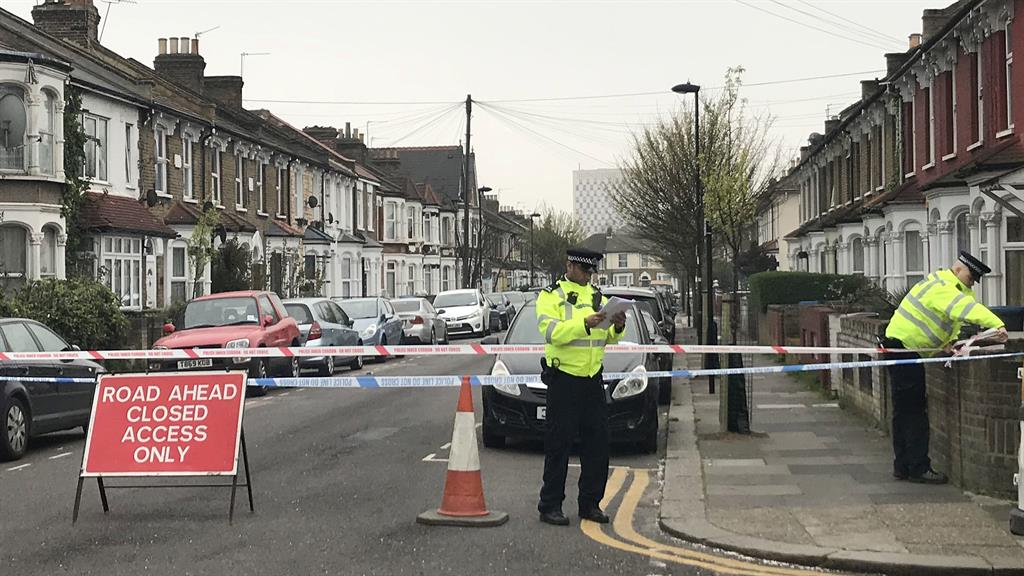 Det Supt Luke Marks said: ‘I am aware that events from the weekend have caused a huge amount of worry and concern among the community, and that this incident will cause further alarm.

‘While at this stage the incident has not yet been formally linked, the location and manner of this attack will be of concern to the public.

‘Our advice continues that that public to remain vigilant, and to contact police regarding anyone acting suspiciously.

‘You will see additional uniformed patrols in the Edmonton area; if you have any concerns, please speak with my officers immediately.’

It has been reported that local schools had banned children from leaving the grounds during their break time as a safety measure.

The latest stabbing follows attacks on four people in the Edmonton area of Enfield over the weekend, which left two critically hurt and one with potentially life-changing injuries.

Police believe that a single male suspect who may have mental health issues was acting alone in the attacks, and there is nothing to suggest they are terror-related.

The suspect is described as a skinny black man who is approximately 6ft 3ins tall and wearing dark clothes.

Police have also launched a separate murder investigation after a man believed to have been in his 20s was stabbed in Kentish Town, north-west London.

Officers said they found the victim with stab injuries after being called at about 8.30pm on yesterday. He was pronounced dead despite the efforts of medics.

A friend of the victim said: ‘He was loved. He has everyone out here, every culture in the area was out for him. He’s not lived his life yet.’

No arrests have been made in connection with the killing. Police are appealing for witnesses.