BORIS JOHNSON has admitted the public are ‘furious’ at his government’s attempts to halt the spread of coronavirus — while warning that it’s going to be ‘bumpy’ until Christmas at least.

The prime minister acknowledged many people were angry with him over inconsistencies and confusion surrounding local and nationwide restrictions, but said he was seeking to strike a balance between protecting public health and the economy.

Appearing on the BBC’s Andrew Marr Show, he said: ‘I appreciate the fatigue that people are experiencing but we have to work together, follow the guidance and get the virus down whilst keeping the economy moving.’ 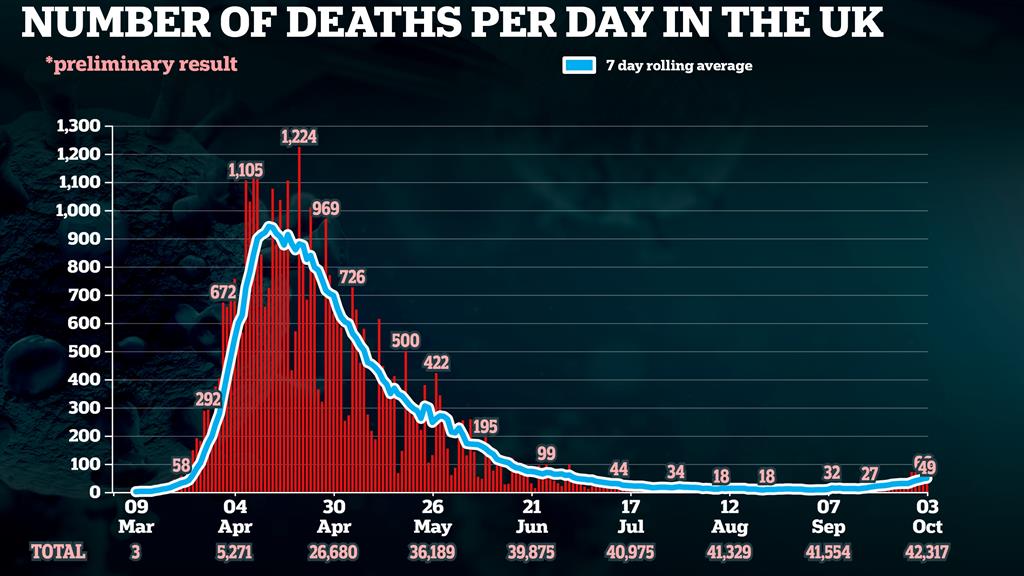 Mr Johnson replied: ‘They’re furious at me and they’re furious with the government but I’ve got to tell you in all candour it’s going to continue to be bumpy through to Christmas, it may even be bumpy beyond. But this is the only way to do it.’

Despite his warnings, the PM insisted there were reasons to be cheerful. Figures show that, although the number of daily infections are soaring, deaths remain relatively low.

Last night, the UK’s official number of infections since the start of the pandemic topped 500,000.

A total of 33 deaths and 22,961 new cases were reported yesterday – the highest daily number ever. However, the government said that was ‘artificially high’ because figures on Saturday and Sunday included a backlog of 15,841 previously unrecorded cases between September 25 and October 2.

‘What you’ve got to do is realise that this is a pandemic in which people need to understand that there is hope — and there is hope,’ added Mr Johnson on the Marr programme. 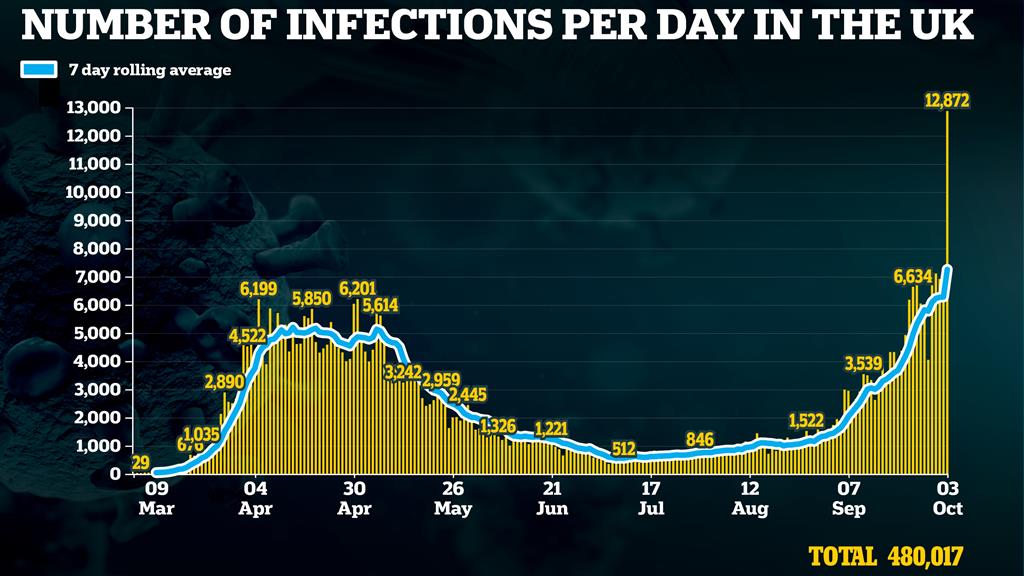 ‘And if you ask me, do I think things can be significantly different by Christmas? Yes, I do. And we’re working flat out to achieve that. But be in no doubt that it is still very possible that there are bumpy, bumpy months ahead – this could be a very tough winter.’

He admitted the struggling Test and Trace service was ‘not perfect’, with its delays and failure to hit targets leaving him ‘frustrated’. Just 38.1 per cent of those given ‘in-person’ tests for Covid-19 in England in the week ending September 23 received results within the 24-hour target he had set.

He conceded the Eat Out To Help Out scheme ‘may have helped to spread the virus’ but ‘helped to protect many’ jobs.

But Mr Johnson rejected suggestions he was suffering from ‘long Covid’, instead describing himself as ‘fit as several butcher’s dogs’.