BORIS JOHNSON dispatched his break-up letter to the EU yesterday, telling Jean-Claude Juncker: ‘We need to get this done.’

The prime minister (pictured above) finally laid out his conditions for a Brexit deal after delivering his first speech as leader to the Tory conference.

He wants to get rid of the need for the controversial Irish backstop by effectively creating two borders. 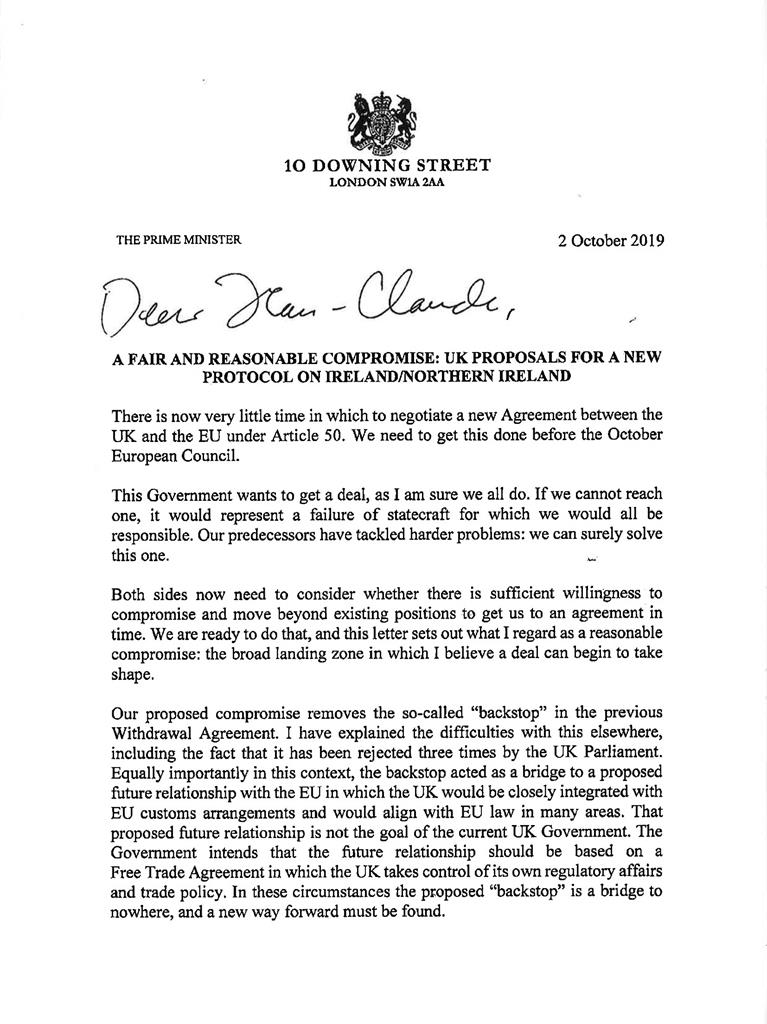 But there would be no checks on the physical border in Ireland, with most done electronically.

Pleading for a ‘positive future relationship’, Mr Johnson wrote to Mr Juncker: ‘Our predecessors have tackled far harder problems — we can surely solve this one.’

The president of the European Commission said he ‘welcomed the prime minister’s determination to make progress’ but coolly warned of ‘problematic points’. Mr Juncker (below) added: ‘The commission will now examine the legal text objectively and in light of our well-known criteria.’ 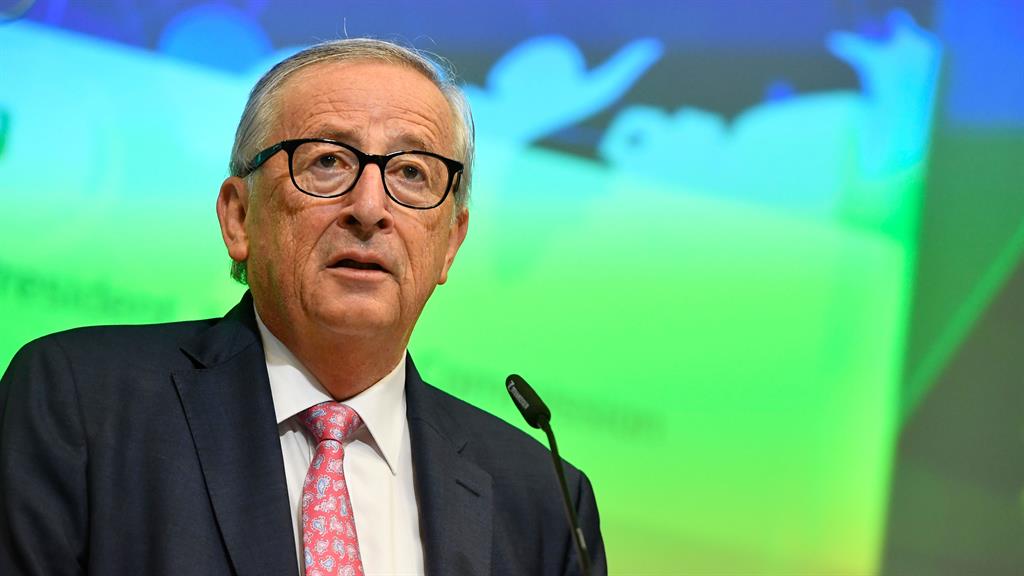 The backstop that Mr Johnson’s plan removes was an insurance policy to keep the Irish border open if no other way was found of doing so, such as a new free trade deal.

The PM called it a ‘bridge to nowhere’ because it would have kept Britain in a customs union with the EU indefinitely, with Northern Ireland even more closely aligned.

His own proposal is ‘intended as the basis for the UK’s permanent future relationship’ with Brussels. No.10 said he would snub the EU leaders’ summit on October 17 — days before the date for Brexit of October 31 — if there was no prospect of an agreement.

If the plan is backed by EU leaders and MPs, Britain would leave with a deal and the arrangements would kick in after a transition period.

Mr Johnson insisted his solution would keep the border open in keeping with the Good Friday peace agreement, as the backstop was designed to do.

But Irish prime minister Leo Varadkar said it ‘does not fully meet the agreed objectives of the backstop’. And the European Parliament’s Brexit co-ordinator Guy Verhofstadt said he and colleagues were ‘absolutely not positive’. Northern Ireland’s assembly would have ongoing chances to veto the regulatory arrangements, and DUP leader Arlene Foster cautiously welcomed Mr Johnson’s solution.

But Sinn Féin said it would ‘drive a coach and horses’ through the Good Friday agreement. And Manufacturing Northern Ireland tweeted: ‘The Boris plan means tariffs north to south — farms and agri-food decimated.’

Labour leader Jeremy Corbyn said the plan was ‘worse than Theresa May’s deal’. But some of his MPs said they might back it if Brussels agreed.

Mr Johnson will prorogue parliament again next Tuesday until the Queen’s Speech on October 14. 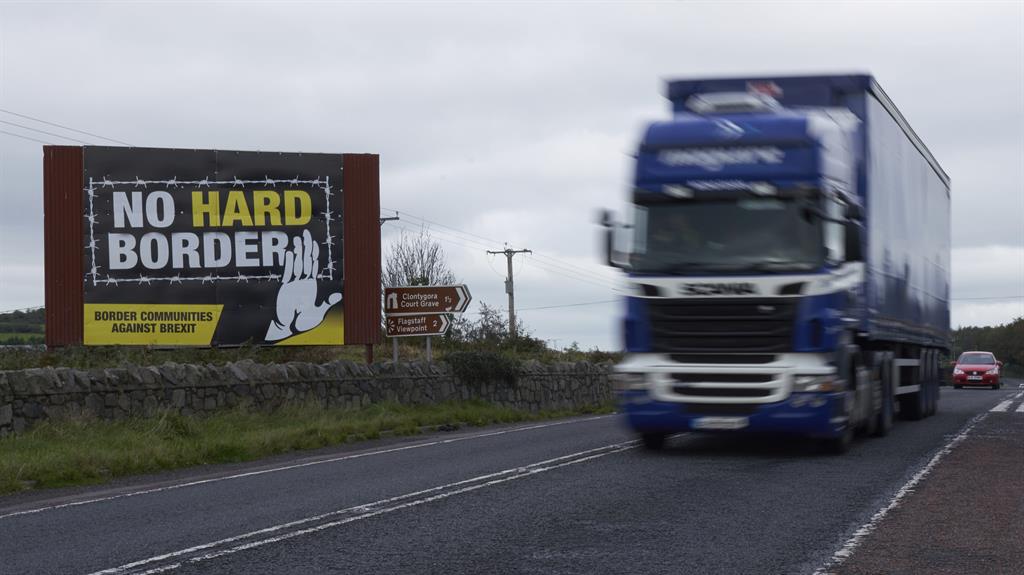 ■ BUT there would be no customs checks at or near the physical border, with companies asked to declare in advance what they were transporting.

■ A TRUSTED trader scheme would allow eligible firms to avoid some of the red tape created by the declarations process.

■ NEARLY all customs checks would be electronic, and physical checks required would be made at traders’ premises or ‘designated locations’ that could be set up anywhere on the island of Ireland.

■ ANY import VAT or excise duty, arising from the UK creating its own legislation, would be neither paid nor accounted for at the border.

■ THE UK would give the Northern Ireland Assembly and Executive an ‘opportunity for democratic consent’ — a veto — on the regulatory zone, both before it came into force and every four years afterwards.