A PLANE sent from Russia has arrived in the US carrying urgently needed medical supplies and protective gear.

The Antonov-124 touched down at New York’s JFK airport after Donald Trump agreed to Vladimir Putin’s offer of help in a phone call. Exact details of what has been sent have not been revealed. But Mr Trump said: ‘Russia [offered to send] us a very, very large planeload of things, medical equipment, which was very nice.’ 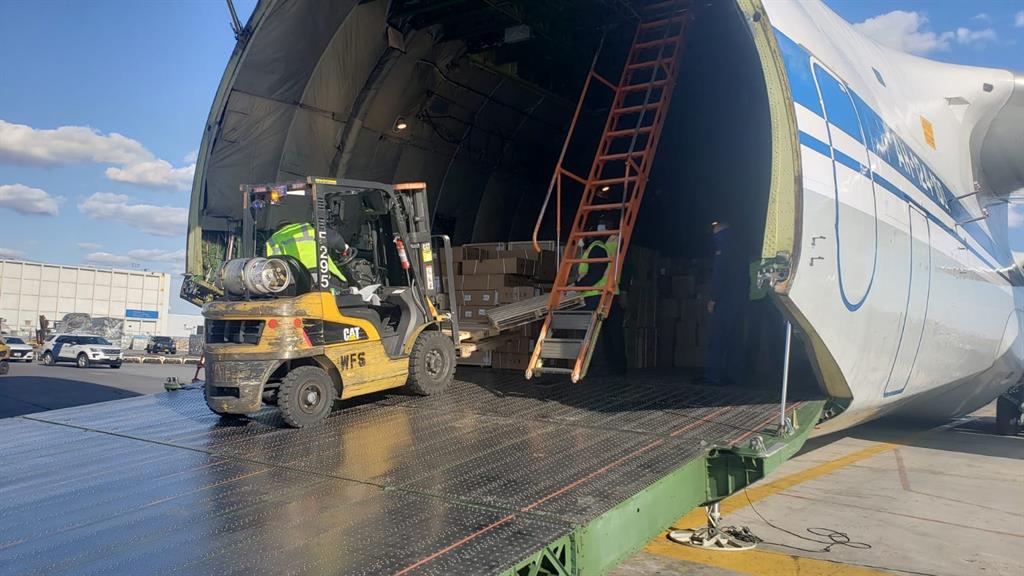 Kremlin spokesman Dmitry Peskov called the shipment ‘humanitarian aid’. But it drew anger from critics of Mr Putin, who said that Russia — where 30 people are said to have died and 3,500 to have been infected — was itself experiencing severe shortages.