To mark 30 years of the William Hill Sports Book of the Year award, David Gurney recommends 30 of the best ever written

One Night in Turin

By today’s standards, the access Davies enjoyed with the England camp at Italia 90 seems unbelievable. From lounging with players at the hotel, to joining fans on chaotic, often terrifying, days and nights following the team, the book — originally called All Played Out — is a vivid, defining account of a summer which ushered in a new era for football.

A regular contender for the greatest sports book ever. A season spent with a small-town high-school football team sees not sport but race, obsession and the illusion of the American dream emerge as the real themes at the heart of Bissinger’s masterpiece.

The ultimate underdog story, albeit about a horse. Hillenbrand gives a mythical quality to her heroes — the trainer, owner, jockey and Seabiscuit himself — as they form a most unlikely team who succeed against the odds. The stuff of fairytales. Except it’s true.

The unlikely, often painful, collision between a writer and an American Football team he joins as quarterback. As well as being among the first to lift the lid on professional sport from the inside, there is no one better at capturing the joy these superstars feel at simply playing the game, where true happiness is often just the feeling of a perfectly thrown pass. 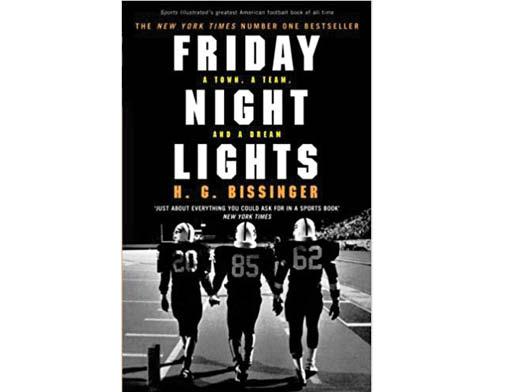 Writers love to give their prose free rein when covering boxing and Mailer certainly doesn’t hold back in his unrivalled account of the extraordinary build-up to the Rumble in the Jungle and the fight itself between Muhammad Ali and George Foreman.

Ali and Foreman’s 1974 encounter also features heavily in another Plimpton classic — he sat next to Mailer to watch the fight — but it also takes a broader look at boxing, from his own attempt to fight Archie Moore and then avoid one with Ernest Hemingway.

The inspiration for so much boxing writing, the New Yorker journalist’s pieces combine a light, poetic touch — defeated Jersey Joe Walcott ‘flowed down like flour out of a chute’ — with the heavyweight reporting skills of this highly respected war correspondent.

The book that captures better than any other what it is like to be a football fan. Hornby traces the start of his love affair with Arsenal — it began early — and how it became a lifelong obsession.

Setting out with a scientific approach to examining what drives those who take part in the Boat Race, De Rond is drawn closer into their lives. The training, selection decisions and psychological toll are unflinchingly detailed as the author moves from observer to participant in one of sport’s most intense environments.

A pitcher for the short-lived Seattle Pilots, Bouton did not make many friends by revealing what went on in the locker room, secretly scribbling notes in the bullpen, then breaking the code of silence to explode the myth of the clean-cut baseball player. 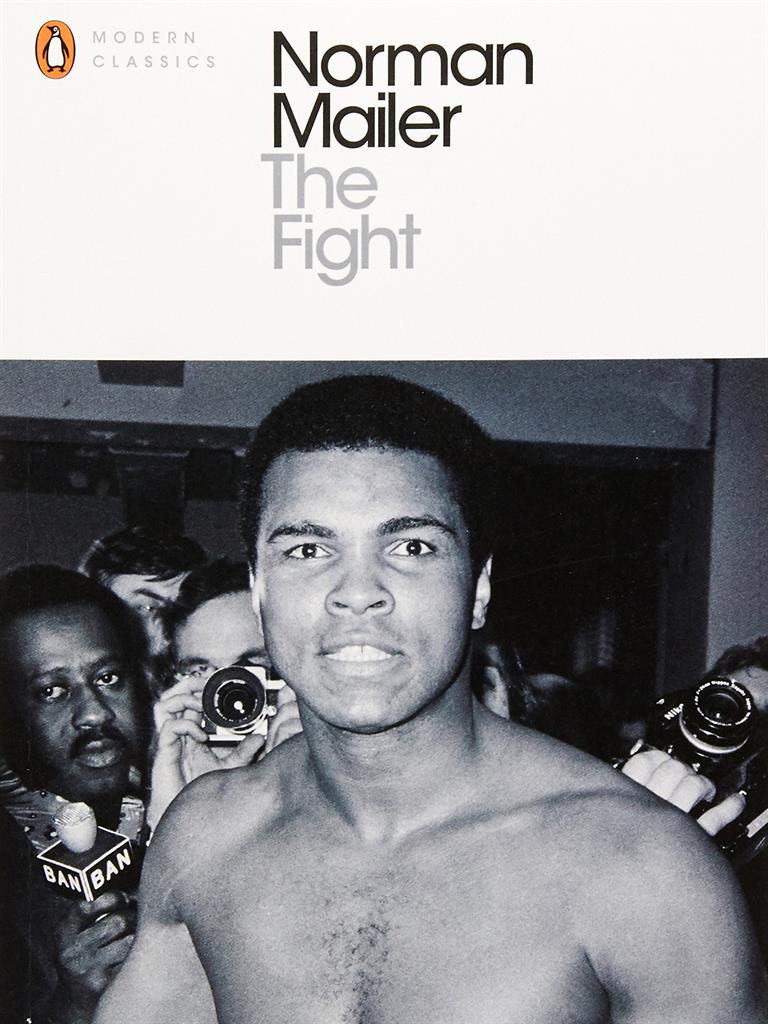 ‘How did one of the poorest teams in baseball win so many games?’ The answer to Lewis’ question comes from a cast of great characters and is one that rips apart conventional thinking in baseball, and many other team sports.

Given cycling’s freewheeling descent into drug-fuelled scandal, tell-all books showing the peloton’s dark side no longer truly shock. But when this came out, it did. A lament for a sport that went wrong and for crushed dreams.

Hamilton, former team-mate of Lance Armstrong, comes clean. A damning indictment of Armstrong and a culture that saw him cheat his way to glory.

A Shot and a Ghost

The English squash player is a fascinating character. Talented, complex, conflicted, deep thinking and unfailingly honest in this often jaw-dropping glimpse into a sport where it appears the extreme physical demands are outweighed by the mental ones.

The 2016 William Hill winner, Finnegan would not see surfing as a sport in any traditional sense. A stunning, immersive memoir of a life travelling the world trying to satisfy his obsession, frequently risking everything for that perfect wave. 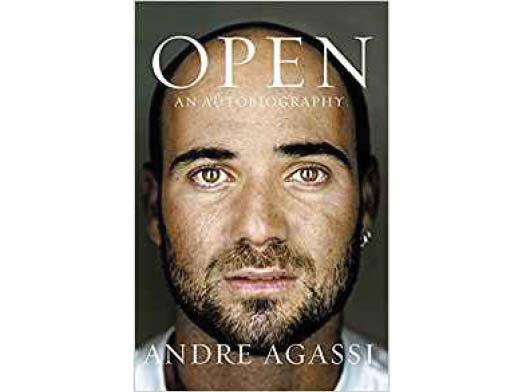 A writer who has brilliantly chronicled professional sport from close quarters goes behind the scenes of the PGA Tour as stars and lesser lights battle the intense pressure, whether trying to win a major or just keep their tour card.

Another sports book about a lot more than just the game in question. A memoir about West Indian cricket, it celebrates the game while also tackling issues of politics and race.

A brutally honest autobiography. Glory on the field, vast quantities of alcohol off it and a descent into addiction that sees Adams spend time in prison but eventually discover the means to overcome his demons.

Some say now Woods is back as one of the world’s best golfers, we should move on from sordid tales of scandal. But his comeback can only fully be appreciated if you remember the depths to which he sank. An exhaustive account — on this year’s William Hill award shortlist — of his incredible rise, fall and rise again, examining in particular the relationship with his father which seems to be at the root of everything, good and bad.

More Tiger, this one a first-hand account from his former coach. Haney was criticised for spilling the beans but given the way he claims he was treated, you can see why his loyalty may have been stretched too far.

Difficult dads really do have a lot to answer for. Agassi Sr manages to push his son into being one of the greatest tennis players in history. Sadly, his boy ends up hating tennis. An extraordinary story, beautifully told in possibly the best sporting autobiography.

A brilliant biography of tormented genius Alex Higgins. On the table, he had a talent — and mega-wattage charisma — arguably unmatched in snooker. Off it, he led a lifestyle that leaves you amazed he could even hold a cue, let alone wield it. 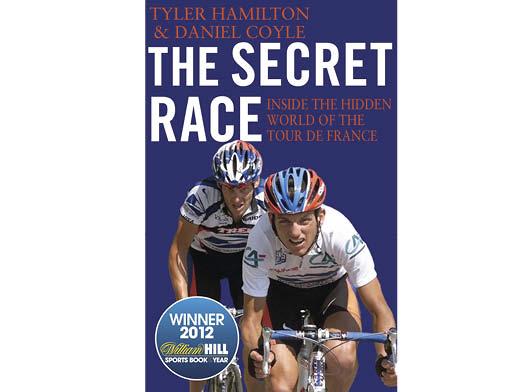 A Lot of Hard Yakka

Subtitled ‘Triumph and Torment — a county cricketer’s life’, there is plenty of both in this funny, self-deprecating insight into playing with and against many of the game’s greats, but never becoming one of them.

A title that sums up the understated response from riders to the question frequently asked about the Isle of Man TT — why would you do that? Tragedy, triumph and a cast of mavericks hurtling past immovable objects at 200mph, Broadbent captures it all superbly.

The Dirtiest Race in History

The title is a big claim for a sport so tainted but the 1988 Olympic men’s 100metres final may deserve it. Won by Ben Johnson, before he was stripped of gold, doping claims and revelations would engulf almost all those who took part. Moore brilliantly details the events that led to this shameful race and catches up with its participants.

As with Moneyball, some knowledge of the sport involved will help as Lewis examines a tactical change in American Football and its ramifications. But it gives rise to an emotional story, that of Michael Oher. Better than the film.

Subtitled Lost in Boxing, McRae does just that. He immerses himself in the sport and its characters as he tries to understand what compels them to take part in this brutal profession.

A season caddying for journeyman golfer Ross Drummond reveals what it is really like for the vast majority of those on the European Tour. Funny and poignant, the highs are outweighed by far more frequent lows in what for most is a fight for survival.