AN ANTI-BLM protester pepper sprays a private security guard moments before the man shoots him dead.

The Pinkerton employee had been hired by a TV station to protect a news team covering rival Patriot Muster and BLM-Antifa rallies in Denver, Colorado.

Police said he was involved in a ‘verbal altercation’ with his victim before pulling out his pistol and firing from point blank range. 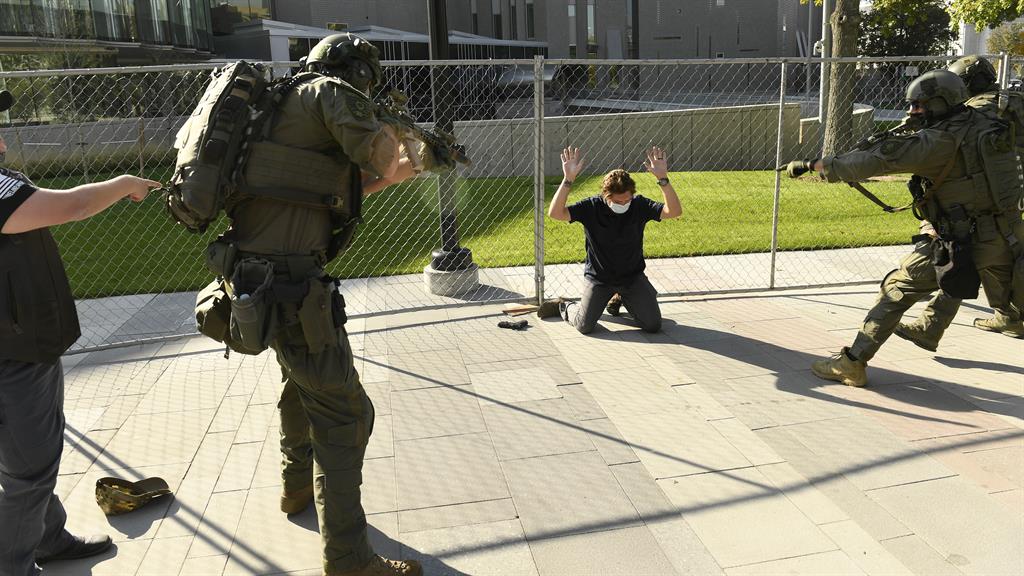 Riot officers heard the sound of a gunshot and rushed to scene. The guard fell to his knees, put his hands above his head and dropped his weapon. He was arrested on suspicion of murder. The demonstrator, who was lying on the ground, was taken to hospital but could not be saved.

Denver Police confirmed that the suspect was working for local TV station 9NEWS. Officers had deployed in large numbers for Saturday’s rallies following a series of tense protests.

A 9NEWS spokesperson said: ‘It has been the practice of 9NEWS for a number of months to hire private security to accompany staff at protests.’