A WOMAN who underwent pioneering childhood heart surgery in 1947 has been reunited with the soft toy that was her comfort during the ordeal — 72 years later.

Elizabeth Briggs was just five years old when she had the operation carried out by an American surgeon to repair a duct in her heart.

Her grandmother bought her a new teddy bear at a church sale called George, who remained with her for her six-week stay at Great Ormand Street Hospital, London.

Elizabeth went on to make a full recovery and live a healthy life, but George was packed away, lost after she returned to her family home in Enfield, north London.

Amazingly, the bear was recently found in the attic during a clearance of the house by her brother, Trevor Briggs, and returned to Elizabeth at the Aden Court care home in Huddersfield, West Yorkshire, where she is currently recovering from a stroke. 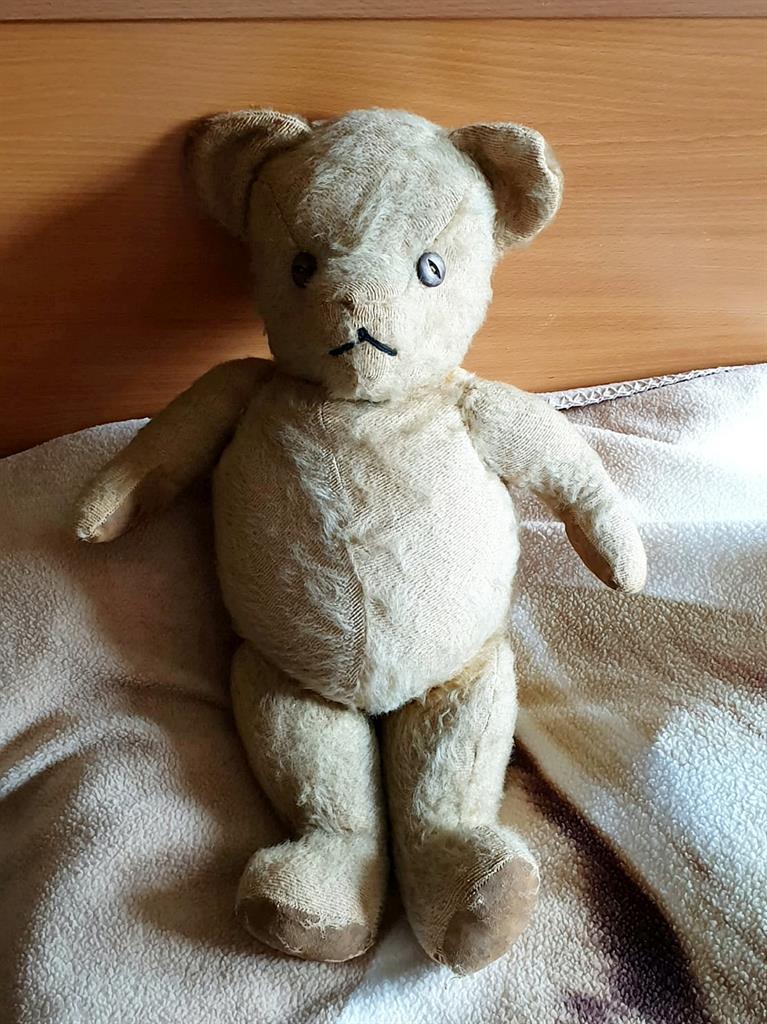 Elizabeth, 77, said: ‘The operation was quite scary when I was five years old and George helped me through it all.

‘He had every bandage, bedpan and injection that I also had when in hospital. The nurses and doctors got him a small bedpan too.

‘I am so happy to have him back and now he can help me recover again like he did all those years ago.’

Aden Court manager Lisa Boyd said: ‘Elizabeth was overjoyed to be reunited with her bear, George.

‘He has pride of place in her room and we’re sure he will provide comfort as she continues her recovery from her stroke.’