A PHOTOGRAPHER captures the exact moment dogs appear to fly through colourful clouds of powder paint.

Jess Bell, 35, from Scarborough, Canada, uses holi powder to give the effect that the dogs are flying through the dramatic clouds.

Holi powder is made of cornstarch which is mixed with brightly coloured food dye — but does not affect the dog’s fur. 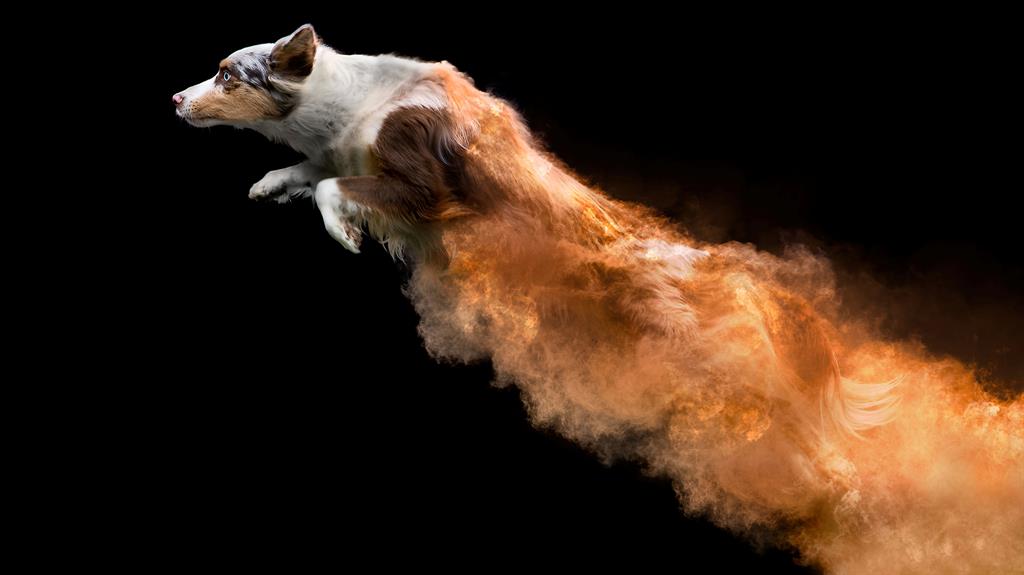 The powder is used at Holi — a Hindu spring festival also known as the ‘festival of colour’ — and involves people throwing powder at each other as they celebrate the victory of good over evil.

Jess, who loves to capture animals in motion, uses the powder to accentuate the dogs’ athleticism.

The animal photographer said: ‘I love capturing animals in action. 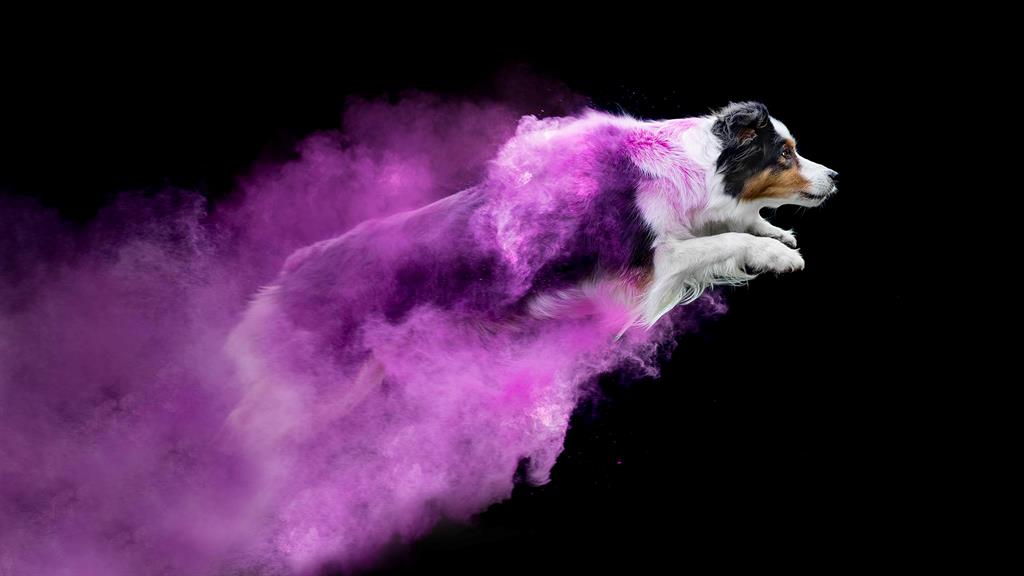 ‘I love the challenge of freezing a moment in time and have it be crisp and dynamic.

‘The dogs live to jump and play — the powder doesn’t faze them at all.

‘It can take a while to get the picture and we probably did five reps or so per dog for this series. 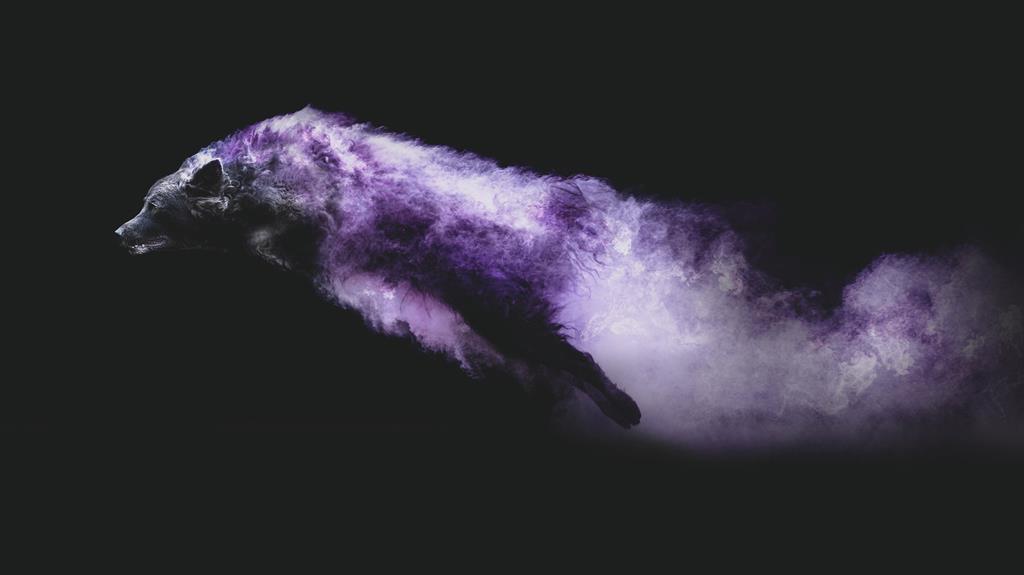 ‘My friends were willing to let me get their dogs a little colourful but I’m keeping the finer point of how I create these to myself.’

The photographer gathered a small group of people and their animals based on their talent and appearance.

Jess, who is also a dog owner and trainer herself, specialises in building relationships between dogs and owners and knows how to bide her time to capture the shot.

The dog-lover has been working as a photographer for three years and was inspired by equine snapper Andrea Zachrau’s ‘holi horses’.