BORIS JOHNSON’S demand for a general election on his own terms became increasingly far-fetched when opposition leaders agreed not to vote with the prime minister during his fresh bid.

Jeremy Corbyn spoke with the leaders of the main opposition parties today to discuss their resistance to holding a vote before the prospect of a no-deal Brexit on October 31 is eliminated.

Labour, the Liberal Democrats, the SNPs and Plaid Cymru are all understood to be planning on voting against or abstaining from the Fixed-Term Parliament Act when it returns to the Commons on Monday.

Opposition leaders including the Lib Dems’ Jo Swinson, the SNP’s Ian Blackford and Plaid Cymru’s Liz Saville Roberts discussed tactics this morning as Mr Johnson returned to the campaign trail of the election he is yet to successfully trigger.

SNP Westminster leader Mr Blackford (pictured below) said he was ‘desperate for an election’, but it could not be until an extension to Article 50 was secured.

He said: ‘It’s not just about our own party interests, it’s about our collective national interests.

But he did anticipate that an election would be successfully called ‘over the course of these weeks’. 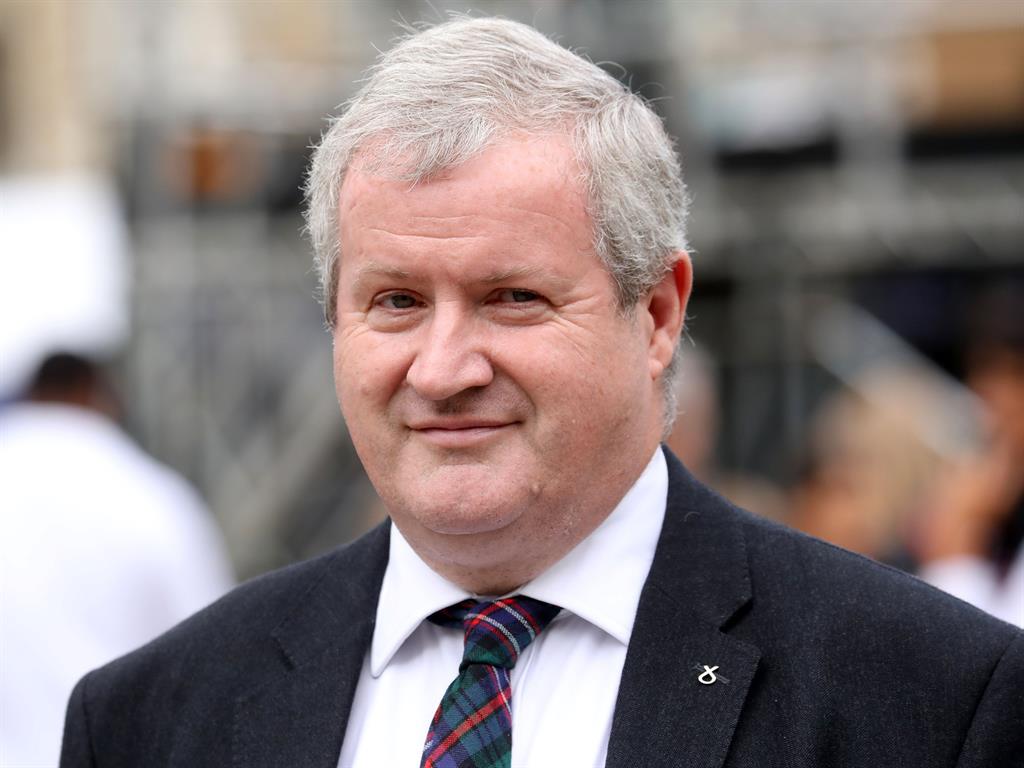 A Lib Dem spokeswoman said: ‘The Liberal Democrat position for a while now is that we won’t vote for a general election until we have an extension agreed with the EU. I think the others are coming round to that.

‘As a group we will all vote against or abstain on Monday.’

Ms Saville Roberts (pictured below) said voting for an election next week would ‘play into Boris Johnson’s hands’, giving the PM the opportunity to ignore parliament and force through a no-deal.

‘We were in unity in our opinion, our priority is of course to stop a no-deal Brexit,’ she told the BBC.

‘In the short time we need to make sure that we get past the October 31 and an extension to Article 50. 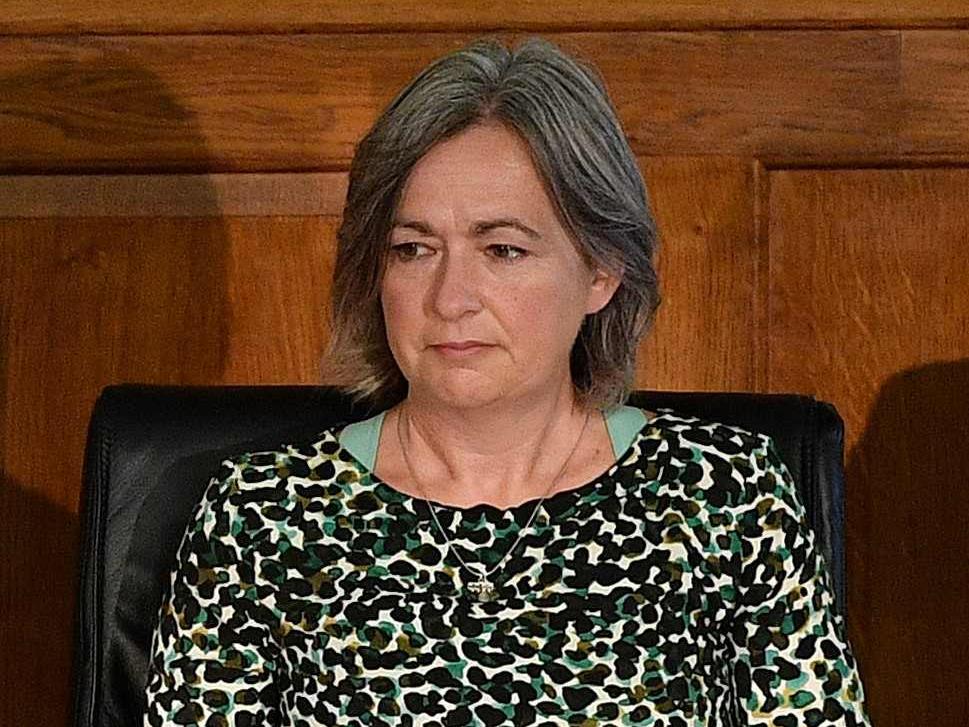 Labour said the leaders discussed efforts to prevent a ‘damaging’ no-deal Brexit and to hold an election ‘once that is secured’.

The development came a day after the PM’s brother resigned from government while describing being torn between family and ‘the national interest’.

The PM has said he wants polling day to be October 15, but in order to call the snap election he needs a two-thirds majority in the Commons and opposition parties do not trust him to stick to that date.

They also have concerns about whether he will comply with the cross-party legislation due to be passed by the House of Lords today which would require him to seek a delay to Brexit if there is not a deal in place by October 19.

Mr Johnson used a rambling press conference yesterday to say he would rather be ‘dead in a ditch’ than ask for a further delay.

Today, during his visit to Scotland, he declined to rule out resigning if he fails to deliver Brexit on the current deadline.

‘That is not a hypothesis I’m willing to contemplate. I want us to get this thing done,’ Mr Johnson said.

The PM’s problems further piled up when West Yorkshire Police’s chief constable said he was ‘disappointed’ to see officers used as a backdrop to Mr Johnson’s political speech a day earlier.

John Robins added that the force had ‘no prior knowledge’ that officers would be used in any other way than to discuss the government’s policing recruitment drive.

Mr Johnson used his visit to Aberdeenshire to announce that Scottish farmers will receive an extra £51.4million over the next two years, in addition to the £160million announced in Wednesday’s spending round.

He was also scheduled to make the traditional prime ministerial trip to the Queen’s Balmoral estate, but the visit will be shorter than expected due to the political turmoil in Westminster.

The PM will stay at the castle tonight before returning to London tomorrow. His girlfriend Carrie Symonds is expected to accompany him on the Balmoral trip.

There were also further signs of unease within the Tory ranks about the uncompromising Brexit stance which saw Mr Johnson boot 21 senior Conservatives — including former chancellors Ken Clarke and Philip Hammond — out of the party in the Commons by removing the whip.

Former defence secretary Sir Michael Fallon, who is standing down as Tory MP in Sevenoaks, said he hoped an appeal mechanism would be put in place for his former colleagues.

He added: ‘I also worry that it sends the wrong message to Remainers — particularly in my party.’