IMAGINE an opera in which the most dramatic character is absent. The character who drives the plot, who creates all the tension, whom everyone constantly talks about… Imagine no longer. Francesco Cilea made the experiment in his 1897 rarity L’arlesiana (The Girl from Arles) and — despite some ravishing music — it’s as frustrating as you might think.

We never meet the unnamed city-dwelling girl of the title. We hear about her from Federico (pictured top), a naïve local famer. He’s in love with her, despite his mother’s disapproval. When some indiscreet letters prove her infidelity, Federico has a breakdown and kills himself.

Just think what scenes there might have been with this bold and brazen hussy. Tears, tantrums, forgiveness, lies… Instead we get lots of kvetching about her. It’s high-quality kvetching, mark you, with passionate and melodic music, but kvetching nonetheless. 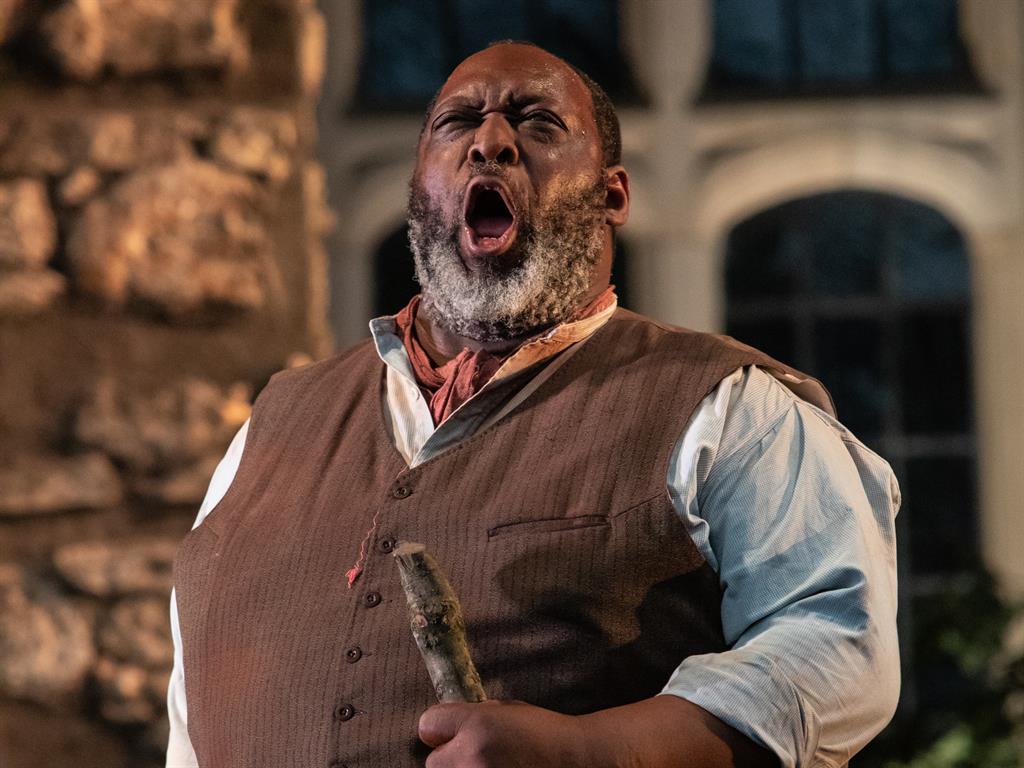 Fiery Yvonne Howard sings up a storm as Federico’s tormented mother, and soprano Fflur Wyn is delightful as a local girl who holds a candle for him. Tenor Samuel Sakker struggles a little in the upper reaches of Federico’s music, but Keel Watson (above) sounds luminous as the wise old sage Baldassare. Director Oliver Platt’s lively production updates the action to post-war France, and conductor Dane Lam drives the orchestra with wonderful assurance. But there’s an good reason the piece is a rarity. 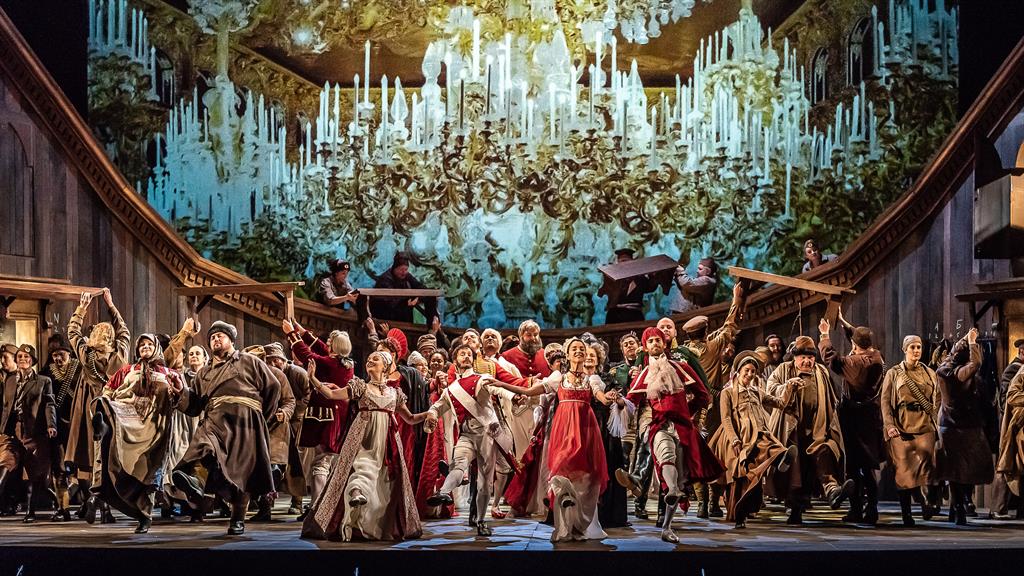 ■ THERE’S just room to give a huge shout of admiration to Welsh National Opera for bringing David Pountney’s mammoth staging of Prokofiev’s War And Peace to Covent Garden. Based on a new critical edition, the production (pictured) is nearly four hours long, and it reveals afresh some of Prokofiev’s limitations as an opera composer (too much declamation, rambling dramaturgy.) But it’s hard to imagine it performed with more assurance and stamina, and has superb leads in Mark Le Brocq (Pierre), Lauren Michelle (Natasha) and Jonathan McGovern (Andrei). Terrific conducting from Tomáš Hanus too. wno.org.uk