YOU know that victim-shaming idea peddled by some alternative therapy websites? The one which suggests your negative energy is the cause of your illness? Turns out Tchaikovsky was dishing it out eons ago. In his opera Iolanta, the poor heroine (Natalya Romaniw, pictured above — superb) has been blind from birth, but a doctor says that only when she truly wants to see will she be able to. Along comes a bold young nobleman Vaudémont (star tenor David Butt Philip). Iolanta falls in love and — lo and behold — she decides to start firing up her optical nerves. Love conquers all. Simples.

Freudian trauma? Medical miracle? Heaven knows. The libretto may be risible, but the music is irresistible, and despite their wonky Russian pronunciation, Romaniw and Philip soar through it with enormous reserves of power and passion. Mikhail Svetlov, as Iolanta’s father is also thrillingly boomy. Olivia Fuchs provides a clear and straightforward production set among neon-lit geometrical shapes. They all do their best to rescue the evening from Sian Edwards’ stodgy conducting. 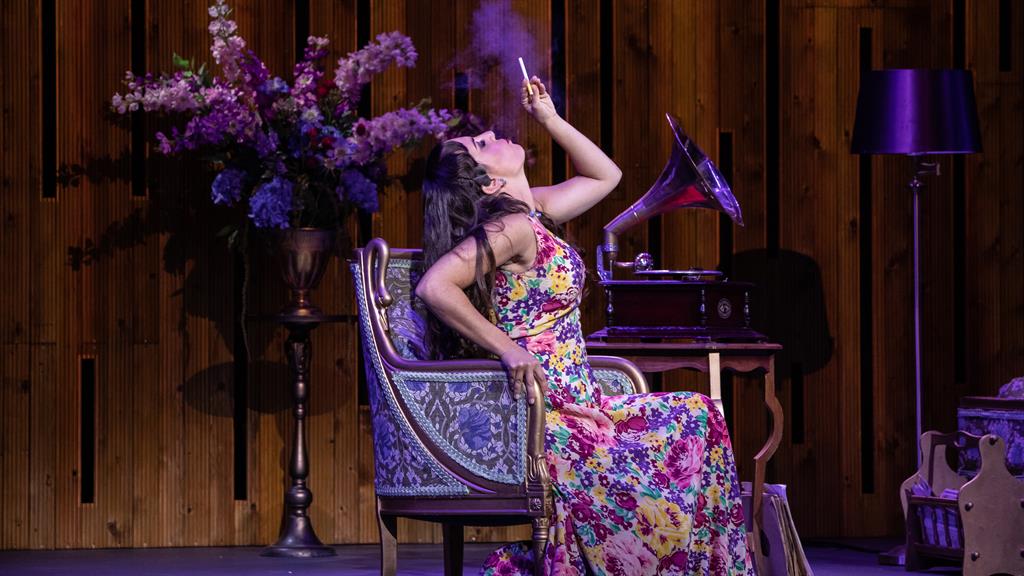 Iolanta is paired with another rarity, Il segreto di Susanna, about a woman hiding her cigarette habit from her suspicious husband. Ermanno Wolf-Ferrari’s 1909 comedy is another good-score-bad-libretto piece, and although baritone Richard Burkhard and soprano Clare Presland (above) do fine work as husband and wife, and director John Wilkie creates a fast-moving production, the dated sexual politics prevent the comedy from taking flight. A case of smoke without fire.