WHY does the gaggle of witches in Hansel And Gretel look weirdly like the children’s mother and father? Do the old crones’ paper bags contain sweets, or something more sinister? Why do their broomsticks light up?

If you want to find out (tip: I’d really recommend it), then head to Regent’s Park Open Air Theatre, where director Timothy Sheader has created a delightful production of Engelbert Humperdinck’s opera Hansel And Gretel, sung in English. Full of joy and wonder, and just creepy enough to thrill the little ones without tipping them over the edge, it’s another hit for the company’s fledgling partnership with English National Opera. 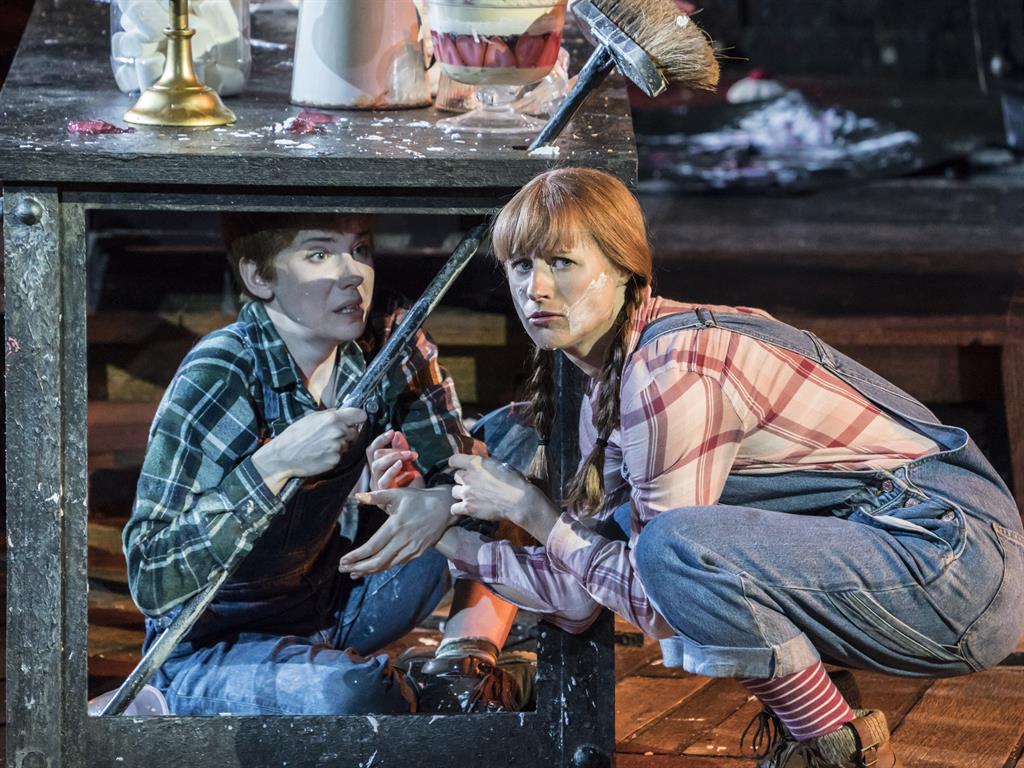 Designer Peter McKintosh creates an entrancing sort-of-modern world full of uncanny visual resemblances. An extended dream-sequence, which unexpectedly expands around a throwaway prop seen earlier in the show, and which manages to be both funny and extremely touching, is a particular delight. Things tail off slightly in Act 2 when the Marlene-in-drag Witch appears, but the denouement packs a heart-warming punch.

Of a double cast, I saw Rachel Kelly (Hansel), Susanna Hurrell (Gretel), Duncan Rock (Father) and Rosie Aldridge (Mother), who are all terrific both vocally and dramatically. Alasdair Elliott makes a bit of an effortful Witch, but conductor Ben Glassberg does a superb job with a new reduced version of the score.

Now come here my pretty, and have a sweetie…