ONE in five of patients waited more than four hours to be seen in A&E last month as emergency departments faced record visitor numbers and ambulance call-outs. The waiting time was the worst on record, NHS figures show — and the 2,181,024 attendances were 6.5 per cent up on a year earlier. Katherine Henderson, president of the Royal College of Emergency Medicine, said the NHS was in a ‘spiral of decline’, adding: ‘It will have been a miserable Christmas period.’

MORE than one in five children and young people referred to specialist mental health services are rejected for treatment, a report claims. A total of 133,000 youngsters were turned away in 2018/19, says the Education Policy Institute, which surveyed 62 providers. 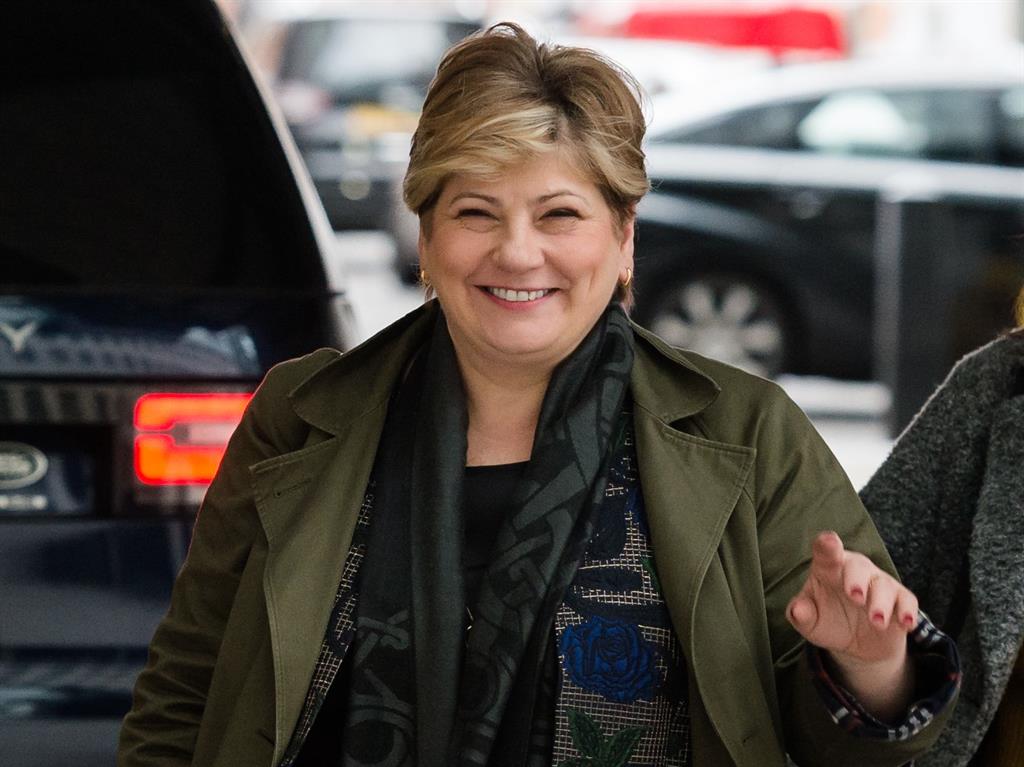 SHADOW foreign secretary Emily Thornberry has given party leader Jeremy Corbyn a zero rating for his general election performance. After leadership rival Rebecca Long Bailey gave Mr Corbyn top marks, Ms Thornberry (pictured) — who aims to replace him as Labour’s leader — told Sky News: ‘Losing an election is probably the most important thing by which you would measure a leader. We lost very, very badly. On that basis I would give him… nought out of ten.’ She rated his stance on tackling anti-Semitism as ‘two out of ten’.

TWO brothers who beat up a burglar may have contributed to his death, a coroner said. Adrian Casey, 50, had put an imitation gun to the head of Daniel and Ian Ward’s mother after breaking into their Leeds home. But the pair restrained him, punching him repeatedly. He was declared dead a short time later. Wakefield coroner Jonathan Leach recorded a narrative verdict, saying that his death might also have been caused by heart disease or drug use.

Park’s runaway panda is on the loose again…

AN ENDANGERED red panda has escaped from a wildlife park for a second time. Seven-year-old Kush went missing from Curraghs on the Isle of Man in October. He was found four weeks later in a nearby garden. Staff are ‘very concerned’ after he ran away again on Monday.

Seaweed being throttled by plastic bottles

LITTERED bottle tops are strangling seaweed, a beach-cleaning duo found. Rob Stevenson and daughter Emily spotted the kelp, which had grown through the caps, at Constantine Bay, near Padstow, Cornwall.

COUNCIL bosses have urged people to give cash to homeless charities, amid claims ‘professional beggars’ are earning up to £100 a day. Conmen posing as rough sleepers are becoming embroiled in turf wars over the best ‘pitches’ in Bearwood, Birmingham, said local politician Bob Piper. The public’s ‘good intentions’ sees many beggars earn more than bar and retail workers based in the area, he claimed. ‘It is difficult to distinguish between people who are in genuine difficulty and a chancer. The best thing is to donate to charities,’ he said.

■ DOWNING STREET has urged the House of Lords not to scupper Brexit by blocking legislation paving the way for it. MPs voted overwhelmingly in favour of Boris Johnson’s withdrawal bill but the Liberal Democrats, who have 94 peers, promised they would ‘continue to fight to hold the government to account’. However, the prime minister’s official spokesman said: ‘The country did deliver a very clear message that they want Brexit to be resolved.’

■ A GREYHOUND trainer who let three dogs starve to death has been convicted of animal cruelty. Clive Elliott, 40, of Swindon, did not feed the dogs for months, a trial at the town’s magistrates’ court, held in his absence, heard yesterday.

■ GRAFFITI vandals have painted two alien figures at a neolithic tomb in Cornwall. They were daubed on one of the granite stones at the Mulfra Quoit, in the south-west of the county, that is more than 5,000 years old.

■ A DIABETES drug could also help to prevent recurrent miscarriages, a study shows. Sitagliptin was found to help raise the amount of stem cells in the womb, a lack of which causes thousands of pregnancy losses.

■ A VETERAN blood donor is urging young men to follow his lead after figures showed only 70 step forward for every 100 women. Bob Downes, 63, who has given blood 75 times, called it a ‘duty’.

■ SOME 153 allegations of upskirting were made to police in the 182 days since it was made a crime, figures show. A 74-year-old woman and a girl of 14 were among the victims. Last year, ten men were convicted.

■ A VIOLIN said to have been bowed by poet Robert Burns in the 1700s is to be taken on a US tour. An inch shorter than other violins, it will be heard in performances by the Royal Conservatoire of Scotland’s Alistair McCulloch, the only person allowed to play it.

■ BRITAIN’S poshest chippy is serving king prawn gnocchi and £200 bottles of Dom Perignon. The Malt & Anchor in Cirencester, Gloucestershire, specialises in fish and chips, including to take away, but also offers quails’ eggs pickled in champagne.

■ THE body of a Mexican radio journalist has been found by the side of a road in Michoacan state, a month after he went missing. Fidel Avila Gomez was seized by armed men on November 29, said Mexico’s National Human Rights Commission.

■ NETFLIX must remove a film that depicts Jesus as a gay man, a court in Brazil has ruled. A judge said The First Temptation of Christ was blasphemous after a church group argued it hurt the ‘honour of millions of Catholics’. Netflix did not comment on the ruling.

■ A MAN has died four years after eating a sandwich his co-worker poisoned with mercury. The 26-year-old had been in a coma since the 2016 attack in Bielefeld, Germany. Colleague Klaus O, 57, was last year jailed for life for attempted murder.

■ A NEW type of coronavirus — spread through coughing, sneezing or touch — is blamed for an outbreak of viral pneumonia in China. Fifty nine people in Wuhan are affected. The illness had raised fears of a recurrence of Sars.

■ A 26FT wooden statue of US president Donald Trump was burned by arsonists in Slovenia, where his wife Melania was born. The effigy was put up in Moravce last year by creator Tomaz Schlegl to mock the ‘faces of populism’.