IT’S hard not to feel thoroughly depressed about the state of our political discourse when you look at the reaction to Boris Johnson being confronted on a hospital visit by a father desperately worried about the care received by his sick daughter. Omar Salem said his ‘gravely ill’ daughter was left for hours because of staff shortages at Whipps Cross University Hospital in east London.

He told the prime minister: ‘This ward is not safe for children… There are not enough doctors, there are not enough nurses, it’s not well organised enough. The NHS has been destroyed. And now you come here for a press opportunity?’

Mr Johnson bafflingly tried to insist there were no press at the event, despite it being captured on camera.

But, while the headlines will portray the confrontation as a disaster for Mr Johnson, at least we have a prime minister willing to meet and listen to the public, unlike some of his predecessors.

Soon the angry army was on the attack.

A section of the internet seized on the fact Mr Salem is a Labour activist and tried to discredit his concern for his baby by implying it was politically motivated.

This is deeply unfair — he may be a Labour supporter but he is first and foremost a father worried about his child.

While that angry band of keyboard warriors targeted Mr Salem, another wave was breaking, this time directed at the BBC journalist Laura Kuenssberg (pictured). 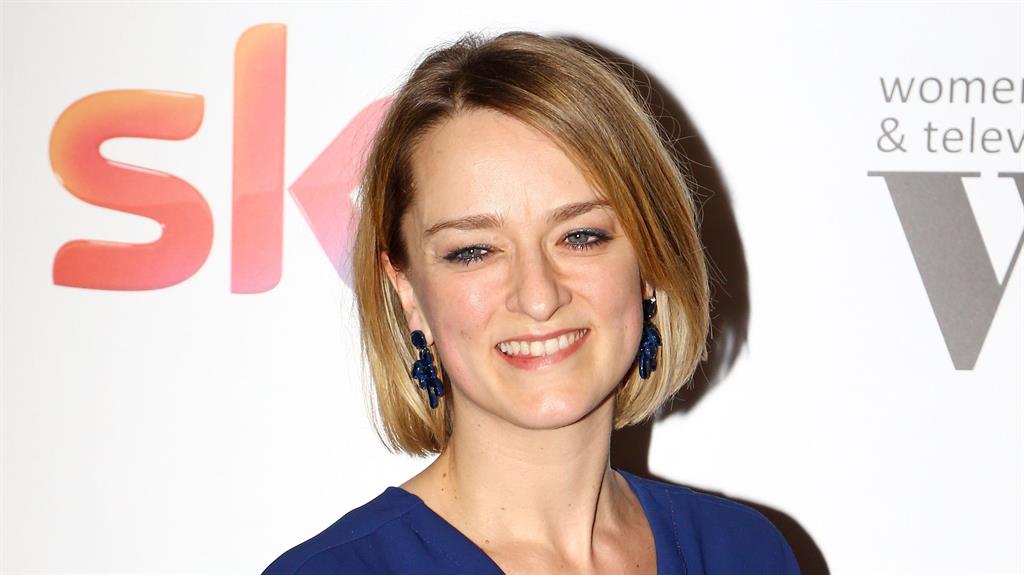 Her crime? Sharing a tweet by Mr Salem and factually stating he was a Labour activist.

Kuenssberg was accused of being biased towards the Conservatives despite the fact she had criticised Mr Johnson’s handling of the incident in a previous tweet.

Thousands of people replied to her tweet — many abusive and personal. There were co-ordinated moves to complain to the BBC and ask for her to be sacked.

Other male journalists and organisations such as Channel 4 News had directed their Twitter followers in exactly the same way — but did not provoke the same level of outrage (I wonder what could be different?).

It’s clearly worth noting that a member of the public confronting the prime minister is a Labour activist.

It also does not negate any valid and important points that they are making — particularly if they have not deliberately sought out the meeting. These things can both be true.

But in our politics now, there is only black and white, wrong or right, good or evil. You pick a tribe and stick to it unquestioningly and uncritically.

The keyboard warriors are like lemmings — following obediently despite how ridiculous the orders — while the state of our political discourse falls off the cliff.

For the record, is Cam sorry?

DAVID CAMERON’s memoir For The Record has landed — and he can’t resist picking a few painful scabs from the referendum. For Mr Cameron, Boris Johnson only backed Brexit to ‘help his political career’ while Michael Gove became ‘a foam flecked Faragist’.

I’ve been intrigued, however, by attempts in the interviews he has done so far to try and get Mr Cameron to apologise for the referendum. He’s been pushed repeatedly on whether he’s haunted by the result, and whether he should say sorry.

Presumably, for 52 per cent of the population, he has nothing to apologise for on that front?

Jean-Claude is in the hot seat over deal

WITH a prime minister newly focused on getting a deal after parliament’s bid to block a no-deal Brexit, all eyes are on the EU.

I’m excited to be speaking to European Commission president Jean-Claude Juncker this week — and I’ll do my best to get to the bottom of whether an agreement is possible in the coming weeks.

You can watch the full interview on this week’s Sophy Ridge on Sunday, on Sky News at 8.30am.

This week’s show will be broadcast live from Labour Party conference in Brighton, and former prime minister David Cameron will also be a guest on the show.

Are Lib Dems taking their anti-Brexit surge too far?

THE Liberal Democrats will be delighted by a new YouGov poll for The Times which puts them on 23 per cent after their conference — ahead of Labour on 21 per cent.

The party has a golden opportunity to capitalise on the unpopularity of Labour and the Conservatives.

I can’t help wondering, however, how their plan to revoke Article 50 if they win an election, rather than hold a referendum, will play with centrist Conservatives or even Leave-voting Lib Dem voters (and there are some — I’ve met them).

With Jeremy Corbyn not committing to campaign for Remain in a second referendum, do they really need to outflank Labour on Brexit?