■ The star of BBC2’s Guilt talks about trekking through ancient Japan, fleeing a madman in Moscow and tarot reading in Ibiza

I did the Kumano Kodo trail in Japan, which is a series of ancient pilgrimage routes that crisscross the Kii Hanto, the country’s largest peninsula. We did the Nakahechi route, a five-day trek covering around 12 miles a day, and although it’s absolutely amazing it was also seriously difficult at times because we were making our way through complete wilderness. The most intense aspect of it is that once you’ve begun, there’s no easy way out. At one point we took a wrong turn so became completely lost, which, combined with exhaustion, felt like the end of the world. But somehow we stumbled on to the correct route again and it was that moment that sticks with me as being so special. Instinctively, we found our way and ended up at an incredible waterfall.

Rome. I felt a real affiliation with the city from the moment I arrived. On my first day wandering around I stumbled into a small church near the Piazza Navona called the Church of San Luigi dei Francesi and there was a completely unguarded Caravaggio painting on the wall with no red tape or big crowds surrounding it. That sums up the vibe of Rome for me — it’s so much more unfussy and earthy than I had formerly thought. The Hotel Locarno is amazing. It’s a tiny boutique hotel that looks like something straight out of a Fellini movie (rooms from £150, hotellocarno.com). Head to the rooftop terrace, sit among the bougainvillea and admire the unparalleled views.

When have you been most scared while travelling?

I went to a film festival in Moscow but had a day off so I walked out of the hotel on my own — with a map but knowing no Russian. I got on the Metro in search of the Novodevichy Cemetery, which is famous for holding the graves of lots of Russian poets, writers, political leaders and philosophers. I found the graveyard, but there was a local guy outside who started shouting at me, grabbing me and pretending to shoot me with a machine gun. It was at that point that I realised I had no communication skills to grab a taxi or ask for help but somehow, by the grace of the universe I made it back on to the Metro, retraced my steps and got safely back to my hotel. 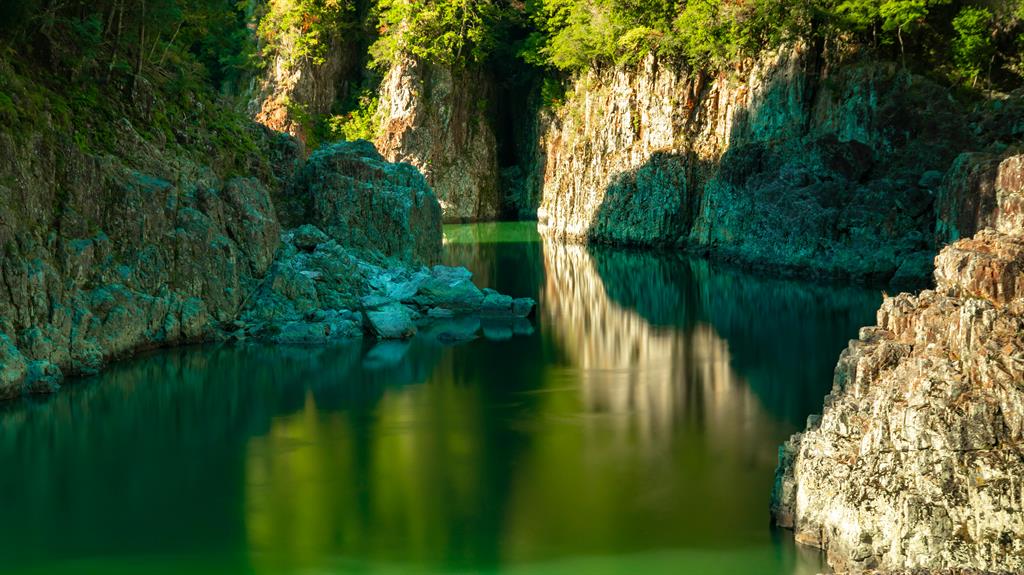 What has been your most life-changing experience while travelling?

A few years ago in Ibiza, me and some girlfriends were sitting around the pool at Pikes (rooms available May 2020 from £119, pikesibiza.com) and there was a tarot card reader sitting in the corner. I went over, thinking the reading would be a bit of a laugh, and honestly, she was mind-blowing. I’d just started seeing my now partner and she described him physically and his personality to a terrifyingly accurate degree, and she also described the flat I ended up buying in Hackney before I’d even seen it. I went back over to my friends, who could see how blown away I was, and when we looked back over, the woman had gone. The whole experience was really moving.

A former 12th-century Romanesque church called Santa María de Eunate near Muruzábal, Navarre in Spain (santamariadeeunate.es). I rocked up and was thrown together with loads of backpackers. We were each given a yoga mat to sleep on beside each other on the church floor, which seemed really alien at the time, but when I woke up at 6am and stepped outside to a sea of golden corn fields, it all made sense.

Hotel Cayo Levisa in Pinar del Río Province, Cuba (rooms from £116, hotelcayolevisa-cuba.com), which is only accessible by boat from Palma Rubia. There’s nothing around but a vintage resort with simple shacks on pure white sand beaches. The resort is like something out of Dirty Dancing with dance classes and evening entertainment. The only thing that would have topped it off is if Patrick Swayze had strolled in, back in his prime.