NICK FALDO claimed one of his most glorious victories at the 1989 Masters, but he had Scott Hoch to thank for an outrageous miss in the play-off.

Faldo was one of the world’s top golfers 30 years ago, and had already won his first major at the 1987 Open Championship. But this Augusta triumph elevated him to a new level.

The final round was a thrilling one throughout, with the Englishman making a tremendous charge from behind over the closing holes. Birdies on 13, 14, 16 and 17 sent him into a play-off with Hoch. 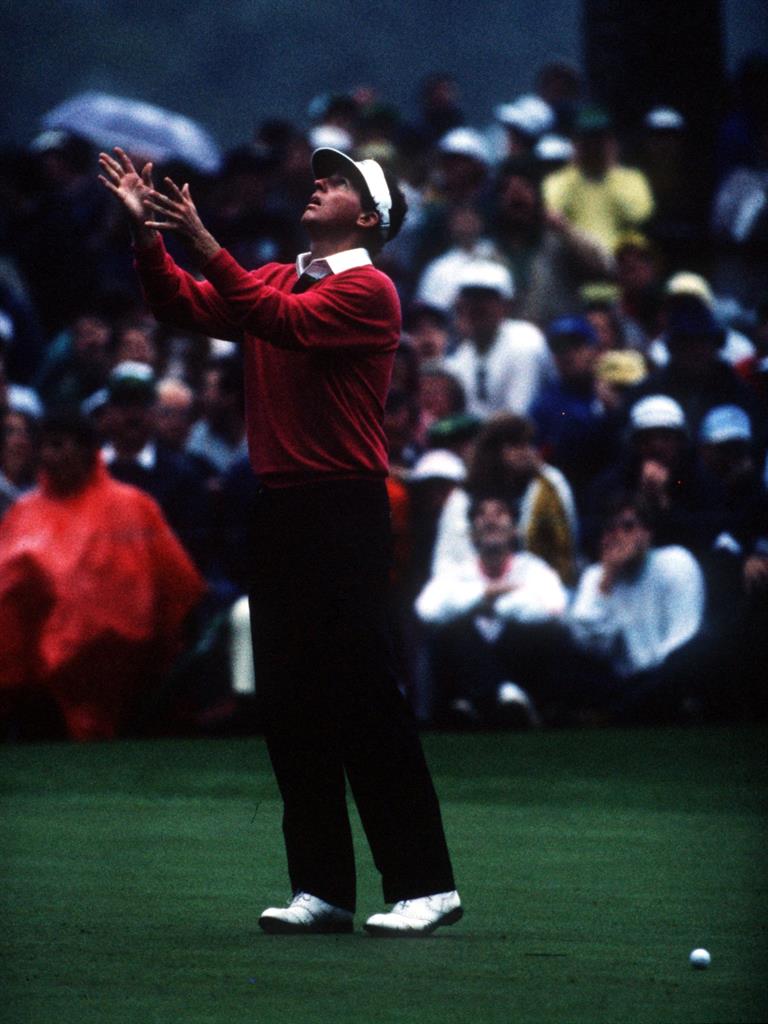 In the gloom of an April early evening, Faldo did not play well on the first play-off hole, the tenth, and Hoch was left with just a two-foot putt for victory. Inexplicably the American rolled the ball wide of the hole. He had never looked confident, originally pulling away from the putt. Hoch later admitted he was getting carried away with the moment.

‘Before the play-off one of the TV people said, “hey, so-and-so wants to see you on the Today show”. So I was thinking of other things — like “okay, finally I’m going to win a major” — instead of thinking about the putt. That’s why I stepped back.’

Faldo had been handed an unlikely reprieve and made it count when he rattled in a brilliant 25-foot birdie putt on the 11th for a memorable win.

The image of Faldo with arms aloft that night remains a treasured one for British golf fans.

‘It was ecstasy to make that putt,’ he said. ‘It was a dream. You dream it was going to happen. When it does right before your eyes, you can’t believe it.’

The victory was part of a run of British success at the year’s first major. Scot Sandy Lyle produced a mesmeric bunker shot on the final hole to land the 1988 Masters, while Faldo followed up his 1989 win with victory again in 1990. Welshman Ian Woosnam then joined the party, winning at Augusta in 1991. This year also marks a major anniversary of two successes for popular Spaniard Jose Maria Olazabal in the 1990s, which saw him follow in the footsteps of his friend and idol Seve Ballesteros.

In 1994, 25 years ago now, Olazabal finished with a fine 69 to overhaul Tom Lehman and win by two shots. Five years later, in 1999, Greg Norman did at one stage threaten to finally banish memories of all his near-misses and storm to Masters glory, but he dropped two shots late on and a closing 71 saw Olazabal triumph by two from Davis Love, with Norman a further shot behind.

That was the last European winner of the tournament until England’s Danny Willett claimed victory in 2016, with Spaniard Sergio Garcia successful 12 months later.