BACKPACKER Grace Millane messaged a friend to say ‘I click with him so well’ while on a Tinder date with the man accused of strangling her hours later, a court in New Zealand has heard.

Her friend, Ameena Ashcroft, said in a letter read out in court she ‘thought something was out of place’ when Ms Millane sent messages in which she admitted wanting to ‘get smashed’ with the 27-year-old defendant.

Jurors were shown security footage of the British woman, who had arrived a month before while on a round-the-world trip, visiting bars in Auckland with the accused, who cannot be named for legal reasons.

They kissed repeatedly at the Bluestone Room before walking arm-in-arm into the lobby of the CityLife hotel where the man was staying.

Ms Millane followed him out of the lift at 9.41pm — the last time she was seen alive.

The defence claims her death, on either December 1 or December 2, the date of her 22nd birthday, was accidental. Jurors have been told the man went on another Tinder date while Grace’s body was in his room. 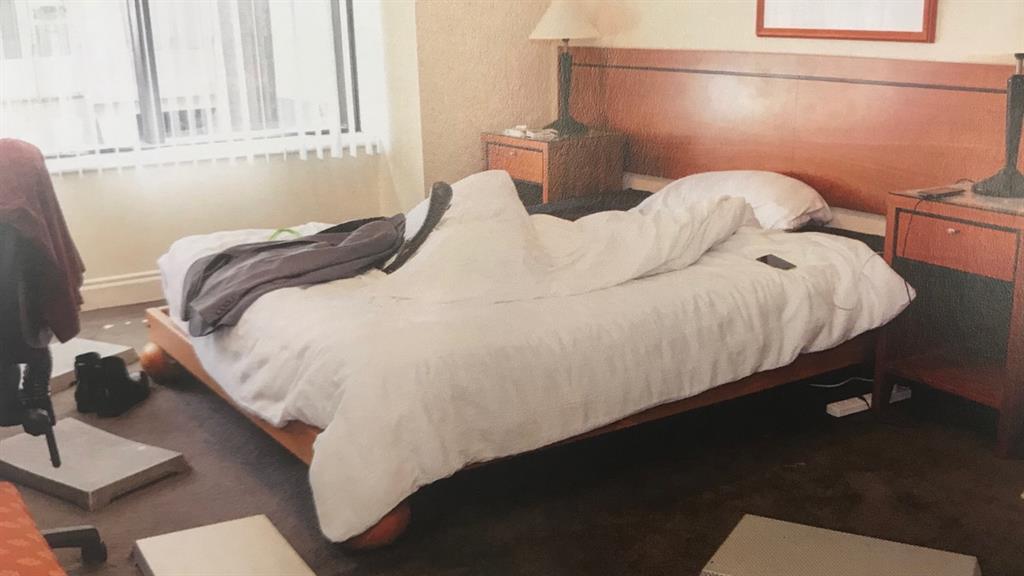 Her parents Gillian and David Millane, from Wickford, Essex, are in New Zealand for the trial.

Records showed the defendant had searched online for ‘rigor mortis’ ‘the hottest fire’, ‘large bags near me’ and ‘Waitakere Ranges’ — where Ms Millane’s body was found inside a suitcase on December 9.

The man denies murder. The trial at Auckland High Court continues and is expected to last five weeks.