ASIDE from her model looks, one of the first things you notice about Olga Kurylenko is her laugh — it’s a warm, happy one that comes when she’s talking about all manner of things, from movies to books to beaches. Her films have generally been more serious affairs, actioners like Max Payne or dramas like To The Wonder. But she’s getting the laughs as mysterious Ophelia in spy comedy Johnny English Strikes Again, the third instalment in the series with Rowan Atkinson as the bumbling agent. ‘It was great working with Rowan, he’s so funny,’ she says, ‘his facial expressions, body language… it makes me want to do more comedy.’

Having played an actual Bond girl opposite Daniel Craig in 2008’s Quantum Of Solace, this might have felt a bit of a comedown but if so, she’s not showing it.

‘It’s a parody of James Bond so it really appealed to me,’ she says. ‘I read the script and it’s like being a Bond girl for a second time but with lots more humour. Not many actresses have had the chance to be a type of Bond girl twice. I got the serious one and I got the funny one. This is perfect!’

Another attraction was the wardrobe: as Ophelia, ex-model Kurylenko gets to slink around yachts, mansions and hotels in the south of France, in an array of glittering gowns. ‘She’s very glamorous,’ she says. ‘In fact, Ophelia is much more glamorous than Camille in Quantum Of Solace, who was very unusual for a Bond girl.’ 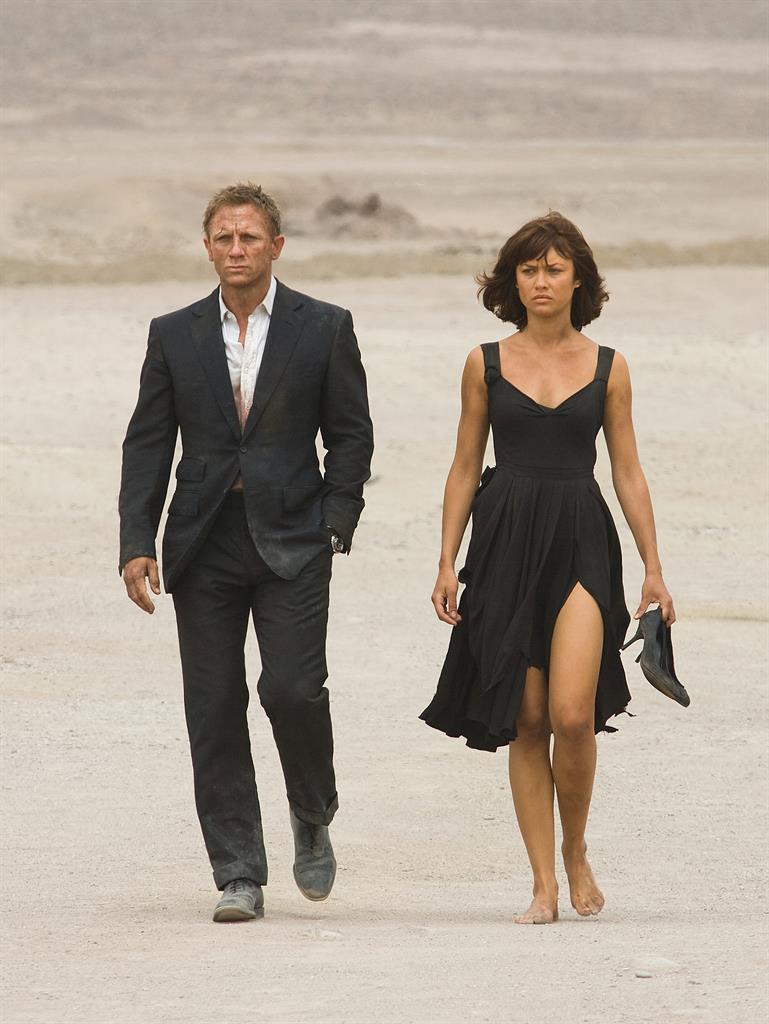 While some actors have raved about the idea of a female Bond, Kurylenko isn’t so sure. ‘It would be a different franchise,’ she says. ‘You can’t replace James Bond — he was written as a man. You can’t replace a man with a woman. But if you want to do a separate franchise where the woman is a spy and she’s badass, yeah, totally.’

Post-Weinstein and #MeToo, has the 38-year-old noticed a change in the way men are behaving in the movie industry? The answer is a gratifying ‘yes’.

‘Men are careful about what they say — on set, workers are afraid to touch you,’ she laughs sympathetically. ‘They’re terrified, the poor guys. The mic guy always has to touch you because he has to put the mic on you. I don’t care, it’s work. It’s like a doctor, if the mic guy touches you, it’s his job.’

But it’s not just about on-set etiquette. Kurylenko is seeing a change in scripts too. ‘There are more films that are female-driven and movies where the lead is a woman,’ she says. ‘I definitely see a change.’

Kurylenko also loves the physical side of her work. ‘Doing stunts is really fun, apart from if you have to perform a stunt on top of a cliff like Tom Cruise.’ Ah yes, Cruise, her co-star in 2013’s Oblivion. Does he really do it all himself? Apparently so. ‘There’s no one like Tom in terms of stunts and physicality,’ she says. ‘That man is fearless. I think he’s better than stuntmen’

As for Kurylenko’s on-screen action, coming soon she has Terry Gilliam’s The Man Who Killed Don Quixote, a sci-fi called Android and a leading role as Hedy Lamarr in the drama Radiant.

Home is currently London, with her son and boyfriend, actor Ben Cura. Kurylenko mentions him with a smile when asked if she’s had any run-ins with virtual reality, as Johnny English does in the latest film.

‘Yeah, my boyfriend does it,’ she says. ‘He likes to tease me with the most horrifying stuff: guys jumping with a chainsaw catching pigs… I have it on video. I was shouting, I was screaming — it’s actually very funny.’

Maybe there’s a Kurylenko comedy in that.

Johnny English Strikes Again is out next Friday

‘I quite like a strong eyebrow. Not too much, sometimes it goes overboard, but I do notice that if I make my brow darker, it brings out the face, so I understand. It’s amazing what just an eyebrow can do. But I usually wear natural make-up, or I don’t wear make up. When the face becomes a mask, that’s not good.’ 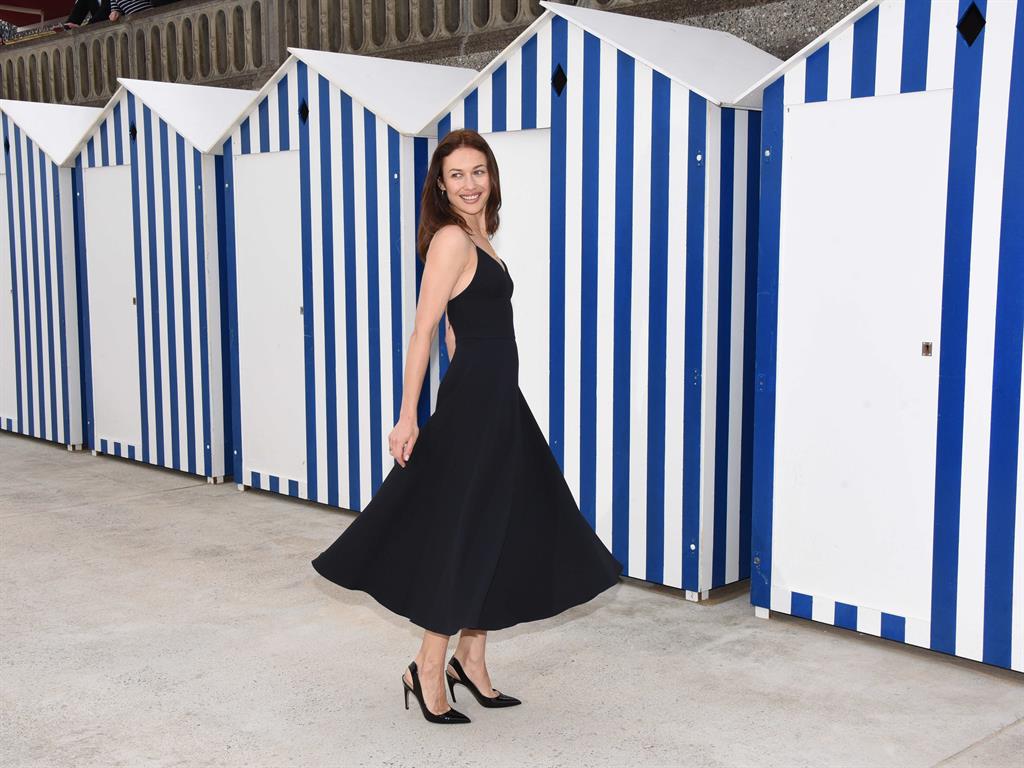 ‘Once you wear that knockout dress, you can’t wear it anywhere else so I get rid of them. Most of the time I’m dressed, I don’t own it, but I’ve got different brands — I’ve got some Victoria Beckham stuff, some Armani stuff, Roland Mouret dresses are always very knockout. What do I wear when I’m on the plane? Pyjamas!’

‘I’m passionate about health, alternative medicine — I’m really into the plant-based diet and the way we can heal ourselves with herbs — or, rather, prevent things. Drink wheatgrass juice — I think it helps a lot of things. The rest is just the regular: eat as many vegetables as you want, drink juices — not sweet, though, fruit juices are bad — sleep well. I don’t always follow it!’