A RESEARCHER has uncovered the oldest-known city view of Venice, dating back 670 years.

The image forms part of a manuscript containing travel tales from Niccolò da Poggibonsi, an Italian pilgrim who visited Jerusalem between 1346 and 1350.

During his pilgrimage, Niccolò passed through Venice and his description of the iconic city once known as La Serenissima — ‘the most serene’ — was accompanied by a pen drawing.

The ancient document was discovered earlier this year in Florence’s Biblioteca Nazionale Centrale by Dr Sandra Toffolo, a researcher from the University of St Andrews in Fife.

Dr Toffolo quickly realised that the scrawled picture — in which Venice’s famous canals are clearly visible — predates all previously known views of the city, outside of maps and charts.

Since the discovery, she has spent the past few months verifying the image by consulting books, manuscripts and articles.

A series of pinpricks on the original image also suggest the city view was more widely circulated.

This technique was used to copy images: powder was sifted through the pinpricks onto another surface, to transfer its outlines. 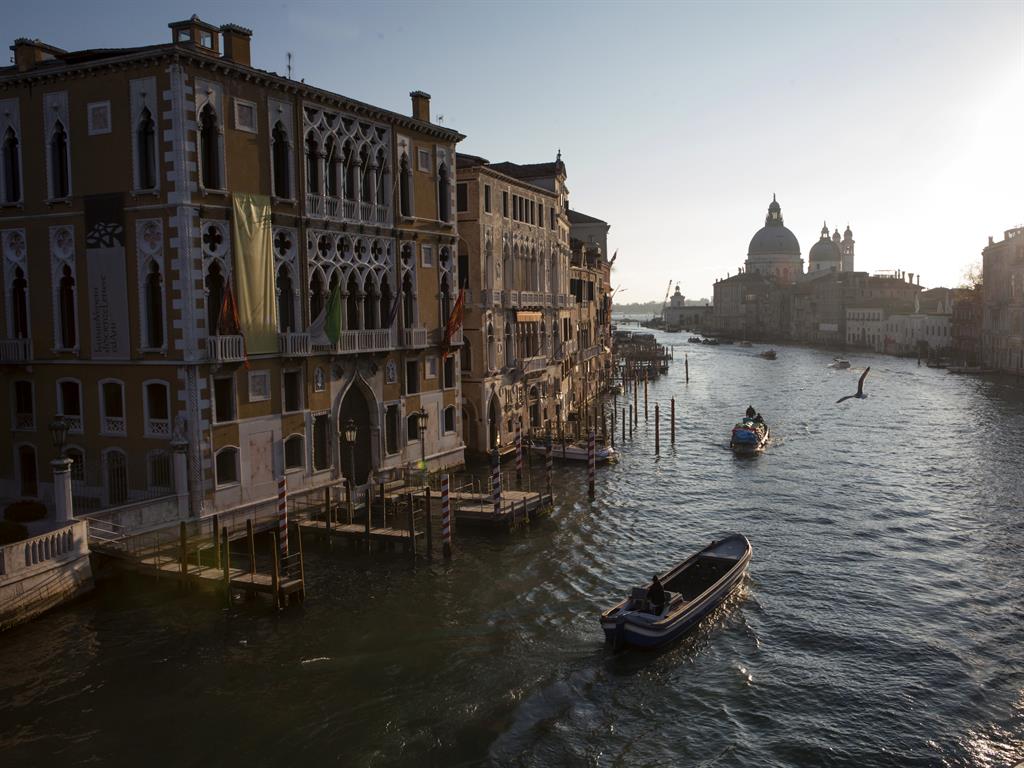 Dr Toffolo said: ‘The presence of these pinpricks is a strong indication that this city view was copied.

‘Indeed, there are several images in manuscripts and early printed books that are clearly based on the image in the manuscript in Florence.

‘The discovery of this city view has great consequences for our knowledge of depictions of Venice, since it shows that the city of Venice already from a very early period held a great fascination for contemporaries.’

Dr Toffolo uncovered the image during research for her study Describing The City, Describing The State. Representations Of Venice And The Venetian Terraferma In The Renaissance, which will be published early this year.