AN ESTIMATED 90 cyber crimes a day have taken place against children since the government introduced plans to tackle online harm, according to the NSPCC. Based on police data, the charity predicts there have been more than 25,300 sexual grooming and child abuse image offences since April 2019 — when the government laid out plans to make the UK one of the safest places to be online. A private members’ bill is set to be introduced into the House of Lords today which the charity hopes will speed up the introduction of legislation.

City plans to ban diesel and petrol cars from centre

BIRMINGHAM could become one of the first cities in Britain to ban diesel and petrol cars from its centre. Councillors want to introduce the scheme as part of a plan aimed at making the city carbon neutral by 2030. Bristol has already announced plans to ban all privately-owned diesel vehicles from entering a ‘clean air zone’ in the city centre between 7am and 3pm by March next year.

A TAXI union chairman has appeared in court accused of assaulting two police officers with the sound of a megaphone. James Farrar, 51, chairman of the United Private Hire Drivers’ branch of the IWGB, denied two counts of assault by beating of an emergency worker. He is expected to argue sound waves do not count as physical force so the use of the megaphone at a Parliament Square demonstration last March could not be assault by beating. The case is being heard at Southwark crown court.

■ COMPUTER users relying on Windows 7 have been advised to upgrade to avoid possible cyber attacks. The decade-old software still drives about a third of devices using Windows globally but, from today, Microsoft will stop updating it.

■ STARDUST from a meteorite that landed in Australia in 1969 is the oldest solid material ever found, a new report says. The material formed up to 7billion years ago, before our Sun was born, say experts at Chicago’s Field Museum.

■ A BOY of 17 has been arrested on suspicion of grievous bodily harm after a motorcyclist was blinded by an egg. The rider, 31, was injured when passing a car driving in the other direction in Wigston, Leicestershire, on Friday.

■ CAT lovers who are feline lucky can put their pet up for the National Cat Awards. The event in August, sponsored by Purina and run by Cats Protection, honours heroic cats and caring cats with an award for a special bond between feline and human.

Lava’s in the air as couple tie the knot 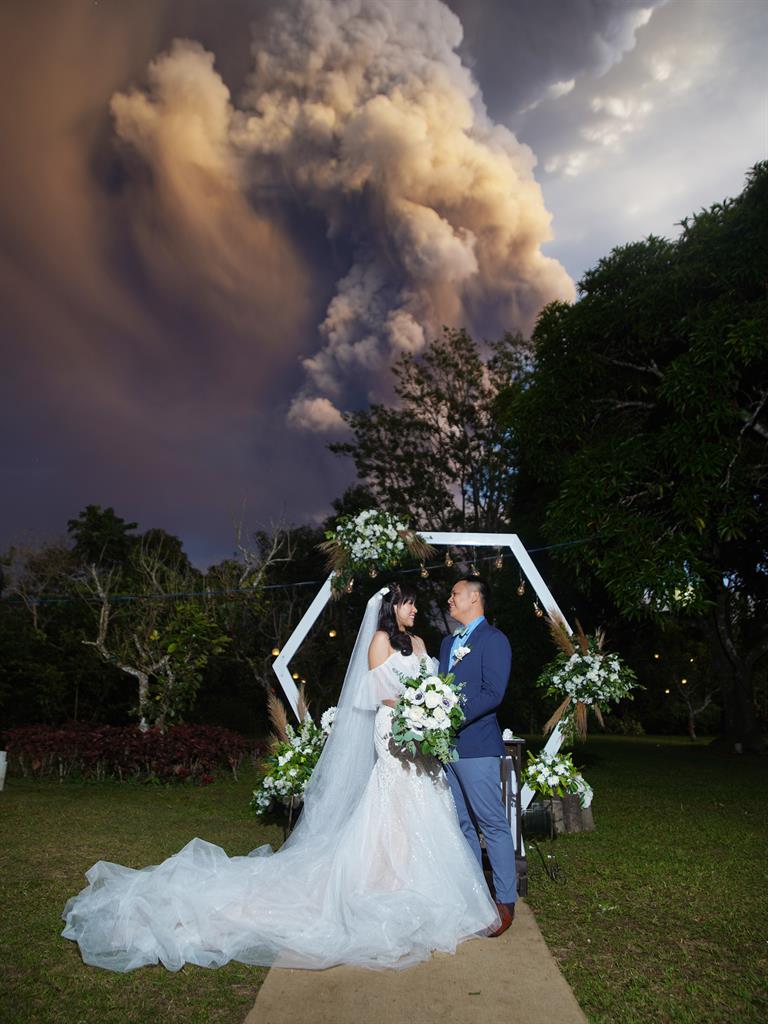 A VOLCANIC eruption provided the spectacular backdrop as a couple tied the knot just six miles away. The Taal Volcano in the Philippines began spewing lava and ash just as Chino Vaflor and Kat Bautista Palomar started exchanging vows. ‘We could feel the ash raining on our clothes,’ wedding photographer Randolf Evan told the BBC. ‘But it didn’t feel alarming until… it became mud-like.’ About 450,000 people have been told to leave an eight-mile exclusion zone, while all flights were suspended to and from the capital, Manila.

■ A MISSING sailor feared drowned has been found alive… with a huge hangover. The Lithuanian left his ship in the French port of Brest on Thursday. He was unaware of a huge search involving a helicopter and divers, until he returned on Sunday morning after a 72-hour bender.

■ AL-SHABAB terrorists killed three non-Muslim teachers and abducted another in an attack in eastern Kenya. The extremists from Somalia set fire to a police station in Garissa county and attempted to destroy a telecommunications mast.

■ A DEATH sentence given to Pakistan’s former ruler Gen Pervez Musharraf has been overturned by the high court in Lahore. Gen Musharraf, who ruled from 1999 to 2008, was convicted of wrongly imposing emergency laws. Judges have ruled his hearing was illegal.

■ AN EXPLOSION near an apartment block in Stockholm, Sweden, caused dozens of homes to be evacuated yesterday. Buildings and cars were damaged, with residents miles away hearing the blast. Police ruled out terrorism but it was suggested gangs might be to blame. No one was hurt.