The Greek businessman attended Friday night’s Championship match against Millwall, where he reportedly met with the first-team squad.

Marinakis is also the owner of Olympiakos, who are due to play Wolves tomorrow behind closed doors in the Europa League, and was at the Emirates Stadium last month when the Greek side knocked Arsenal out of the competition on away goals.

Yesterday he revealed on Instagram he was now following the advice of doctors regarding self-isolation. Marinakis said: ‘The recent virus has “visited” me and I felt obliged to let the public know.’

A Forest statement said he was diagnosed after first showing symptoms on his return to Greece on Monday afternoon, adding he did not show any symptoms while he was in Nottingham last week.

In a statement the Football League said: ‘The EFL remains in close contact with Nottingham Forest. The League is in dialogue to fully ascertain the set of circumstances that existed when Mr Marinakis visited the Club last week and in conjunction with the Club will make a determination on what measures are to be taken — if any — when full details are known.’

Olympiakos are still planning on hosting Wolves tomorrow, but the Premier League club have reportedly asked Uefa to postpone the fixture.

Wolves boss Nuno Espirito Santo told Sky Sports: ‘I don’t agree with playing football behind closed doors. If we have to go there, we will go, but we don’t agree — we’re not happy to go.

‘The main origin of football is to entertain. If the fans cannot attend, what’s the point? This is bigger than football.

‘Why not stop [football]? Are we sending the right message to say we’re okay to have contact and fans can’t?’

Neville against games behind closed doors 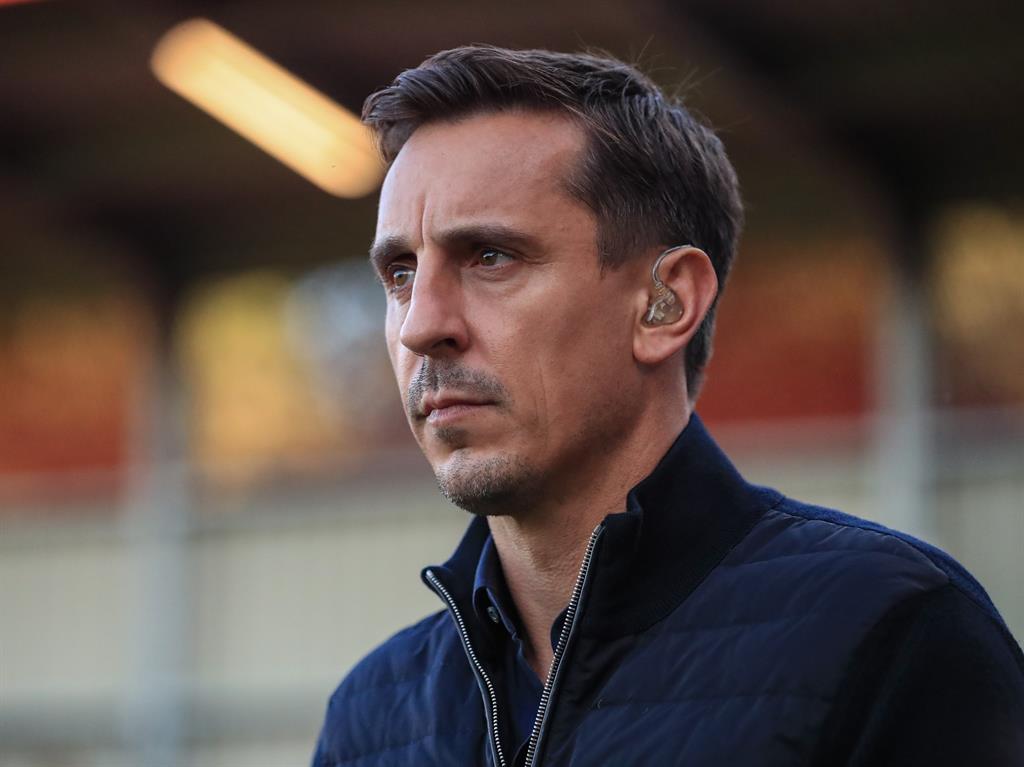 GARY NEVILLE, the former England defender who is a joint-owner of League Two Salford, has joined those rejecting the idea of playing domestic games behind closed doors because of the coronavirus outbreak.

Neville fears such a move would jeopardise the finances of some Football League clubs. ‘I do NOT support matches played behind closed doors,’ the Sky pundit (pictured) wrote on Twitter.

‘If it’s necessary to shut down stadiums the associations must find a way of delaying the season and playing the games when it is safe to do so to protect the revenues for clubs that require this income to survive.’ Sports bodies met with government ministers in the UK on Monday to discuss contingency plans but decided playing behind closed doors is not currently a necessary step.

In Europe, the picture is different with at least the next two rounds of Spanish La Liga matches to be played behind closed doors. All domestic sporting action has been suspended in Italy after prime minister Giuseppe Conte announced the whole country was on lockdown.

Indeed the Italian football federation has said the Serie A season may not finish because of the coronavirus outbreak.