PHOTOS have emerged of Strictly star Kelvin Fletcher going for another late-night drink with dance partner Oti Mabuse — hours after his wife insisted there was no ‘drama’ going on.

The latest snaps show the pair arriving at a bar in London’s Lincoln Plaza Hotel just after 11pm on Saturday. 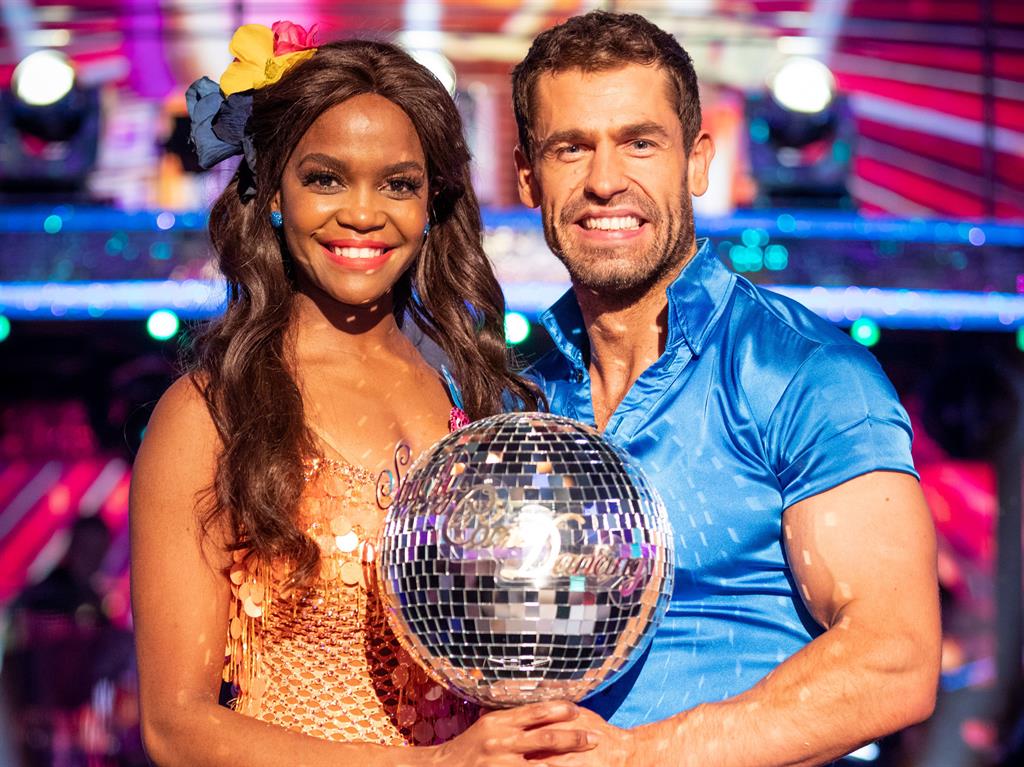 Fletcher, 36, and Mabuse, 29, were also snapped entering the Karma Sanctum Soho Hotel for a nightcap at 3.30am on Saturday. They have been on the Strictly live tour since winning last year’s series.

Hours before the new images appeared, Fletcher’s wife Eliza Marsland, who married the Emmerdale actor in 2015, downplayed reports of a rift.

Having been seen without her wedding ring, the mother-of-two wrote on Instagram: ‘That ring is heavy. It only comes out on special occasions! Oh and it was fake tan day #nodramahere.’

Her post came after Fletcher rushed home from the tour to see her, and they shared a goodbye kiss as he returned to Strictly.

Mabuse, married to dancer Marius Lepure, is said to be ‘mortified’ by the fuss.