NASCAR has launched an investigation after a noose was found in a racetrack garage used by the black driver who lobbied for the US motorsport to ban fans from waving the Confederate flag.

The rope was discovered in Bubba Wallace’s stall at the Talladega circuit in Alabama, where a race was due to take place on Sunday before being postponed because of storms.

NASCAR said: ‘We are angry and outraged, and cannot state strongly enough how seriously we take this heinous act.’ 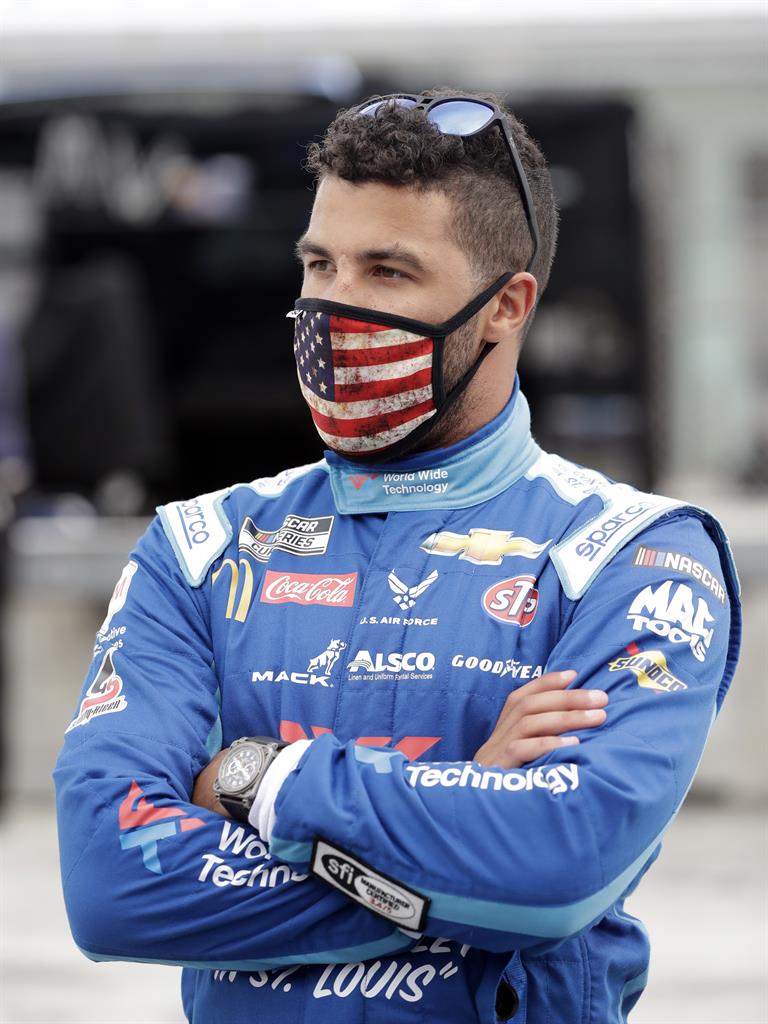 Wallace successfully pushed two weeks ago for the flag to be banned inside NASCAR arenas because of its links to the era of slavery.

The 26-year-old, who is the only full-time black driver in the elite Cup Series, tweeted after the noose was found: ‘The despicable act of racism and hatred leaves me incredibly saddened and serves as a painful reminder of how much further we have to go as a society and how persistent we must be in the fight against racism. As my mother told me today, “They are just trying to scare you”.

‘This will not break me, I will not give in nor will I back down. I will continue to proudly stand for what I believe in.’

Before the scheduled race, NASCAR fans had flown Confederate flags from pick-up trucks outside the track, one of them bearing the words: ‘If this flag offends you, it made my day!’

Overhead, a plane pulled a banner of the flag with the words ‘Defund NASCAR’. Outside, unofficial merchandise seller Ed Sugg said sales of Confederate flags were ‘doing very well’.

He added: ‘I don’t think anybody really connects it to any kind of racism or anything.