NATWEST customers will soon be able to shop online without needing to enter their card details at the checkout.

The bank is in discussions with major retailers, and expects customers to have the new payment option when making some online purchases in the coming months.

It will mean NatWest users can opt to be redirected to their bank’s online banking page or mobile app at online shop checkouts, rather than entering their card details manually.

As well as cutting out the hassle of keying in the long card numbers, customers will also be able to check their balance before making a payment — helping to avoid any surprise transactions or overdraft fees.

It also means shoppers will be able to make payments while sharing only a minimal amount of data.

Businesses involved could save on some card processing costs, as well as having payments settled immediately through bank-to-bank transfers, NatWest said.

The move is possible due to ‘open banking’ technology, which aims to help give people a clearer view of their finances, and encourages innovation in banking products by enabling information to be shared securely.

Paul Thwaite, NatWest managing director for sales, specialist businesses and business banking, said: ‘This new service provides our customers with an alternative way to pay, which is convenient and simple to use.’

He added the technology will ‘bring benefits to both our personal and corporate customers’.

THE £6.2million cheque that eventually made the Trotters rich on Only Fools And Horses is to be sold.

Del Boy and Rodney hit the big time after they sold an antique watch they found in their garage at Sotheby’s. They were handed the cheque during a 1996 episode of the BBC comedy. 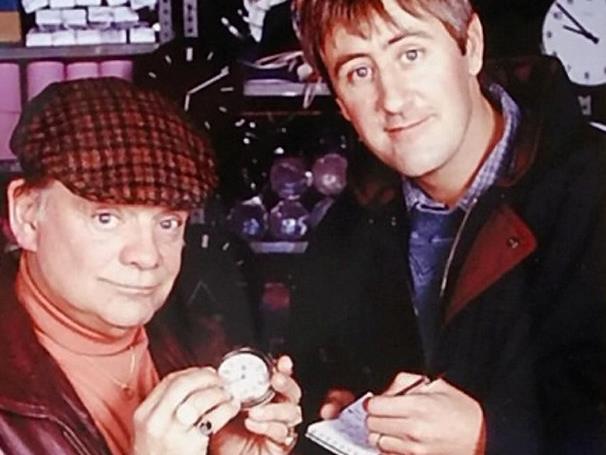 ‘It was only seen on screen for a few moments, but this prop was the culmination of the series,’ said Andrew Stone of East Bristol Auctions. It could fetch £3,000 in a TV memorabilia sale on June 7.

■ JOHN LEWIS is to trial a delivery service that will let customers pick up online orders at Co-op stores. Click-and-collect will be available from next week at five branches in London, Manchester and Nottingham.

■ HOLLYWOOD Bowl scored a profit strike after investing in a refurbishment programme. Pre-tax profits jumped 12.5 per cent to £16.8million in the six months to March as the 60-centre entertainment group carried out improvements, rebranded some AMF venues under the name and added two centres. Revenue rose 5.3 per cent to £67million. Bowling fans spent £9.79 on average per game, a rise of 6.4 per cent, with drink and food takings also up. CEO Stephen Burns said: ‘We are delighted. There remains significant scope for further growth.’

■ COMPETITION watchdogs have accused four drugs companies — Alliance, Focus, Lexon and Medreich — of colluding to restrict the supply of anti-nausea pill Prochlorperazine, driving up NHS prices by 700 per cent.

■ BARGAIN retailer B&M posted another year of growth and opened 44 new stores in the UK. Group profit before tax rose 8.7 per cent to £249.4million in the year to March 30 while revenue was up 17.1 per cent.

■ TALKTALK cut losses by persuading existing customers to switch to its faster, pricier, fibre broadband service. It made a pre-tax loss £5million in the year to March 31, significantly better than its £100million loss a year earlier.

■ PUB chain Young’s is toasting its success after a 5.1 per cent rise in annual profits to £39.5million. But boss Patrick Dardis warned it would be ‘tough’ to follow last year’s bumper World Cup summer.