JORDAN PICKFORD admits he has no idea if he will keep his place as England’s No.1 for tomorrow’s Nations League game with Denmark.

The Everton keeper has come in for criticism for his form at club level, with Nick Pope challenging strongly and Dean Henderson also ready to stake his claim.

Pickford has long been Gareth Southgate’s first choice but the England boss is yet to tell him if he will keep the gloves in Copenhagen.

‘He hasn’t spoken to us about anything — I think we all train hard every day and it is fantastic,’ said Pickford after Saturday’s 1-0 win in Iceland. ‘We have had a great week and what happens will happen.

‘The main thing for us was getting a result. We’ll debrief the game and we’ll get recovered, but for me, nothing’s been said to us.’

Pickford had little chance to impress in Reykjavik, when he did not face a shot on target as England enjoyed 78 per cent possession.

He believes referee Srdjan Jovanovic may have been trying to even the score when he awarded Iceland a stoppage-time penalty in ten-man England’s Nations League opener. A drab encounter burst into life in the closing stages as Raheem Sterling won and converted a last-minute penalty.

Sverrir Ingason was shown a second yellow card for his handball in conceding the spot-kick, with England having already had Kyle Walker dismissed for two bookable offences.

The drama did not end there as Iceland attacked straight from kick-off following Sterling’s spot-kick and were awarded a penalty of their own as Joe Gomez wrestled Holmbert Fridjonsson to the ground. But unlike Sterling, Birkir Bjarnason could not keep his cool and blazed high and wide. Pickford was left feeling Jovanovic had been tempted to even the odds. ‘With us getting a penalty down the other end, I haven’t seen it back but I think the referee might have made an early decision to just give it to them,’ he said.

‘But luckily we got away with one, a clean sheet and a 1-0 win for us away from home, which is good.’

Williams winner arrives in NEC of time for Wales 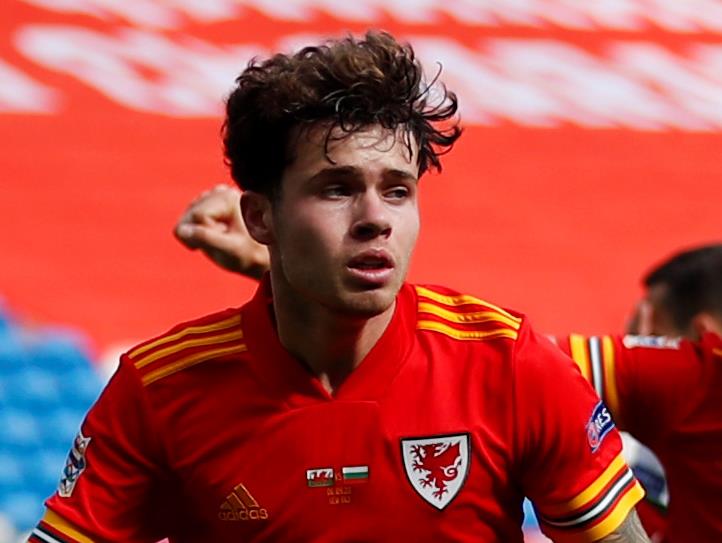 WALES’ winning habit continued with a 1-0 victory over Bulgaria thanks to Neco Williams’ dramatic stoppage-time header in Cardiff.

Liverpool teenager Williams (pictured), a second-half substitute, met Jonny Williams’ cross in the fourth minute of injury time. It was the full-back’s first goal in senior football coming after his breakthrough season at Anfield.

Wales had opened their Nations League campaign with a 1-0 win in Finland on Thursday when Ryan Giggs’ side made light of several notable absentees.

■ REPUBLIC of Ireland were beaten 1-0 by Finland in Dublin to ruin manager Stephen Kenny’s first home game in charge.