THERESA MAY admitted that Brussels can lock Britain ‘indefinitely’ into the Northern Ireland backstop after she was finally forced to publish her secret legal advice on Brexit.

In the document, attorney general Geoffrey Cox warned that Britain would need European Union permission to leave the backstop, keeping Britain in ‘protracted and repeating rounds of negotiation’.

‘This remains the case even if the parties are still negotiating many years later,’ he warned in advice which was intended just for the eyes of the Cabinet. ‘Even if talks have clearly broken down and there is no prospect of a future relationship agreement.’

The news enraged the prime minister’s allies in Northern Ireland’s DUP, who warned Mrs May that her deal was ‘heading for a brick wall’ and pledged to vote it down on Tuesday.

‘This is totally unacceptable and economically mad in that it will be erecting internal economic and trade barriers within the UK,’ said the party’s Nigel Dodds during the second day of debate on the withdrawal deal. ‘The truth is now laid bare for everyone to see.’

The government could also choose to diverge from Northern Ireland’s customs regime if the EU agrees — further infuriating the unionists who prop up Mrs May’s minority government.

The advice was published after MPs passed an unprecedented vote holding the government in contempt of parliament for ignoring a previous order to hand it over.

Mrs May yesterday insisted there was ‘no difference’ between Mr Cox’s six-page letter and the 52-page ‘summary’ published earlier this week in a bid to satisfy MPs.

‘I have myself said that there is indeed no unilateral right to pull out of the backstop,’ she told MPs.

‘What I have also said is that it is not the intention of either party that the backstop should be used in the first place, or that if it is used, should be anything other than temporary.’ 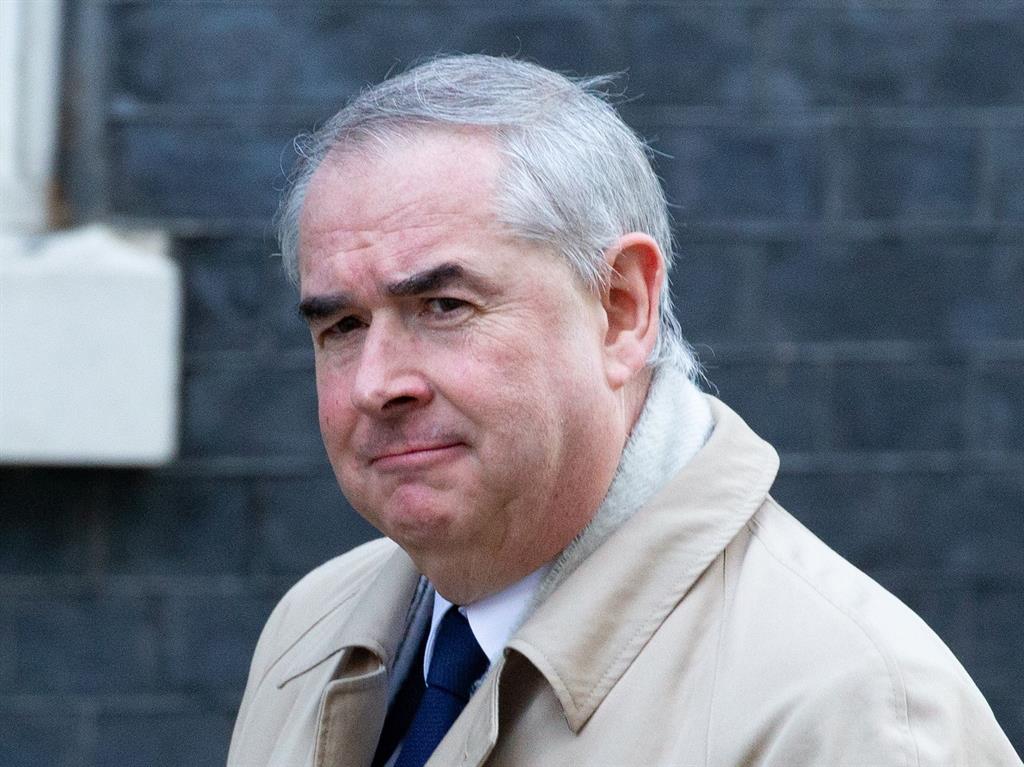 ‘All week we have been told by government ministers that releasing this information could harm the national interest, but the advice contains nothing of the sort,’ he added. Home secretary Sajid Javid said free movement of people would end, ‘deal or no deal’.

But he warned the deal was needed to protect security co-operation with the EU.

‘Police would have fewer options for pursuing criminals across borders, and it would take longer to track, arrest and bring to justice those who commit crimes internationally,’ he said.

Veteran Tory Brexiteer Sir Desmond Swayne claimed ‘the game is up’ for those who want to leave the EU after MPs voted themselves the power to tell the government what to do next if the deal is defeated on Tuesday.

‘The game for us must be to find some orderly way round that, irrespective of the majority now against us,’ he added.

Andrea Leadsom, leader of the Commons, said the government was ‘committed to leaving the EU in line with the referendum’ and warned the alternative risks Britain ‘leaving the EU on March 29 next year without a deal’.