IRAN’S ambassador to the UK was yesterday summoned to the Foreign Office after the ‘unacceptable’ arrest of Britain’s top diplomat in Tehran.

Hamid Baeidinejad was called in to make an apology after Rob Macaire was held by Iranian police as demonstrations broke out on Saturday over the downing of a Ukrainian airliner.

Boris Johnson’s spokesman called Mr Macaire’s arrest ‘an unacceptable breach of the Vienna Convention’ and said it needed to be investigated.

In the Commons, foreign secretary Dominic Raab said Mr Macaire’s arrest was a ‘flagrant violation of international law’ and security at the embassy in Tehran was being reviewed.

No.10 has also called for ‘a comprehensive, transparent and independent investigation’ after Iran’s Revolutionary Guard admitted accidentally shooting down the Ukrainian International Airlines plane — killing all 176 people on board, including four Britons.

Canada’s prime minister Justin Trudeau said it had been gut-wrenching to listen to stories from relatives of 57 Canadians on the doomed flight. At a memorial, he said: ‘We will not rest until there is justice and accountability.’

Meanwhile, video footage appeared to show Iranian security forces firing live ammunition and tear gas to disperse demonstrators in Tehran angry at the regime’s initial denial that it had shot down the plane. People are seen coughing as they escape the fumes.

Another video shows a woman being carried away with a blood trail on the ground. Those around her cry out she has been shot in the leg. Police chief Gen Hossein Rahimi denied his officers opened fire but admitted using tear gas.

He said police treated those gathered ‘with patience and tolerance’.

Operation Clear-Up at US base hit by missiles 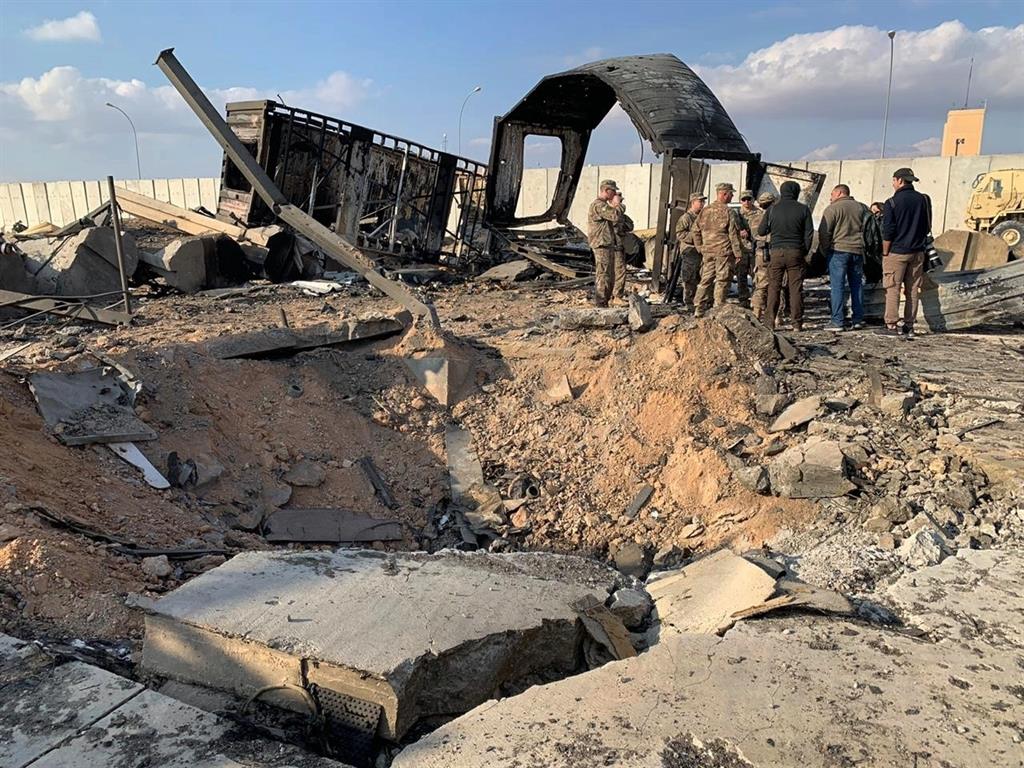 US TROOPS have begun the clear-up operation at one of the Iraqi military bases hit by a retaliatory strike by Iran. Diggers were seen lifting rubble on to trucks from an area the size of a football stadium as soldiers inspected portable housing units destroyed in the missile attack on Ain al-Asad base last week.