NIVEA has come in for a storm of criticism over ‘racist’ adverts promoting a body lotion that lightens the skin of black women.

Adverts for the cream, which promises women ‘visibly fairer skin’, have appeared on billboards and in TV spots across West Africa.

In one clip, a black actress says she wants to ‘restore my skin’s natural fairness’ as she rubs the lotion on to her arms, before a man compliments her ‘beautiful glowing skin’. She adds: ‘Now I have visibly fairer skin, making me feel younger.’ 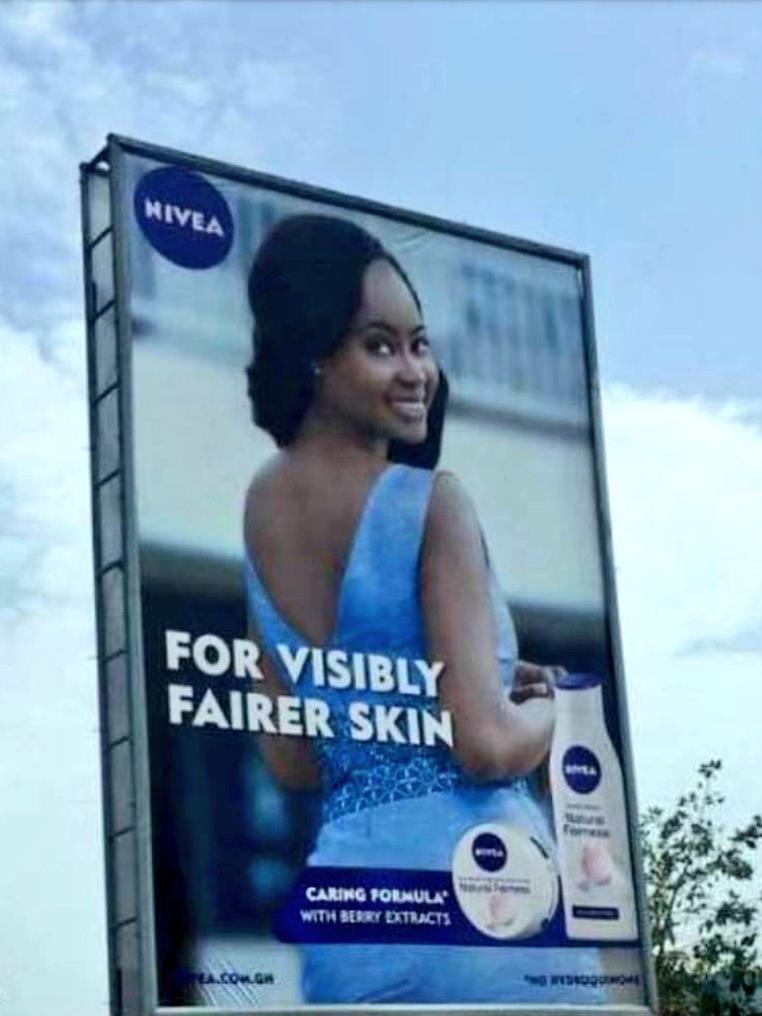 Many people reacted with horror to the ads when they were shared on social media yesterday.

American actress Monica Raymund tweeted a clip and said: ‘Whoa… this is horrendous. Nivea is pushing this racist ad in Africa. Speechless’.

London-based entrepreneur William Adoasi commented: ‘This is why black businesses need to rise up and cater for our needs. Nivea can’t get away with pushing this skin-lightening agenda across Africa. Appalling.’

Another commentator wrote: ‘There is a market for this in Africa. Sadly, Nivea is taking the bait.’

About 75 per cent of women in Nigeria use skin-lightening products, with demand also high in Ghana, Senegal and Kenya, a report by the University of Cape Town said last year.

The products are also popular in parts of east Asia.

The furore comes months after Nivea apologised over adverts for a deodorant in the Middle East which featured the tagline ‘White is Purity’.

Earlier this month, Dove ‘deeply regretted’ the offence it caused with an advert featuring a black woman pulling off a T-shirt to reveal a white woman.