He was joking, of course, but the stand-up and host of BBC2’s The Mash Report has found growing levels of success for his brand of comedy, which, as well as being incredibly funny and clever, takes a clear moral stand on current affairs.

Because of his approach, it’s natural to ask the 33-year-old Londoner what he believes the purpose of comedy is.

‘If it’s not making you laugh, it’s a problem,’ he says. ‘I’ve always seen comedy as a release valve for wider society. You watch comedy for some kind of escape, and that doesn’t necessarily mean you want to go and escape the world completely, although that is an option. As a comedian you’re either talking about something abstracted that completely takes the audience out of their day-to-day life, or serious issues from the real world. 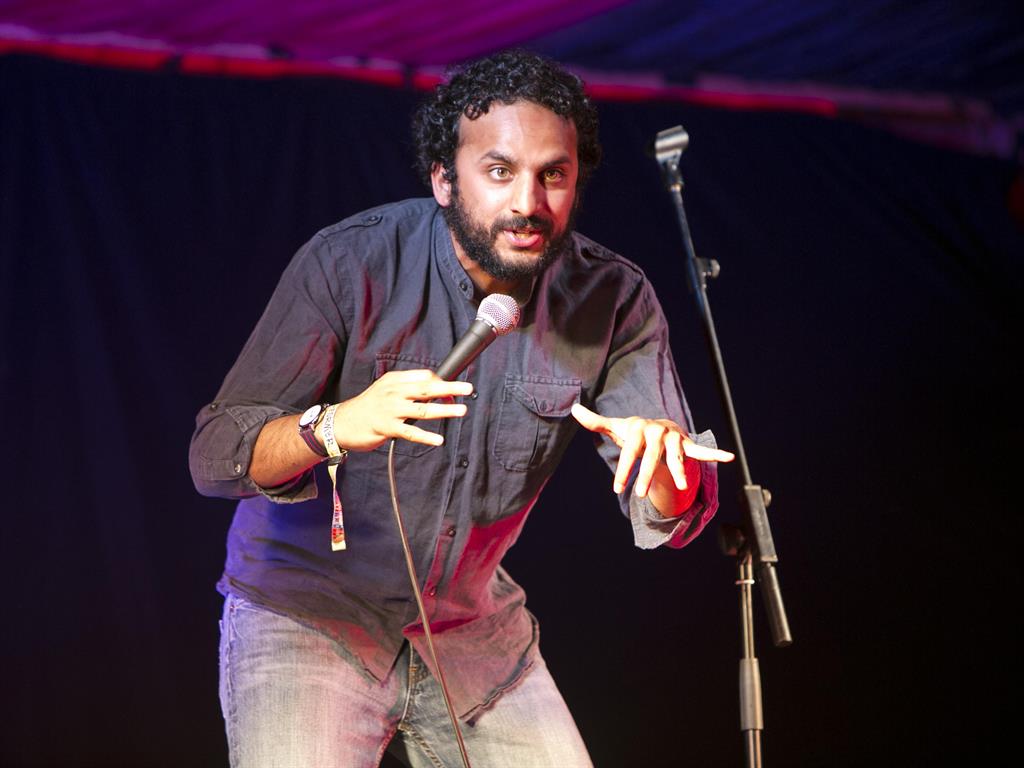 ‘Either way, the idea is to give the audience a break on some level.’

Nish is currently in the early stages of his mammoth It’s In Your Nature To Destroy Yourselves tour and, as a result, is completely immersed in news. Doing such a topical show for a long stretch is not without its challenges. ‘Current events are a pretty obvious starting point [for content],’ he says.

‘There’s going be a hard-wired hour, then there’s space for things to change and for me to react to what’s going on in current events. There’s a lot of what you would expect: it’s Brexit, it’s Trump, but it’s also been a bruising year for comedians and comedy fans because of the various different unpleasant revelations about the behaviour of male comedians. All of that is feeding into the show.’ The style he’s developed since he first started performing comedy — with the Durham Revue while studying English and history at university there — was moulded largely by his experience on the debating teams at school and university. ‘Real cool guy stuff,’ he jokes. Although he was pretty well-behaved as a teenager, he was clever and a bit lazy, and did quite his fair share of what he describes as ‘mouthing off in the classroom’. Learning to debate has helped him to channel that.

‘I worked out that what I really liked was making jokes around issues,’ he says. ‘I was never really good at it, but what I was good at was making jokes. Being brutally honest, my stand-up is just a funny debating speech.’

That style has paid dividends, and his role on the increasingly funny Mash Report — for which he’ll break the tour for six weeks in the autumn to film the new series — has helped the show call out injustice and abuse of power.

So does he feel part of a movement that is starting to achieve something meaningful? ‘I hope so,’ says Nish. ‘I’m trying to. I think lots of comedians are taking stock of what we’re doing on stage just because we’re not just dealing with issues that are a difference of opinion any more.

‘When Trump is tearing children away from their parents at the border, you’re no longer saying, “Oh well, they’re all as bad as each other.” There comes a point where you have to take some kind of moral stand. I hope that I and my colleagues will continue to do that.’