NIGEL FARAGE vowed to target the five million Labour voters who backed Leave in the referendum as he unveiled his Brexit Party’s candidates for next month’s General Election.

Confirming that the party would be standing in more than 600 constituencies on December 12, Mr Farage dismissed accusations he would split the Leave vote by running against the Tories, saying Boris Johnson’s EU deal was ‘not Brexit’.

He said: ‘We won’t split the vote because we will be the only people actually offering Brexit — leaving the European Union and its institutions.’ 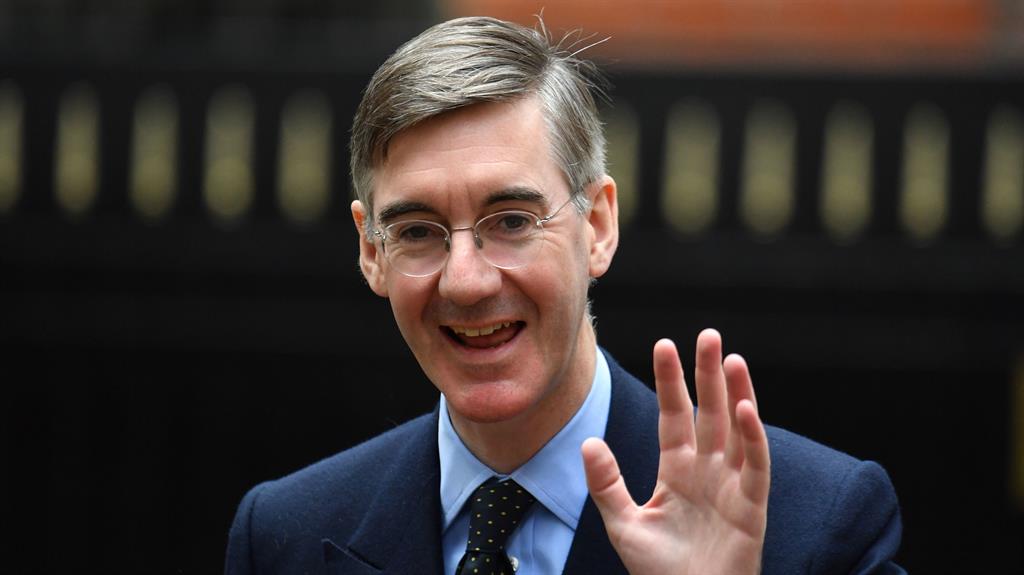 Speaking at an event in Westminster, Mr Farage — who is not standing as an MP himself — accused the Conservatives of ‘conceited arrogance’ after leader of the Commons Jacob Rees-Mogg (above) urged him to step aside and ‘leave the field’.

Mr Rees-Mogg warned that he was in danger of snatching ‘defeat from the jaws of victory’ after his part in the campaign to leave the EU.

However Mr Farage — who repeated his offer to work with Mr Johnson in a ‘patriotic alliance’ if he dropped his deal with Brussels — said the Tory plan was a ‘sell-out’.

He said that when he was Ukip leader, the party had done ‘far more harm’ to Labour than to the Tories. The Brexit Party would now be focusing on those Leave-voting Labour constituencies which were represented by pro-Remain MPs, he said.

‘Those 5million are the most vulnerable group of voters to the Brexit Party in this country,’ he said. ‘I will be out in those Labour constituencies. I’ll be in the East Midlands, I’ll be in South Wales. I’ll be in the north-east. I want the country to know the sheer extent of Labour betrayal.’

Mr Rees-Mogg insisted the PM’s deal represented a ‘complete Brexit’ — and called on Mr Farage to recognise the campaign to leave the EU had been a success.

He told LBC radio. ‘He should be really proud of his political career, it would be a great shame if he carries on fighting.’ Mr Rees-Mogg added: ‘I understand why Nigel Farage would want to carry on campaigning because he has been campaigning for the best part of 30 years and it must be hard to retire from the field.

‘But that is what he ought to do.’ 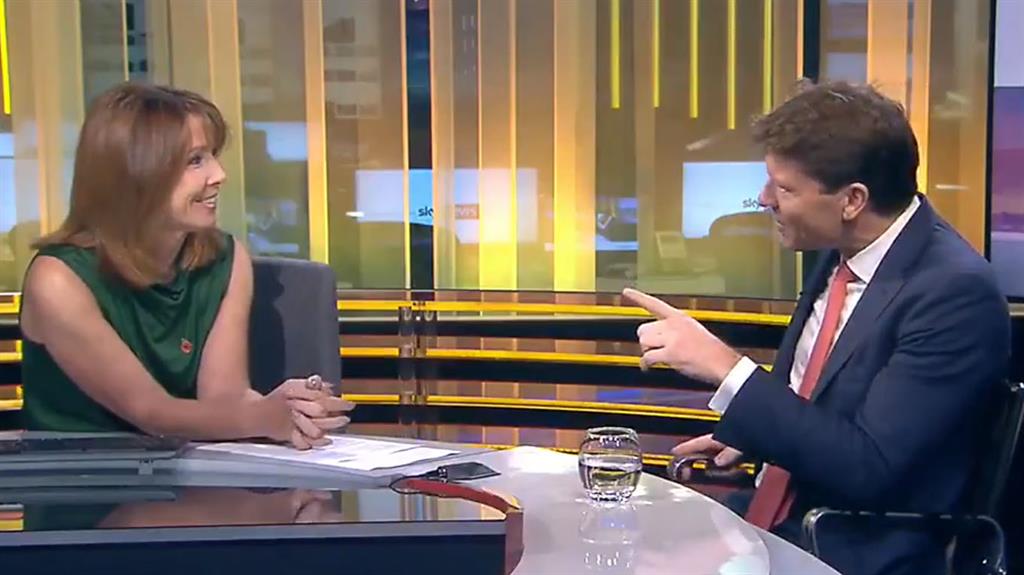 ■ SKY NEWS presenter Kay Burley mocked Nigel Farage as ‘frit’ yesterday during a heated exchange with Brexit Party chairman Richard Tice. It came as the pair (above) discussed Mr Farage’s announcement that he will not stand as an MP in the election. Ms Burley pointed out that Mr Farage had been defeated on seven previous occasions. She said: ‘He’s frit, isn’t he?’ — meaning frightened. Mr Tice replied: ‘Of all the politicians in this country, there is no one braver and more courageous than Nigel. The suggestion that he’s frit is utter nonsense.’