THIS stage version of Baz Luhrmann’s much-loved Aussie film doesn’t feel as unique as it did on screen. Will Young’s decadent compere has a whiff of Cabaret’s Emcee about him. And the moment when our hero, championship ballroom dancer Scott, played by former EastEnder Jonny Labey, discovers his wallflower dance partner Fran (Zizi Strallen) comes from a family of hot-blooded paso doble-dancing immigrants, it’s as if the cast had sashayed into West Side Story.

I’d bet my last sequin that both classics are in director/choreographer Drew McOnie’s list of top five musicals. But it says something about this one that the best bits are where it makes you think of other shows. 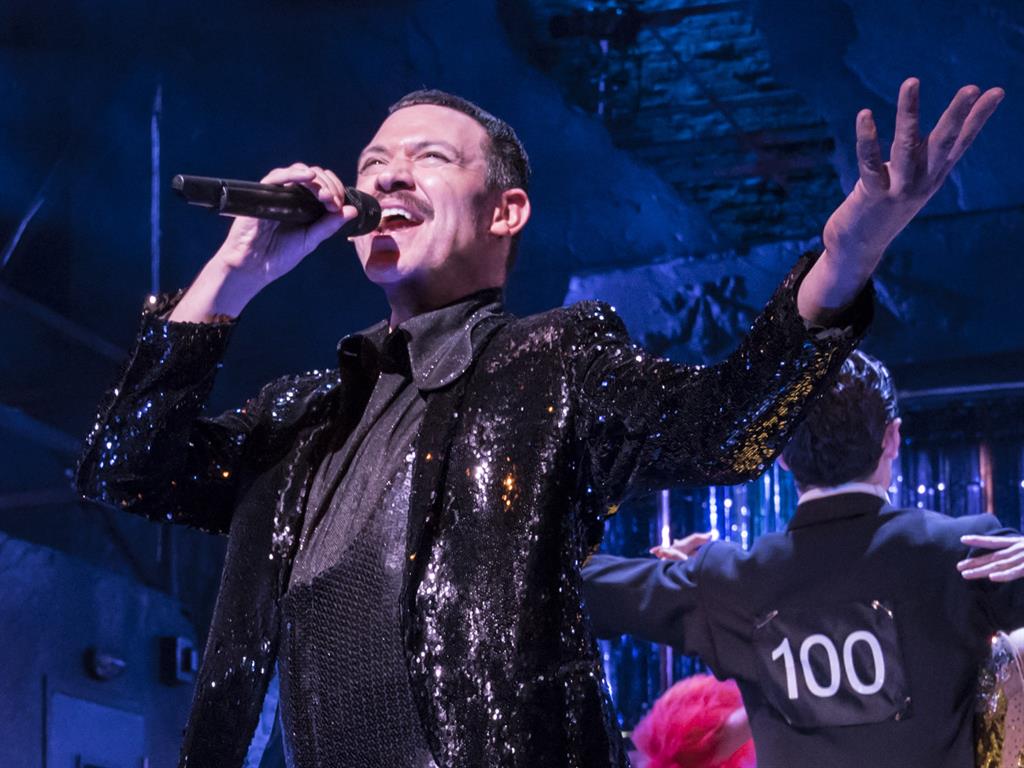 There is, though, much here that fans of Luhrmann’s 1992 movie will enjoy. Not least the way his story both lampoons and loves the kitsch world of ballroom dancing, where dancers grin to the point of gurning.

Despite the small-town setting, it’s a tale of big themes: freedom versus a megalomaniac dictator. Australia’s ballroom dancing establishment — a bloke called Barry with Trump hair and a tyrant’s taste for power — expects Scott to stick to official dance steps. No improvising, and definitely no dancing from the heart the way Scott likes to. It has to be strictly ballroom.

This is a show with a lot of heart. Although arriving from Australia via the West Yorkshire Playhouse, it feels small in the West End.

Young sings beautifully but is underemployed by the 1980s pop-medley score. Strallen is excellent as the blossoming Fran and the lantern-jawed, athletic Labey is also very good, if you enjoy dance as an Olympic sport.

For me, only Fernando Mira as Fran’s paso doble-dancing dad has the moves to justify the price of a ticket. But then I admit I’m probably not ballroom dancing’s greatest fan, strictly speaking.