SNP leader Nicola Sturgeon said she has made it ‘crystal clear’ to Margaret Ferrier she should quit as an MP after breaking coronavirus rules.

The Scottish first minister said she has spoken to the MP, who had the SNP whip withdrawn after it emerged she travelled between Glasgow and Westminster despite having tested positive for Covid-19.

Ms Ferrier was tested for coronavirus on Saturday after developing symptoms but took a train to Parliament on Monday when she should have been self-isolating. 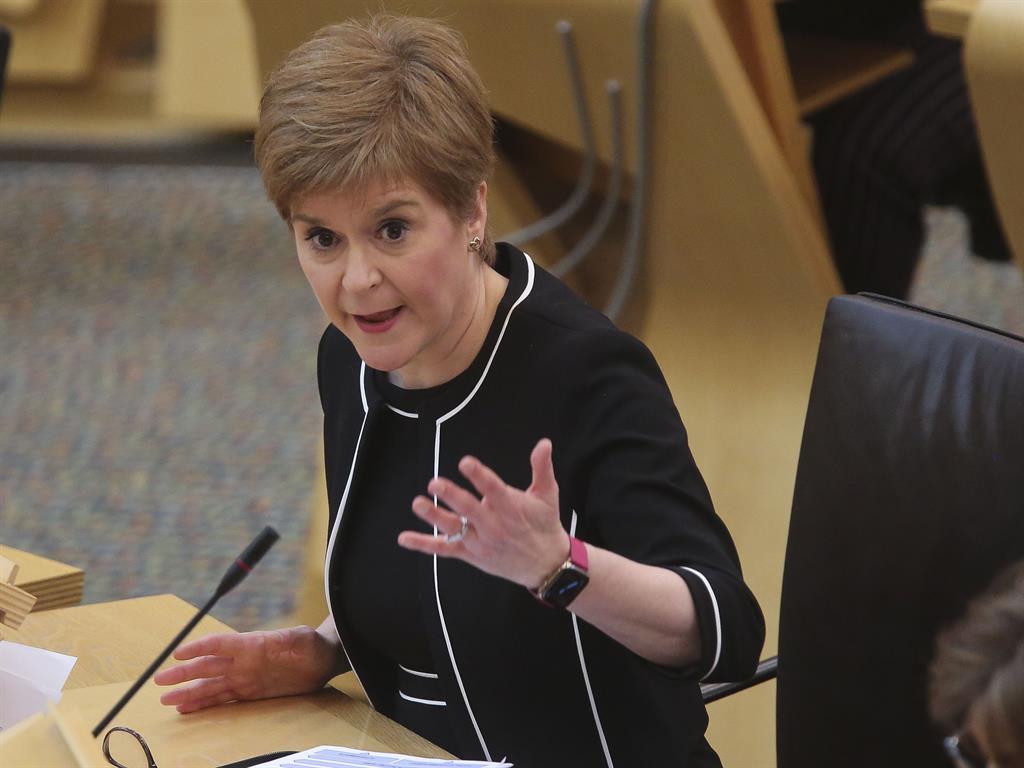 She gave a four-minute speech in the House of Commons at 7.15pm on Monday during a debate on coronavirus.

The same evening, Ms Ferrier said she received her positive test result — although it is not known if this was before or after speaking in Parliament. She then took the train back to Glasgow.

Ms Sturgeon (pictured) has now joined mounting calls for Ms Ferrier to resign as an MP over her ‘reckless, dangerous and completely indefensible’ actions.

She told the Scottish government’s coronavirus briefing today: ‘I don’t have the power to force an MP to sit down, no party leader has that power.

‘But I can make my views known and — difficult though it is — I have done so, and I hope she will come to the right decision in the interest of the overall integrity of the vital public health messages.’

He said Ms Ferrier’s SNP whip was withdrawn on Thursday morning when the party learned of her breaches of coronavirus rules.

He told BBC Radio Scotland’s Good Morning Scotland programme: ‘I’m pretty angry at what has happened, it is not acceptable.

‘It’s important that it is beyond reproach that everybody, absolutely everybody, must obey the rules and we have to think about the signal that gives the public and the sacrifices that people are having to make, and it’s in the light of that that Margaret will have to do the right thing.’

Commons Speaker Sir Lindsay Hoyle described her actions as ‘completely reckless behaviour’, and said he found out while in the Speaker’s Chair at around 4pm on Wednesday.

He told Sky News the reaction was immediate and ‘within 20 minutes we were in full swing on what we needed to do to ensure the safety and security of staff and members’.

A number of other SNP MPs, including David Linden whose Glasgow East constituency neighbours Ms Ferrier’s, have also called for her to quit.

Ms Ferrier, the Rutherglen and Hamilton West MP, has apologised for her actions and said there was ‘no excuse’.

Police Scotland said the MP informed them of her behaviour on Thursday and officers are ‘looking into the circumstances’ along with the Metropolitan Police.

She could face a £4,000 fine for a first-time offence of coming into contact with others when she should have been self-isolating, under a law that came into force on the day of her positive test.

The Labour MP tweeted: ‘SNP in chaos & appear to be covering up serious breach of public health laws.

‘FM & Blackford must hold press conference… to answer questions about what they did & didn’t know.’