NICK KYRGIOS has withdrawn from the US Open over the coronavirus pandemic with another dig at world No.1 Novak Djokovic and other leading players who flouted social distancing rules.

World No.40 Kyrgios has followed fellow Australian Ashleigh Barty, the women’s world No.1, in pulling out of the behind-closed-doors event which begins at Flushing Meadows on August 31.

And 25-year-old Kyrgios’ stance seems to have more to do with Djokovic’s coronavirus-hit Adria Tour and images of Alexander Zverev, who was filmed dancing in a club in Monte Carlo, than any criticism of the United States Tennis Association for staging the event.

‘I’ve got no problem with the USTA putting on the US Open and if players want to go, that’s up to them so long as everyone acts appropriately and acts safely,’ Kyrgios (pictured) said. ‘But tennis players, you have to act in the interests of each other and work together.

‘You can’t be dancing on tables, money-grabbing your way around Europe or trying to make a quick buck hosting the next exhibition. That’s just so selfish.

‘Think of the other people for once. That’s what this virus is about. It doesn’t care about your world ranking or how much money you have. Act responsibly.’

Andy Murray has said he expected more players to pull out and Kyrgios added: ‘It hurts me at my core not to be out there competing at one of the sports’ greatest arenas, Arthur Ashe Stadium. 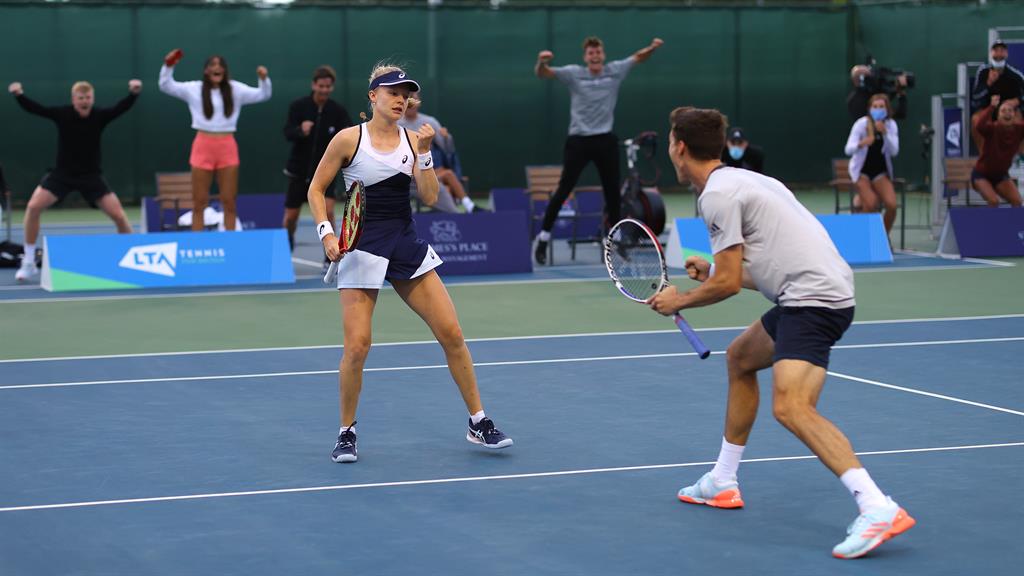 ■ JOE SALISBURY and Harriet Dart overcame Jamie Murray and Heather Watson in the decisive doubles to secure Battle of the Brits victory for their team. The pair, representing the British Bulldogs, eased to a 6-4, 6-2 victory and an overall 63-56 team win. Union Jacks pair Andy Murray and Naomi Broady had won the penultimate match of the week-long tournament to set up the deciding rubber. ‘But I’m sitting out for the people, for my Aussies, for the hundreds and thousands of Americans who have lost their lives. For all of you.’