AN NHS worker was left stunned after he discovered a 670-year-old coin which was made shortly after the Black Death in a farmer’s muddy field.

Amateur metal detectorist David Lowe, 55, stumbled across the ‘weirdly relevant’ find among a pile of rubbish while searching land near Rothbury, Northumberland.

The dad-of-five spent five-and-half hours in the wind and rain before making the amazing discovery during the latest pandemic on his birthday last Saturday.

The NHS nurse said experts have estimated the 14th century half groat was minted in London between 1351 and 1361, during the era of Edward III. 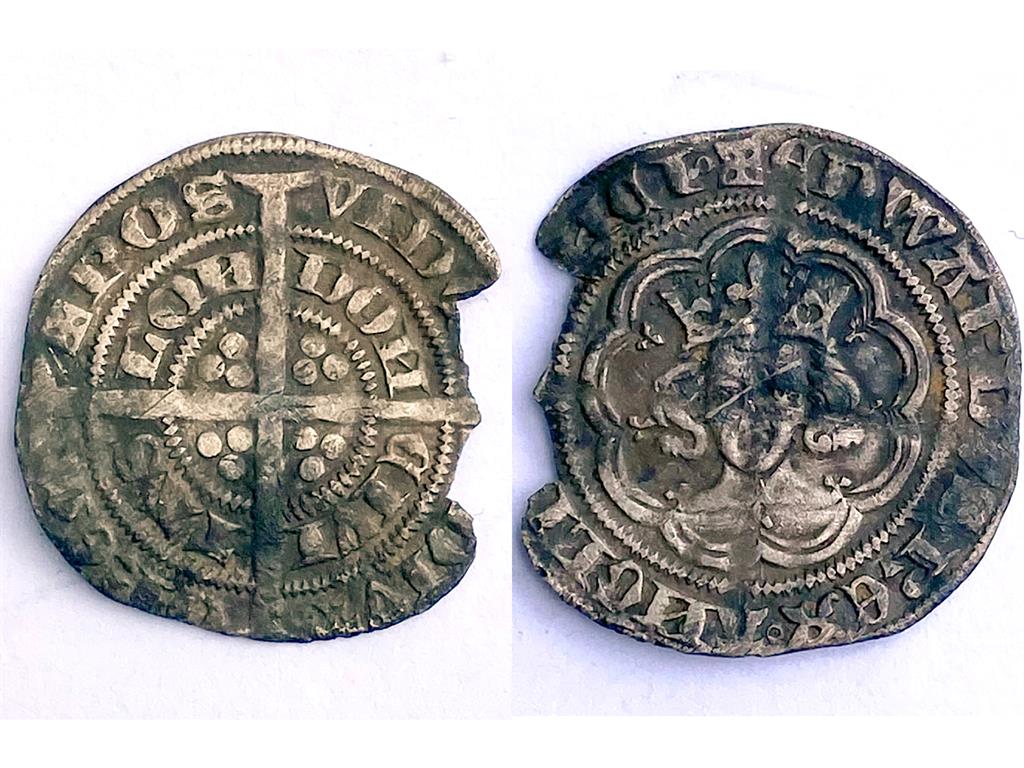 The bubonic plague, which ended in Europe around 1351, killed as many as 200million people.

It remains the deadliest pandemic in human history and David believes it’s fitting he found the historic item in the midst of the Covid-19 lockdown — six centuries later.

David, of Rothbury, said: ‘After we’ve had the ease of lockdown we’re now able to go out metal detecting.

‘I met up with a friend of mine at a farm and went metal detecting in a place that we’ve been several times before.

‘We were there all day and found virtually nothing. After five hours at around 3pm, I got a signal among an area of trash.

‘I thought it was going to be rubbish again but the next minute, this nice little coin popped up. It said Edward III on it.

‘It was great and it is significant that the Black Death was around the time this was lost.

‘To actually find it, 670 years later during another pandemic is quite weirdly relevant, really.

‘What was happening in that era is happening now. Even then, they would have had a bit of uncertainty of what the future holds.

‘It was linking two completely different centuries with similar sorts of things that we’ve got going now.’

David has been able to keep the coin after offering it to the landowner, and because it was only a single find, he says he does not have to declare it as treasure.

He added: ‘I tend to keep any coins when I find them. I show them to the landowner and he has never wanted anything yet.

‘That’s what you should do really. That’s part of metal detecting, that we should do the right thing but some people don’t.

‘I’m not sure what it will be worth. I’m still in contact with the finds liaison officers, but it won’t go to the coroner as treasure as its just a single find and not incredibly unusual.

‘I think it’s the sort of thing that people do find, but the timing is what made is quite apt.’

‘I’m part of a Facebook group, and experts on there can usually narrow down the dates quite well.

‘They can tell what particular mint a coin is and this one was minted in London between 1351 and 1361.

‘It’s just nice to find something relevant and it was quite an unusual find.’