A SUSPECT has been arrested for attempted murder after a woman in her 50s, was found with ‘critical injuries’. The man was held at the scene after police were called to reports that the woman, who was known to him, suffered severe injuries at an address in Edgware, north-west London, on Saturday. She was still fighting for her life yesterday, the Metropolitan Police said. Anyone with information is asked to call police on 101 — reference 5353/mar21 — or Crimestoppers anonymously on 0800 555111.

PILLS that help pensioners maintain muscle mass and keep them mobile for longer could be on the horizon. Mitochondria, which power cells, change for older people in the way they are broken down. This leads to a build-up of damaged or old mitochondria that do not function as well. However, researchers at the University of Birmingham have identified a molecule that helps stimulate its breakdown and removal in cells. Study leader Dr Yu-Chiang Lai hopes it ‘will accelerate targeted drug development’ for this key muscle molecule. 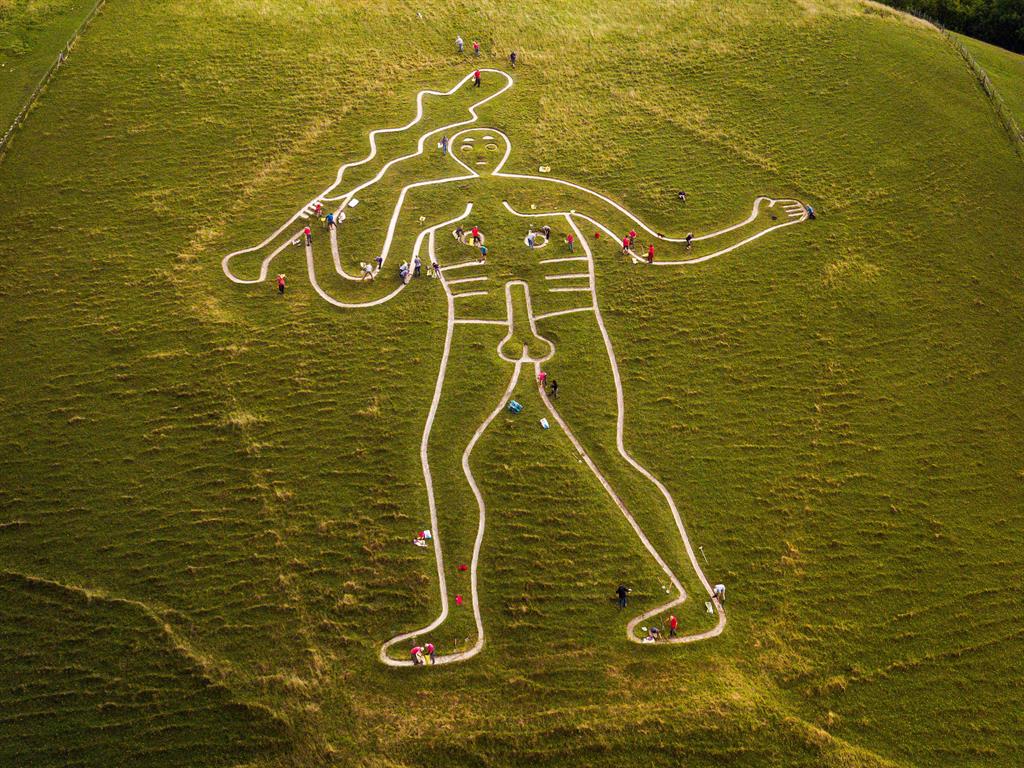 FOR years, experts have debated just exactly what is the point of the Cerne Abbas Giant, a 180ft naked chalk figure swinging a club above the Dorset village of the same name. Theories range from an ancient fertility symbol to a caricature of Oliver Cromwell, with his most prominent part a mockery of the 17th-century military leader-turned-politician’s puritanism. Now a team of archaeologists hope that, by analysing soil samples, they will be able to find out his age.

Police probe after man falls to his death from tree

AN INVESTIGATION has been launched after a man fell to his death from a tree in west London after police were called to a disturbance. When officers arrived at the Lillington Gardens estate in Pimlico, the 46-year-old man climbed the tree before plunging to the pavement. He was pronounced dead at the scene on Friday. The Met has called in the Independent Office of Police Conduct to investigate. The IOPC is appealing for witnesses.

A TOWN that ten years ago had the UK’s highest proportion of empty shops has now been crowned the best place in the country to live. Altrincham in Greater Manchester has rejuvenated itself thanks to the growth of a flourishing indoor market, said judges from The Sunday Times. It came top after 101 criteria including schools, transport and green spaces were taken into account. Regional winners included Victoria Park Village in east London, the Howardian Hills in North Yorkshire and Uppingham in the east Midlands.

■ MORE than 30 precious objects were damaged in graffiti attacks in one year at the British Museum. Much of the graffiti in 2018-19 was caused by pencil and easily removed. One statue lost a finger while another was scratched.

■ WORK has begun on a huge wave energy machine off the island of Orkney, Scotland, this autumn. It is hoped the Blue Star project will start generating power later this year.

■ UP WITH the larks — or is it starlings? A Dutch-German study found starlings’ sleep patterns change with the seasons. They kip for five hours less in the summer but take more midday naps.