SIR Keir Starmer has appointed Lisa Nandy (below) as shadow foreign secretary after his landslide victory in the Labour leadership race. Ms Nandy came third in the contest to replace Jeremy Corbyn but has been given a key shadow cabinet role by Sir Keir. Former treasury minister Anneliese Dodds has been made shadow chancellor and Nick Thomas-Symonds will be shadow home secretary. Rachel Reeves takes the shadow chancellor of the Duchy of Lancaster brief, while Jonathan Ashworth remains shadow health secretary. 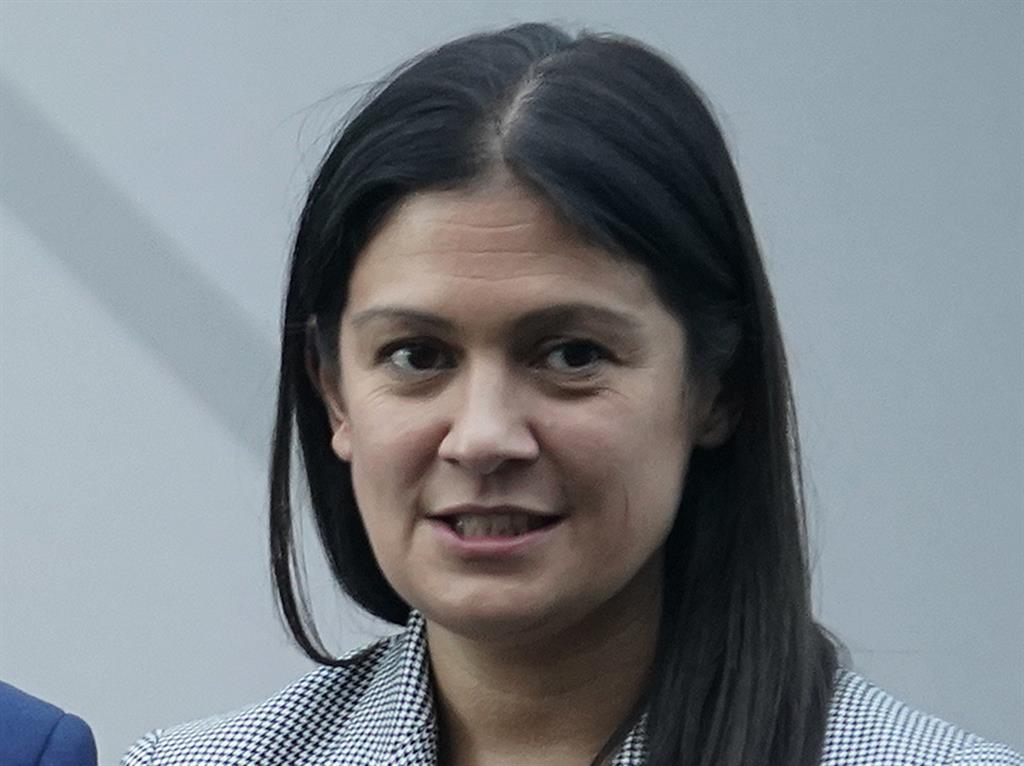 Nick Brown is re-appointed chief whip and Angela Smith remains shadow leader of the Lords. Sir Keir says his priority during the pandemic will be to ‘save lives and protect livelihoods’. He committed to rooting out anti-Semitism within Labour’s ranks, saying he would judge his success by whether Jewish supporters rejoin the party.

TWO members of America’s Kennedy dynasty are feared dead after failing to return from a canoe trip. Maeve Kennedy Townsend McKean, 40, and eight-year-old son Gideon went missing on Thursday at Chesapeake Bay, Maryland, in the US. Mrs McKean’s mother Kathleen Kennedy Townsend said: ‘With profound sadness, I share the news that the search for my beloved daughter Maeve and grandson Gideon has turned from rescue to recovery.’ Mum-of-three Maeve, married to David McKean, is the granddaughter of senator Bobby Kennedy, who was shot dead in June 1968 as he left the ballroom of The Ambassador Hotel, Los Angeles, after giving a speech.

AN EXECUTIVE branded ‘camp’ and who suffered gay taunts from colleagues has been awarded £174,000 after winning a claim for constructive unfair dismissal. Peter Allen was also subjected to ‘limp-wristed hand gestures’ while the £74,000-a-year quality director for Paradigm Precision in Burnley, which makes jet engine parts. He was also passed over for promotion because the company thought he was ‘was likely to take additional adoption leave’, Judge Mark Leach told an employment tribunal in Manchester. Mr Allen was ‘isolated’ while his claims were investigated and left the firm in November 2018.

A GALLANTRY medal awarded to a homing pigeon that brought the first news of the D-Day landings to Britain is tipped to sell for £8,000. The bird, called Duke of Normandy, travelled with a paratrooper dropped behind enemy lines during the invasion on June 6, 1944. As radio silence was crucial, the bird flew back to London carrying a message saying Merville Battery on Normandy’s Sword Beach had been taken. The Duke was awarded the Dickin Medal, ‘the animal equivalent of the Victoria Cross’, said Oliver Pepys, of valuer Dix Noonan Webb. He said its scarcity has ‘generated a lot of interest’ in the April 22 auction.

THOUSANDS of apps have hidden codes that could allow hackers access to users’ security details, says a study. US researchers found 12,706 of 150,000 apps had code that accept certain types of content to trigger actions unknown to regular users. In some cases, this can unlock private data. ‘Users are at risk if a bad guy obtains these backdoor secrets,’ said study co-author Prof Zhiqiang Lin.

POLICE have arrested three people after two stabbings and a shooting in 20 minutes in Liverpool’s Toxteth area. An 18-year-old man was knifed in the head and chest on Saturday. He is in a critical condition and two men, aged 17 and 20, have been arrested. A 20-year-old man was shot nearby, treated and discharged, while a 29-year-old woman was arrested after a man was stabbed in the buttocks.

SOCIAL media companies will be told to be more aggressive in their response to conspiracy theories linking 5G networks to the coronavirus pandemic. Culture secretary Oliver Dowden plans to hold virtual meetings with several tech firms next week after a number of masts were set on fire in Birmingham, Liverpool and elsewhere. Scientists have said the idea of a connection between Covid-19 and 5G is ‘complete rubbish’.