THE partner of a sepsis victim who was neglected by medics is suing the NHS trust that treated him for £200,000. Paul Wilkinson (pictured), 45, died from multiple organ failure in 2017. Former partner Louise Jane Johnson, accusing Blackpool’s Teaching Hospitals trust of negligence, said Mr Wilkinson could have lived if his sepsis symptoms were not ignored. A previous inquest had heard antibiotics may have saved his life, but he only got them three days after arriving at Blackpool Victoria Hospital. He died of natural causes, contributed to by neglect, the coroner ruled.

IVF clinics should avoid freezing all embryos as fresh ones should be the ‘gold standard’ and offer a similar chance of pregnancy, a study shows. Danish research into 460 women aged 18-39 undergoing assisted conception found 27.8 per cent fell pregnant using frozen embryos, versus 29.6 per cent with fresh. The conclusion — published in the BMJ — was fresh embryos should be used except for where women are at risk of ovarian hyperstimulation.

A UNION’S legal challenge against a decision to extend London’s £15-a-day congestion charge to minicab drivers has been rejected. The Independent Workers’ Union of Great Britain said the move by Sadiq Khan unlawfully discriminated against black and ethnic minority drivers, who make up the vast majority of drivers, and women. But the Court of Appeal has backed a High Court ruling that said it was ‘a proportionate means’ of reducing traffic and congestion.

A QUARTER of parents do not feel able to have their first conversation about money with their children — because they lack confidence in their own finances or find it hard to explain the subject in a way kids will understand. Psychologist Emma Kenny said a study of 2,000 adults for M&S Bank found five was the average age the topic was brought up. She said: ‘Early conversations can really help your children to set a positive and confident financial foundation.’

Hungry dolphin is spotted splashing out for its dinner 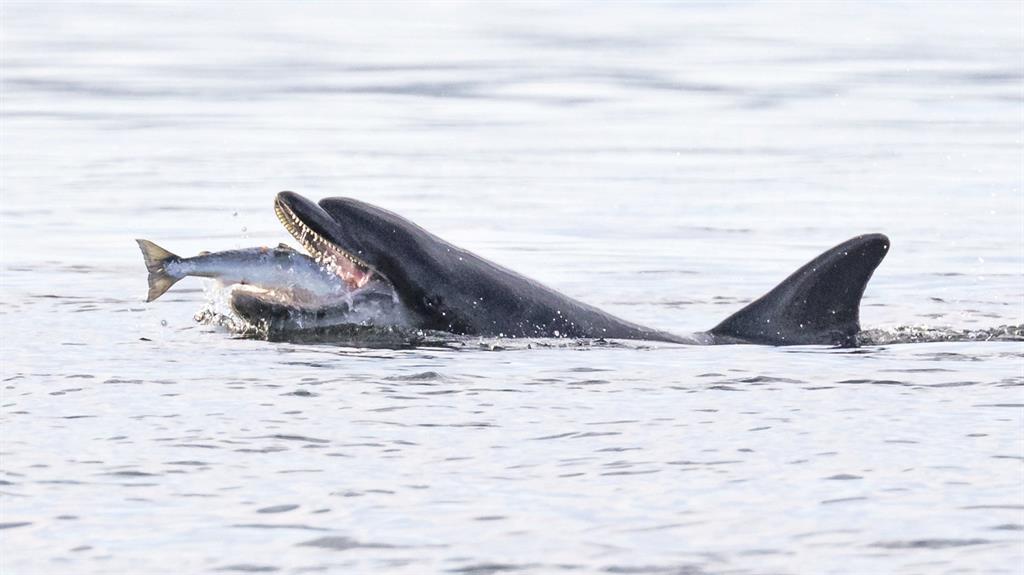 A DOLPHIN catches a salmon in its mouth in this jaw-dropping picture. The mammal was pictured enjoying a quick bite by wildlife enthusiast Beverley Thain at Chanonry Point in the Highlands. Ms Thain, 62, had unsuccessfully tried to spot the dolphins in the Moray Firth on three previous occasions. ‘It was fantastic to watch them,’ she said. PICTURE: SWNS

KILLING EVE and Normal People were our favourite BBC hits over lockdown, when forced time indoors gave iPlayer its best ever quarter. The 1.6billion requests for the streaming service from April to June were 59 per cent up on the same quarter last year, the BBC said. The series premiere of Killing Eve had top billing, with 7million streams. The first episode of Normal People had 5.5million requests, with 54.8million requests over the whole series.

BREAKFAST diners scrambled to safety as a woman ploughed her £60,000 Jaguar — number plate 2FAST4U — into a cafe in Cape Town, South Africa. Witness Katie Dijzel said: ‘It brings a whole new meaning to a drive-thru breakfast.’ No one was hurt.

■ DAME Shirley Bassey is to release her first album in five years to celebrate her 70-year career. The Goldfinger singer, 83, said the ‘grand finale’ will include new tunes and tracks ‘connected to my life’.

■ SIR Bob Geldof wants to promote wildlife with a pond inspired by Monet’s water-lily paintings at his historic Kent home. The Boomtown Rats star, 68, has submitted plans for a 131ft pool at Davington Priory.

■ THE first wild-breeding beaver colony in England for 400 years has been given the right to stay on the River Otter in Devon. The native mammals — now with 15 families — can cause problems for farmers but have won protection.

■ OFFICES of Al Jazeera have been raided in Kuala Lumpur, Malaysia. Computers were seized by police over a documentary about migrants. The Qatari broadcaster condemned the ‘crackdown on media freedom’.

■ FIRES in the Marseille region of France have injured at least 22 people and forced 2,700 from their homes. Some 1,800 firefighters battled the worst blaze through the night around the town of Martigues after it broke out on Tuesday.