A MAN who held up trains for four hours and cost Network Rail £22,000 has been jailed for a year. Michael Foy (pictured) threatened to jump from a railway bridge near Rugby station on May 5 and ‘made jokes’ about the havoc he caused, Warwick crown court heard. Judge Peter Cooke said the 31-year-old, who pleaded guilty to obstructing an engine, wanted everyone to ‘dance to his tune’. He said: ‘I do not doubt for a minute that this was done by you at a time of high personal crisis, but it was also a grossly selfish act — an act which was, to its core, self-indulgent.’

All eyes and ears needed in the search for last bat

THE home of a greater mouse-eared bat, thought to be the last one in Britain, was empty when researchers called by last week. The male bat had been living in a Sussex railway tunnel for about ten years and it is feared he may have died, prompting the Mammal Society to list his species as ‘critically endangered’ in Britain. The group wants people in the Sussex area to look out for him or any other greater mouse-eared bats that may have survived unnoticed in barns or churches. ‘They’re pretty distinctive because they’re quite big, their body is the size of a fist,’ said chairwoman Prof Fiona Mathews.

Roman amphitheatre to be built on ancient site

A ROMAN-STYLE amphitheatre is to be built on the Oxfordshire site of two settlements dating back up to 2,500 years. Archaeologists have unearthed the remains of a Roman villa as well as an older Iron Age village in Little Wittenham. Now the Earth Trust — a charity that champions access to green spaces — has been granted planning permission to build the amphitheatre, aided by a £1.49million government grant. Earth Trust manager Abi Morris said the planned construction would help to ‘tell the story of our site’s Roman heritage’. 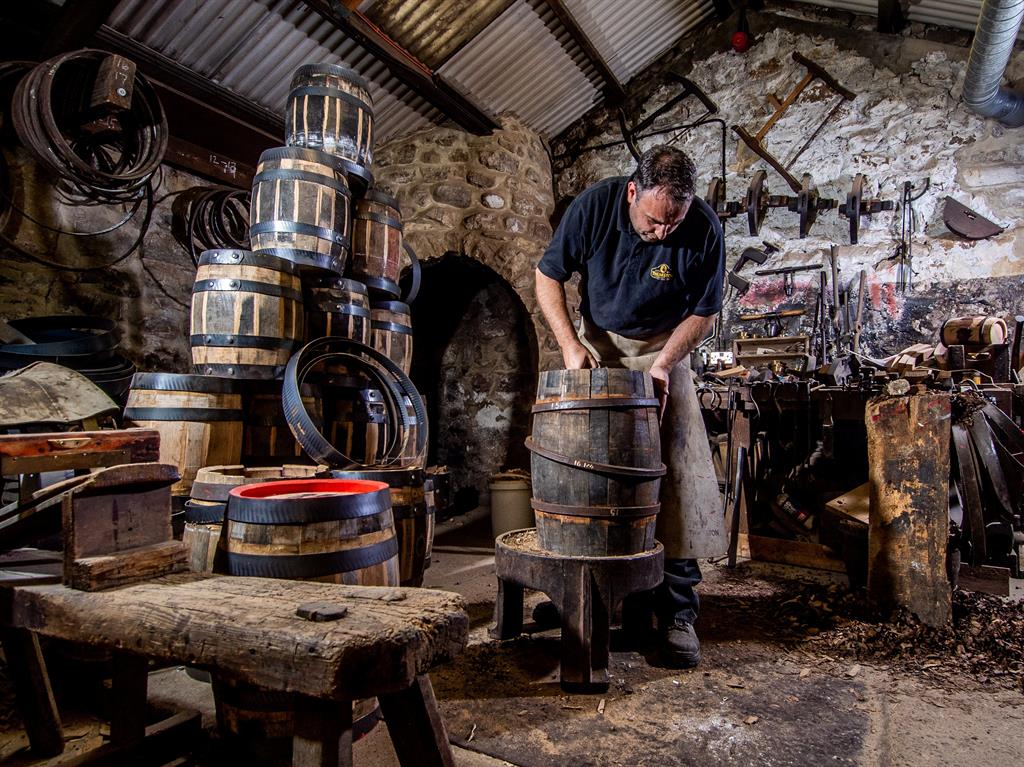 A CRAFT soaked in history is being kept alive by one of Britain’s last master brewery coopers. Jonathan Manby joined Theakston in Masham, North Yorkshire, as an apprentice — and 25 years on is still making oak casks for its ales as the family firm has done since 1827.

‘Every piece of timber is unique so you’re constantly learning,’ he said. ‘It’s a part of our heritage.’

The secret to building trust? Keeping a secret

BEING tight-lipped with secrets and self-aware are two of the main signs of a trustworthy character, a poll finds. Never being late or cancelling plans at the last minute, and listening without judging others, are also regarded as traits that show people can be relied on. The study found 85 per cent of adults consider themselves to be trustworthy but, on average, people feel their own trust has been broken 14 times. Trustworthiness is ‘arguably the foundation of all relationships’, said outdoor brand Helly Hansen, which polled 2,000 adults.

A NOTORIOUS drug lord blamed for fuelling violence in Mexico has been captured by the army. Jose Antonio Yepez Ortiz, known as ‘El Marro’ (The Mallet), was detained when forces rescued a kidnapped businesswoman in Guanajuato state yesterday. Troops also seized an ‘arsenal’ of weapons, said state lawyers. Oritz heads the Santa Rosa de Lima cartel, which has been engaged in a long-running, bloody struggle with the Jalisco cartel. He is being held at the Altiplano prison, where drug lord Joaquin ‘El Chapo’ Guzman was housed before his 2015 escape.

AT LEAST 86 people have died after drinking illegally produced ‘moonshine’ alcohol in India. Police have arrested 25 suspect bootleggers, raided more than 100 sites and seized hundreds of litres of liquor since the first death was reported on Wednesday. Six people were arrested when officers raided 30 illegal distilleries in Punjab’s Tarn Taran district at the weekend. The liquor — known as hooch — contains a denatured spirit typically used in paint, said a government official. Deaths from counterfeit alcohol occur regularly in India, as many cannot afford branded spirits.

AN ANCIENT ship dubbed ‘the Acropolis of wrecks’ opens to divers from today. Access to the Peristera wreck — 92ft down near the Aegean island of Alonnisos — is only allowed due to new computer monitoring. Image recognition software will alert administrators instantly if it is in danger of being disturbed. The wooden ship, which sank around 400BC, was said to be holding 3,500 amphorae of wine. Dimitris Kourkoumelis, of Greece’s Ephorate of Underwater Antiquities, said: ‘It’s difficult to explain. It is really impressive.’