A MAN is feared to have been swept to sea on Blackpool’s seafront — as the UK braces for gale-force winds. He was spotted by a passer-by on the beach between the Central and South piers on Saturday night. The Coastguard was alerted when he disappeared from view. A search involving the Lytham RNLI lifeboat, police, two Coastguard rescue teams and a helicopter was launched in ‘very rough’ conditions at first light yesterday. The Coastguard said: ‘With parts of the UK set to be battered by winds up to gale-force strength this week, please keep well clear of the waves and don’t risk your life — keep a respectful distance.’

Women still losing out to men on the top jobs

WOMEN are under-represented in top jobs in politics, law, the civil service, media and professional and sport bodies, a study shows. Just five per cent of FTSE-100 chief executives and 34 per cent of MPs are female. Sam Smethers, chief executive of the Fawcett Society, which carried out the study, said: ‘Despite much lip service about the importance of having women in top jobs, today’s data shows we are still generations away from achieving anything close to equality. We are wasting women’s talent and skills.’

THE number of pupils kicked out of school in the UK rose by nearly 30,000 in a year, government figures reveal. There were 410,753 exclusions in 2017/18, either temporary or permanent, up from 381,865 in 2016/17. Chris Keates, general secretary of the Naswut teaching union, blamed cuts to specialist help for challenging children. ‘Pupil indiscipline is now one of the main reasons given by teachers for considering leaving the profession, making it a key contributory factor to the crisis in teacher supply,’ she added.

A HELPLINE for people with money worries is expected to receive one call every four minutes this month as we face up to our Christmas debts. Last year, nearly 3,500 debt calls were made to the free Money Advice Service helpline (0800 138 7777) in January. The government-funded Money and Pensions Service offers advice from the Money Advice Service, the Pensions Advisory Service and Pension Wise. The busiest day is set to be January 20 as credit card bills arrive before the year’s first pay cheque. 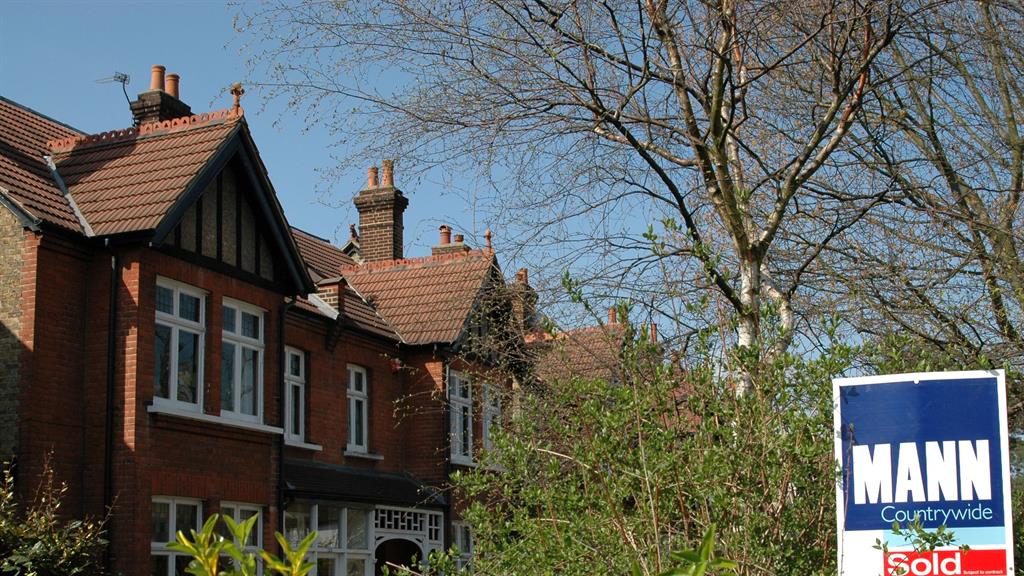 ■ A GROWING proportion of Londoners leaving the capital to buy a property are heading north. Last year 13 per cent bought homes in the north of England, up from eight per cent in 2016 and just one per cent in 2009. London movers who settle in the south fell eight per cent, to 69 per cent in three years. For some, leaving London is the ‘only way to get onto the housing ladder’, said Hamptons International, who conducted the study.

A DISABLED actress who starred in Cold Feet was outraged to find no wheelchair seating area in first class on a rail service. Frustrated Ruth Madeley, 32, wrote: ‘This is a new train…’ as she shared a tweet she received in reply when she complained. Operator Greater Anglia had said the wheelchair area was in standard class and the ‘main advantage’ of first class was ‘larger seats and more space’. Twitter users backed Ms Madeley, with Catherine Manning telling the rail firm: ‘You’ve basically said we’re second class citizens.’

A ‘SLUM’ landlord was fined £1,500 for illegally cramming 30 tenants into a disused care home with blocked drains, dangerous stairs and exposed wiring. Camelot Guardian Management Company lacked a licence for its use of the Old Rectory in Colchester, Essex. The firm offered reduced rents as part of a guardianship scheme. Fined at Chelmsford magistrates’ court, it has gone into administration and now trades as Watchtower Security Solutions. 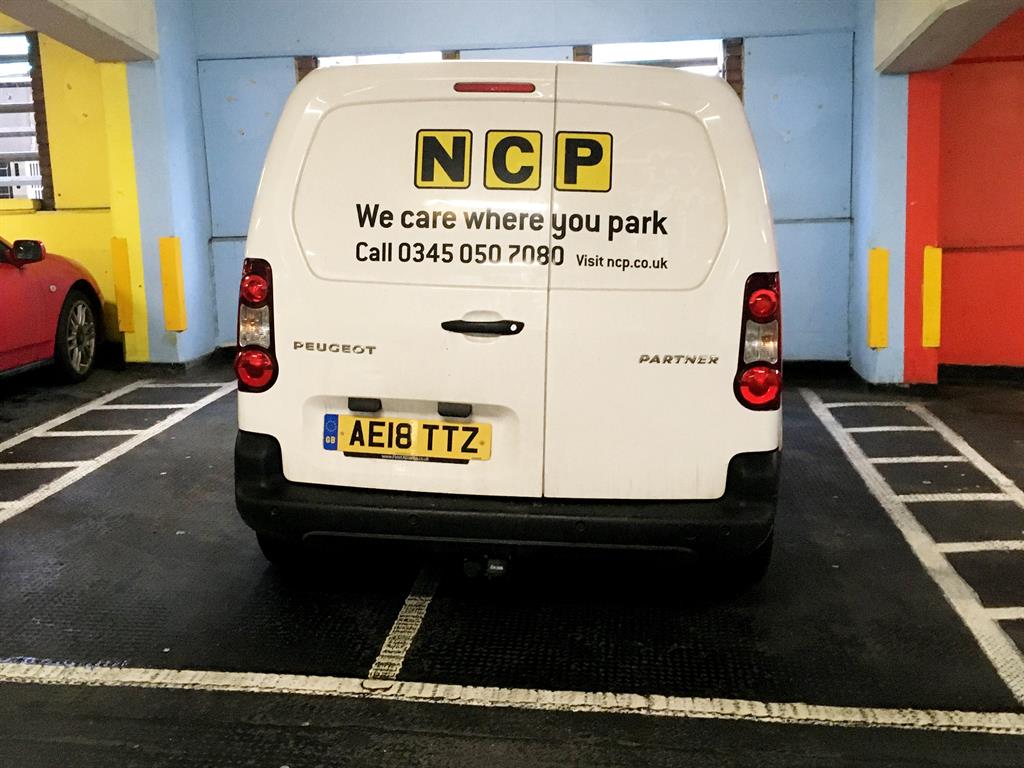 A VAN belonging to car park operator NCP — emblazoned with the phrase ‘we care where you park’ — was pictured straddling two bays in one of its own lots. Father-of-two Paul Harry, 40, from Mumbles, and his family spotted the van while hunting for a space in a multi-storey car park on a trip to the cinema in Swansea on Saturday. His daughter Robyn, ten, said: ‘That’s a bit selfish of someone to park like that.’ Mr Harry said NCP were ‘taking liberties’ and ‘should’ve got a ticket.’

■ VEHICLES have been going at a snail’s pace on a busy road after slugs set up home in a control board and put traffic lights on the blink. Repairs at the pedestrian crossing in Wrexham, north Wales, will be completed soon.

■ A HORSE-RACING fan has had a flutter at every course in the UK, travelling thousands of miles over 19 years for the challenge. Richard Lakes, 73, from Driffield, east Yorkshire, said: ‘I won some and I lost some but it didn’t bankrupt me.’

■ SLIME dating back 100million years to the dinosaurs has been discovered preserved in amber. The oldest-ever fossilised spores were embedded with a lizard in Myanmar. It is one of only three such fossils ever to have been unearthed.

■ A DOG-obsessed couple sold their bungalow for a larger three-bed home to house their 14 pets. Mandy Whitnall, 37, and husband Alec, 45, live with 13 Dachshunds and a Jack Russell in Wisbech, Cambridgeshire. Mrs Whitnall said: ‘The dogs are our babies.’

■ LEAVING chores and homework behind help to make holidays a key family bonding time, two in five parents think. But an average family doesn’t start reconnecting until two days into their break, the survey for Solmar Villas found. 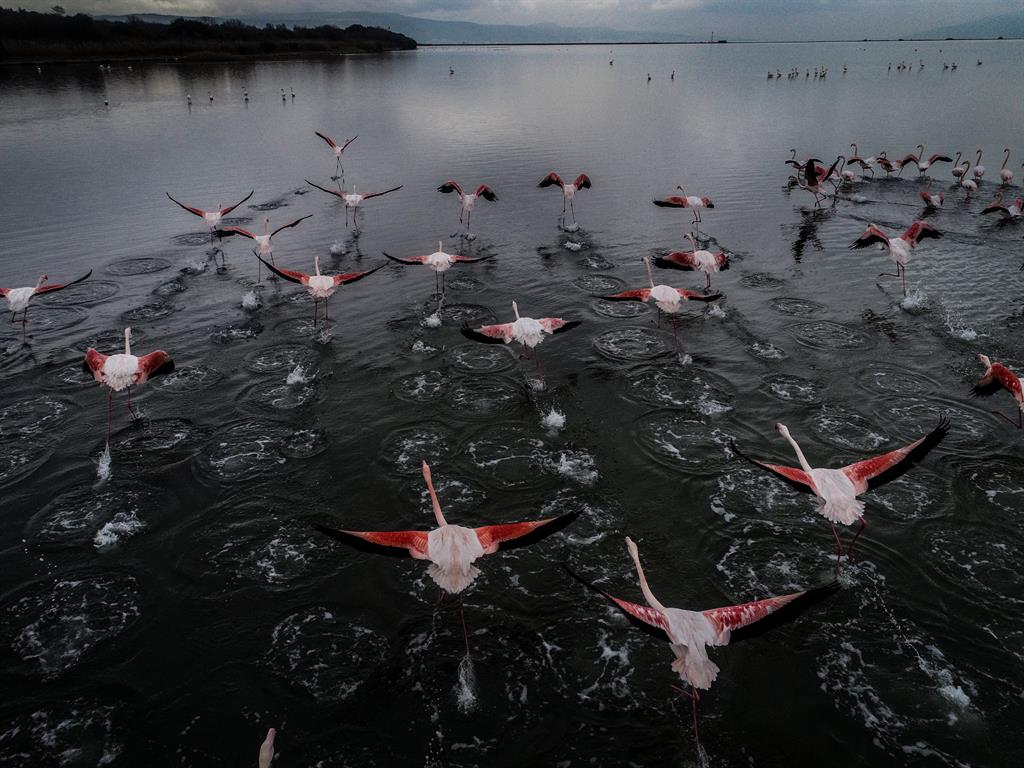 FLAMINGOS stretch their legs and show off their pink feathers as they take to the air at Hersek Lagoon, dubbed Turkey’s ‘bird hotel’. Although most often seen wading, flamingos are also powerful fliers. The 350-acre lagoon, in Yalova province, is known for the large swathes of birds that migrate there during the autumn and winter months. This year it is hosting a colony of 1,500 flamingos.

SPANISH prime minister Pedro Sanchez will put economic growth at the top of his priority list for his left-wing coalition government. But he also wants improved relations between regions — a reference to Catalan separatism which has caused Spain’s worst political crisis in decades. Mr Sanchez’s cabinet will have an equal split of men and women, with gender equality another one of his government’s missions. The other main priorities are social justice, adapting to an ageing population, the environment and managing the digital revolution.

Nissan boss ‘quizzed for hours without a lawyer’

FORMER Nissan boss Carlos Ghosn was quizzed in Japan without legal representation for an average of seven hours a day, his lawyer has claimed. The questioning continued throughout weekends and public holidays such as Christmas, Takashi Takano said in a blog post. Mr Takano said he told Mr Ghosn he could not expect a fair trial on charges of financial misconduct, which he denies. Mr Ghosn left house arrest in Tokyo and fled to Lebanon, his childhood home, earlier this month after being detained for 130 days.

■ AROUND 14,000 people had to leave an area of Dortmund, in Germany, yesterday after up to four unexploded World War II bombs were found. Hospitals were closed and trains rerouted as the 75-year-old weapons were being defused.

■ TWO luxury apartment blocks have been razed to the ground for breaking environmental rules. The buildings at Kochi, in Kerala, India, had violated laws prohibiting construction within a certain distance from a lake or river.

■ A POLITICIAN, whose father was Malta’s president from 2009 until 2014, was yesterday chosen to be the country’s prime minister. Robert Abela, 42, replaces Joseph Muscat, who is resigning amid demands for accountability for the 2017 murder of journalist Daphne Caruana Galizia.

■ DISGRACED cardinal George Pell, 78, has been transferred from a prison in Melbourne, Australia, after a drone flew overhead to film him watering plants. The former finance minister to Pope Francis is serving six years for child sex abuse.

■ THOUSANDS of protesters took part in a park run against Thailand’s military-backed government yesterday. About 10,000 people registered for the run in Bangkok over attempts to ban a progressive political party.