A MAN accused of stabbing three friends to death while allegedly shouting ‘Allahu Akbar’ in a terror attack has faced court. Khairi Saadallah, 25, is charged with murdering James Furlong, 36, David Wails, 49, and Joseph Ritchie-Bennett, 39, with a large kitchen knife at Reading’s Forbury Gardens. He is also charged with the attempted murder of three other men during the June 20 attack. Westminster magistrates heard Saadallah, who came to the UK from Libya as a refugee in 2012, allegedly bought the knife a day earlier from a store. He gave no plea in his video-link appearance. He will appear before a court at the Old Bailey tomorrow.

A pint a day ‘can help keep dementia at bay’

A GLASS of wine or pint of beer a day can help stave off dementia, according to research. Drinking in moderation boosts brain power and slows down mental decline, say scientists. Their findings were based on a decade-long study of almost 20,000 people in the US. Those who enjoyed up to two drinks a day were a third less likely to have poor cognitive function compared with teetotallers. On average, they did 36 per cent better in memory tests. Study author Dr Changwei Lei, of Georgia university, said: ‘Low to moderate drinking was associated with consistently high cognitive function.’ However, too much alcohol had the reverse effect.

A MINICAB driver is facing jail after he admitted killing a bus driver and seriously injuring seven other people in a Halloween crash. Dorjan Cera, 20, had no licence or insurance when his Škoda collided with two single-decker buses in Orpington, south-east London, on October 31 last year. The impact killed Kenneth Matcham, 60, of Gravesend, Kent, and hurled one of the injured victims through a bus window. Cera, of Hillingdon, west London, pleaded guilty to causing death by dangerous driving and a string of other driving offences. He also admitted possessing false Lithuanian identity documents. Sentencing at the Old Bailey was adjourned until August 6.

■ DINOSAURS were wiped out by a giant asteroid and not volcanoes, say scientists. UK experts have concluded the constant winter caused by the asteroid that struck off Mexico 66million years ago is ‘the only plausible explanation’.

■ A YOB who knifed a pet cockatiel has been banned from keeping animals for 15 years. Aaron Ray, 18, of Sunderland, also received a 12-week suspended jail term after admitting animal cruelty before South Tyneside magistrates.

■ JULIAN ASSANGE has been told to appear at his next court date if he does not provide medical evidence to say he can’t. The jailed Wikileaks founder, 48, was said to be too ill to face Westminster magistrates as he fights extradition to the US. 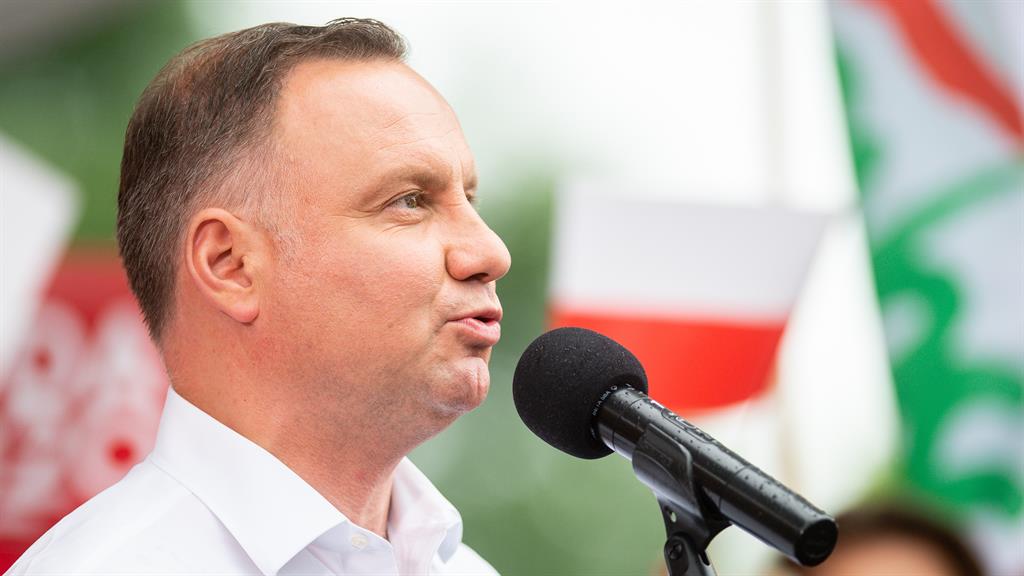 POLISH president Anrdzej Duda (pictured) is facing a head-to-head battle for power after failing to gain election victory outright. The 48-year-old conservative topped the weekend’s poll with 44 per cent of the vote, while his more liberal rival, Warsaw mayor Rafal Trzaskowski, claimed just over 30 per cent. Mr Duda faces a run-off with Mr Trzaskowski on July 12, with both back on the campaign trail yesterday. It is a slightly better result for Mr Duda than was predicted, and reflects his popularity among conservative and rural Poles for his mix of social conservatism and generous welfare spending.

CHINA is forcing Uighurs and other minority women to use birth control or have abortions to curb the Muslim population, an investigation has found. The campaign over the past four years in Xinjiang has been labelled ‘demographic genocide’, and is more widespread than previously thought, according to a report by the AP news agency. The state forces intrauterine devices, sterilisation and abortion on hundreds of thousands of minority women, said AP. The parents of three or more children are separated from their families and sent to detention centres unless they pay fines, it revealed.

A PASSENGER ferry has capsized after being hit by a larger vessel on a river in Bangladesh, killing at least 28 people. About 100 people were on board but it was not clear how many were able to swim to safety or were still missing, officials said, as rescuers continued to search the river. The bodies of the victims — including three children — were recovered yesterday afternoon. The Morning Bird ferry was travelling on the Buriganga river to the capital, Dhaka, when it was hit by the larger ferry near Shyambazar. The second ferry left the scene after the collision.

THOUSANDS of people have fled conflict-hit western Myanmar after Rakhine state officials issued an evacuation order. More than 40 villages have been abandoned amid clashes between soldiers and ethnic rebels. Although the order was revoked on Friday, the exodus has continued, according to reports. ‘More than 10,000 people from the [military] clearance area have fled,’ a Rathedaung township MP said. One evacuee accused troops of ‘shooting into the village [and] arresting people to use as human shields’. The state government has previously detained dozens of suspected Rakhine militants.