A CONVICTED rapist kidnapped a pregnant teenager and held her prisoner after his early release from jail, a court heard. Luke Lewis (pictured) is accused of dragging the ‘scared and vulnerable’ young woman into his home from the street. He was touching her leg when police hammered on his door after neighbours called 999, Merthyr Tydfil crown court heard. The 33-year-old, from Cwmbran, south Wales, was jailed for ten years in 2014 for raping a woman. He was released four months before the alleged attack last August. Lewis, who denies kidnap, sexual assault and false imprisonment, claims he was being a ‘Good Samaritan’ by helping the 19-year-old, who was crying in the street after a family fall-out. But neighbours say she said ‘get off me’ as he hauled her inside. The trial continues.

BROADBAND breakdowns cost the UK economy £1.5billion over the past year as 5million people faced cuts lasting more than three hours, a study finds. Comparison site Uswitch.com said the average home was cut off for 29 hours and failures during office hours cost the nation 5million working days. Calling on broadband firms to communicate better with customers, Uswitch.com’s Nick Baker said: ‘With so many of us still working from home, your broadband going down for even a few hours can be a major disruption with significant consequences.’ 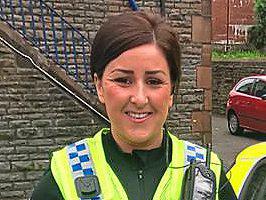 A POLICE constable and her sergeant lover were guilty of gross misconduct after having sex at their station while on duty, a disciplinary hearing has ruled. PC Jemma Dicks (pictured), 28, and Adam Reed, 40, were said to have brought the reputation of South Wales Police into disrepute at Cardiff Central station. PC Dicks will find out her fate today, while Reed, who has left the force, will discover if he is to be on the police barred list.

POLICE will now be able to stop, search and detain individuals at UK ports to determine whether they are involved in hostile state activity. From today, the new measures will allow specially trained officers to take action in relation to spying and foreign interference. The ‘schedule 3’ powers were created as part of the UK’s response to the Russian nerve agent poisonings in Salisbury in 2018. Home secretary Priti Patel said they indicated the government’s ‘zero tolerance’ for those acting against UK interests.

Dad and daughter dice with death on tracks… for a photo

A DAD who took photos of his young daughter posing on tracks at a level crossing has been condemned by rail chiefs. CCTV also showed a cyclist wedge his bike on tracks as he stopped for a group snap. The incidents at Harpham, east Yorkshire, where trains travel at up to 70mph, ‘could have ended in fatal or life-changing consequences’, said Network Rail. Last year, 316 near-misses were reported at level crossings — a five per cent year-on-year rise.

Ooh! Ah! Your host for final could be Cantona 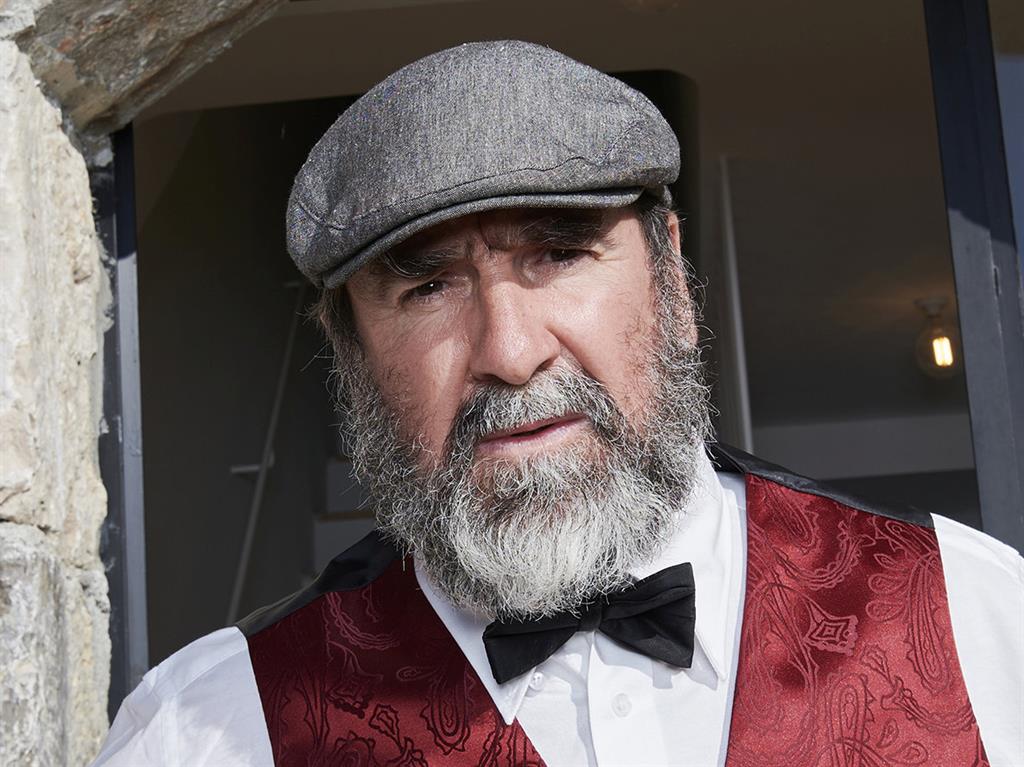 ERIC CANTONA will play host to two football fans for a two-night stay at a French holiday home to watch the Uefa Champions League Final 2020. The retired sports star and actor (above), dubbed King Eric by Manchester United fans, will be on hand to discuss football or poetry as the Lisbon stadium is off-limits. For a chance to win, follow Hotels.com on Instagram or Twitter and share why you are the world’s biggest football fan.

A DOG was saved by jet-skiers when it ran into the sea to chase a group of seals. Five-year-old Labrador Douglas swam at least 500m from the beach after spotting the marine mammals at Winterton-on-Sea, Norfolk. Owner Simon Nicholls said: ‘He just kept going. We thought we’d lost him.’ A passing jet-skier jumped into the water and, with his partner, helped Douglas swim back safely. Mr Nicholls, from Norwich, said: ‘They were brilliant.’

CHILDREN aged under 16 accounted for just one per cent of England’s coronavirus cases in the first peak of Covid-19. Authors of a study led by Public Health England said it provides further evidence of the ‘limited role of children in the pandemic’. Cases among children began to rise in the second week of March and peaked on April 11 before gradually declining. Overall 35,200 tests were performed on under-16s. Four per cent of all children tested had a positive result, compared with 19.1 per cent to 34.9 per cent positive among adults. Considered in light of infections among all age groups, children accounted for 1.1 per cent of all cases.

FEARS that taking ibuprofen makes you more likely to die from Covid-19 are unfounded, according to a new study. Regular use of the painkiller has no impact on survival chances, say scientists who analysed information on 1,200 patients treated at eight UK hospitals at the height of the crisis. The same applies to other anti-inflammatory drugs including naproxen, they report in the Journal of Clinical Medicine. Separate research to determine if ibuprofen may prevent severe breathing difficulties linked to the virus is ongoing. Early on in the pandemic, French health minister Olivier Veran said the drug could make virus symptoms ‘worse’.

A big Fleabag of cash for struggling actors

AMAZON Prime Video has pledged £500,000 to Phoebe Waller-Bridge and Olivia Colman’s fund for actors and other theatre professionals facing hardship because of the Covid pandemic. The streaming service — home to Waller-Bridge’s hit series Fleabag outside the UK — is also handing £1million to the Film and TV Charity’s virus response effort. Waller-Bridge, Colman and Theatre Community Fund co-founder Francesca Moody said: ‘We’re utterly blown away to have such an extraordinary level of support. Our theatre community has never been more threatened.’

Another 1,000 detained over election unrest

MORE than 1,000 people were arrested on a third night of protests over the result of Belarus’s presidential election. Officers fired rubber bullets at crowds in the capital Minsk. In total, 6,000 arrests have been made in 25 cities since Alexander Lukashenko won a sixth presidential term on Sunday amid claims of vote-rigging. State news agency Belta claimed that protesters were paid to cause unrest. Human rights group Viasna said people hurt in clashes were being treated ‘not as victims but as enemies of Belarus’. Thirty journalists reporting on rallies have also been held. Mr Lukashenko, in power since 1994, was condemned by the EU for the attacks on protesters. 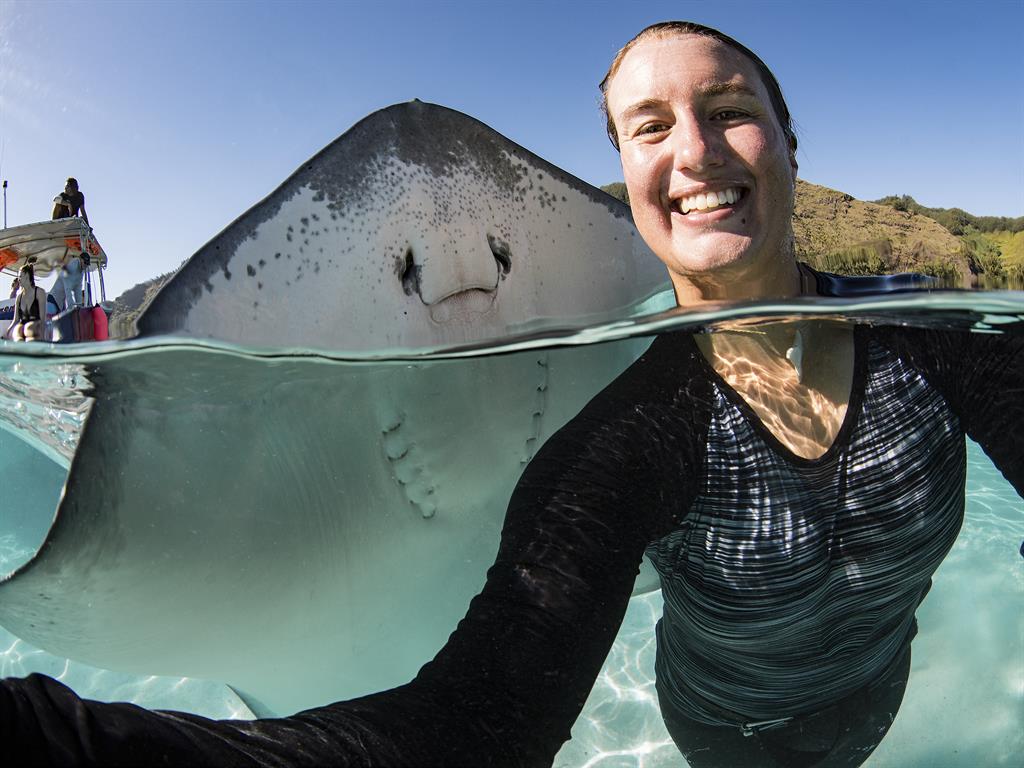 A SCUBA diver poses for a selfie with a giant ‘smiling’ stingray. Cassie Jensen, 31, was joined by the fish while swimming off Mo’orea island in the south Pacific. ‘She posed for me for a few seconds, flapping her wings to stay out of the water, then plopped back in and swam off,’ said Cassie, from Florida. PICTURE: CATERS

■ A PROJECT to reintroduce a butterfly once declared extinct in Britain has been hailed a success. An estimated 750 blue butterflies were bred at Rodborough Common, Gloucestershire, over the summer.

■ LOVE me ’do… a barber who cut Paul McCartney’s Beatles mop-top is hanging up his scissors after 65 years. Brian Higgins, 79, gave the star a trim when he popped into his Worcester shop before a 1963 gig.

■ A MUM who craved KFC while pregnant decided to name her baby boy Harland — the first name of Colonel Sanders. Jessica Kelly and husband Michael, of Rainham, Kent, then found out little Harland and the colonel share a birthday.

■ AT LEAST three people were killed in violence sparked by a Facebook post considered offensive to Islam. Hundreds of Muslims attacked a police station and a politician’s home in the southern Indian city of Bengaluru.

■ A CITY has voted to remove a monument to Confederate soldiers who fought in the US Civil War after complaints it symbolised ‘bigotry and hatred’. The statue has stood in Newport News, Virginia, since 1909.

■ PLANS to make child marriage legal in Somalia have sparked an outcry. A bill being considered by MPs must be withdrawn to prevent a ‘major setback in the fight against sexual violence’, said the UN.