A WHITE supremacist serving a life sentence for a racist murder and bombing mosques has admitted making an explosive substance in his jail cell. Chemical engineer Pavlo Lapshyn (pictured), 32, used several ingredients to form the potentially deadly cocktail at HMP Wakefield. He could be heard singing during the Leeds crown court hearing and was jailed for a further two years.

HOLLYWOOD censors its films purely to placate China and avoid losing billions of dollars at the country’s box office, a damning report has claimed. Filmmakers are increasingly making decisions about their movies — including the content, casting, plot and dialogue — to appease censors in Beijing, free speech group PEN America says. Examples listed in the report include Marvel’s 2016 superhero film Dr Strange, which is accused of whitewashing a major Tibetan character. American films earned about £2billion in China last year.

THOUSANDS of Britons have found love, saved a life — and even learned how to create one — after watching online tutorials. One in ten says they have had success by using ‘how to date’ guides, while five per cent have put life-saving tips to good use and ten per cent have conceived a child thanks to self-help videos, a poll by Vision Direct found.

A WILDLIFE trust has been slammed over plans to turn a beauty spot into a holiday venue. The £400,000 Tretawdy Farm and Nature Reserve in Wye Valley was bequeathed to Herefordshire Wildlife Trust. But the trust plans to convert two barns into group accommodation to boost ‘green tourism’ — which locals fear will attract ‘hen and stag parties’.

Congestion charge ‘is a slap in face’ for police

HUNDREDS of police officers are paying up to £300-a-month to drive to work after being refused exemption from London’s congestion charge, a poll shows. The charge was suspended in March because of Covid-19 but brought back in May before going up to £15 a day in June. NHS staff and carers are exempt and it is a ‘slap in the face’ that officers keeping the public safe have to pay, said Met Police Federation chairman Ken Marsh. Transport for London said police are able to travel on buses and Tubes for free.

THE New Zealand man found guilty of murdering British backpacker Grace Millane has appealed against his conviction and punishment. The 28-year-old, who can’t be named under New Zealand law, strangled Grace after they met via Tinder. He said she wanted choking during sex and died by mistake. The jury disbelieved him but his lawyers say too much weight was put on his ‘abhorrent’ bid to avoid discovery by putting Grace’s body in a suitcase and burying it in a forest.

Wife finds deadly king as she goes to sit on throne 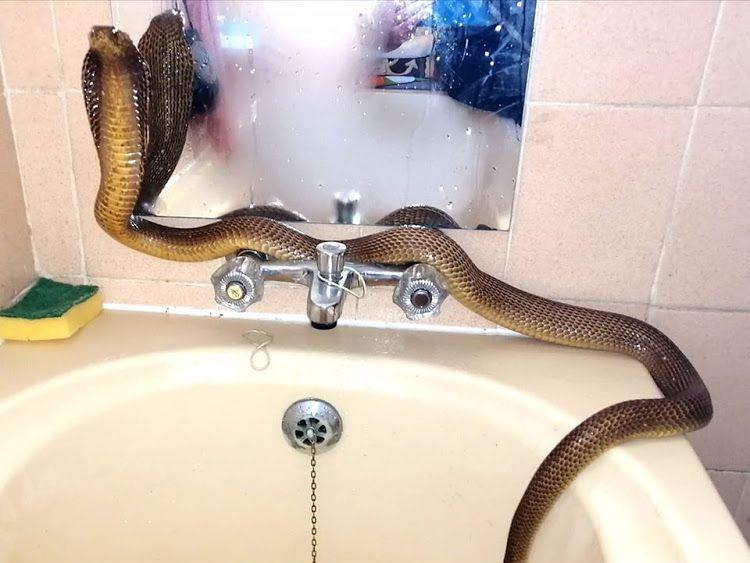 A SNAKE-LOVER landed in hot water when his wife found a king cobra in their bath. Andre du Preez, 54, had rescued the 6ft killer from a building site in Western Cape, South Africa. He ran a bath to keep it warm and had gone to get a tank for it when wife Tossie, 55, came home ‘busting for the loo’. She screamed and fled.

Polish president shunned as he is sworn in

MOST opposition MPs stayed away to show their disapproval as Poland’s conservative president was sworn in for a second term. Critics accuse Andrzej Duda of disregarding the constitution and failing to rein in the ruling right-wing party, Law and Justice. Policies such as curbs on the powers of judges have put Poland at odds with the EU. Mr Duda won 51 per cent of the votes in a July 12 election run-off against Warsaw’s liberal mayor Rafal Trzaskowski. 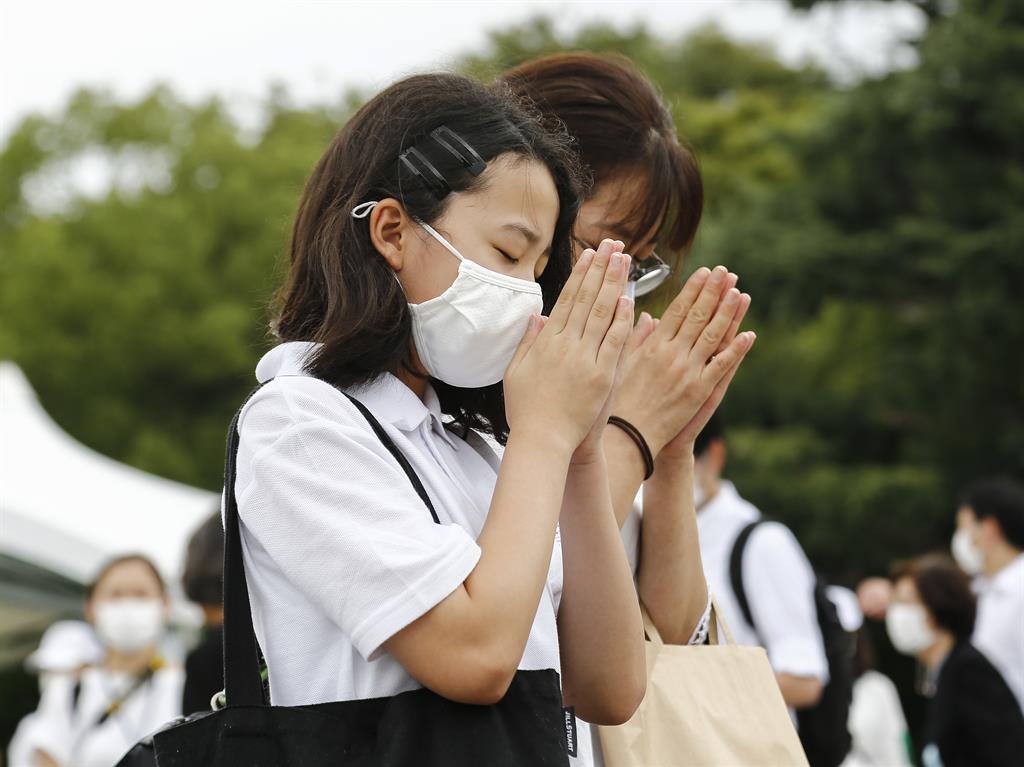 SURVIVORS of the atomic bombing of Hiroshima have called on Japan to commit to nuclear disarmament at a ceremony marking 75 years since the attack. The city’s mayor, Kazumi Matsui, highlighted what those who cheated death on August 6, 1945, call Tokyo’s ‘hypocrisy’ in not signing the 2017 UN nuclear weapons treaty.

■ TWO thieves tried to blast open an ATM at a Hamilton shopping mall with seven homemade pipe bombs, New Zealand police said. Only one detonated and one partly exploded before the masked pair ran off.

■ MORE than 50,000 people have been hit by seasonal floods that have swept through 14 of 18 Sudan states, the UN said. At least 600 in North Darfur are ‘in dire need’ after a flash flood at a temporary camp.

■ THE world’s smallest and rarest wild pigs have been hit by India’s first African swine fever outbreak. Breeding centres for the 10in-tall pygmy hogs were put in lockdown in Assam amid fears the virus ‘can wipe out the whole population’.

■ WINDSOR Castle will open its East Terrace Garden to the public for the first time in more than 40 years this weekend. The garden was built by George IV in the 1820s and redesigned by Prince Philip in 1971. During World War II, the Queen grew vegetables in it.

■ AN ESCAPED pet terrapin swam for two miles down a river and into the sea. The tiny turtle was found on the beach at Perranporth in Cornwall and reunited with its owners by the RNLI after a Facebook appeal.

■ SIR Michael Palin will revisit four of his most famous travel series in a documentary for BBC Two. The four-part Michael Palin’s Travels will feature clips, interviews with celebrity fans and readings from Sir Michael’s diary entries.

■ A BEACH hut worth £40,000 is charred beyond repair after a still-lit barbecue was dumped in a nearby bin. Mark and Mary Gillmore, who bought the hut in Southwold, Suffolk, in 2014, said the grill ‘should never have been put there’.

■ A SERIAL burglar who pilfered Beatles memorabilia while out on licence has been told to Get Back to prison. Keiran Wade, 40, stole a set of Fab Four gig programmes during three Kent raids. He was jailed for four-and-a-half years.